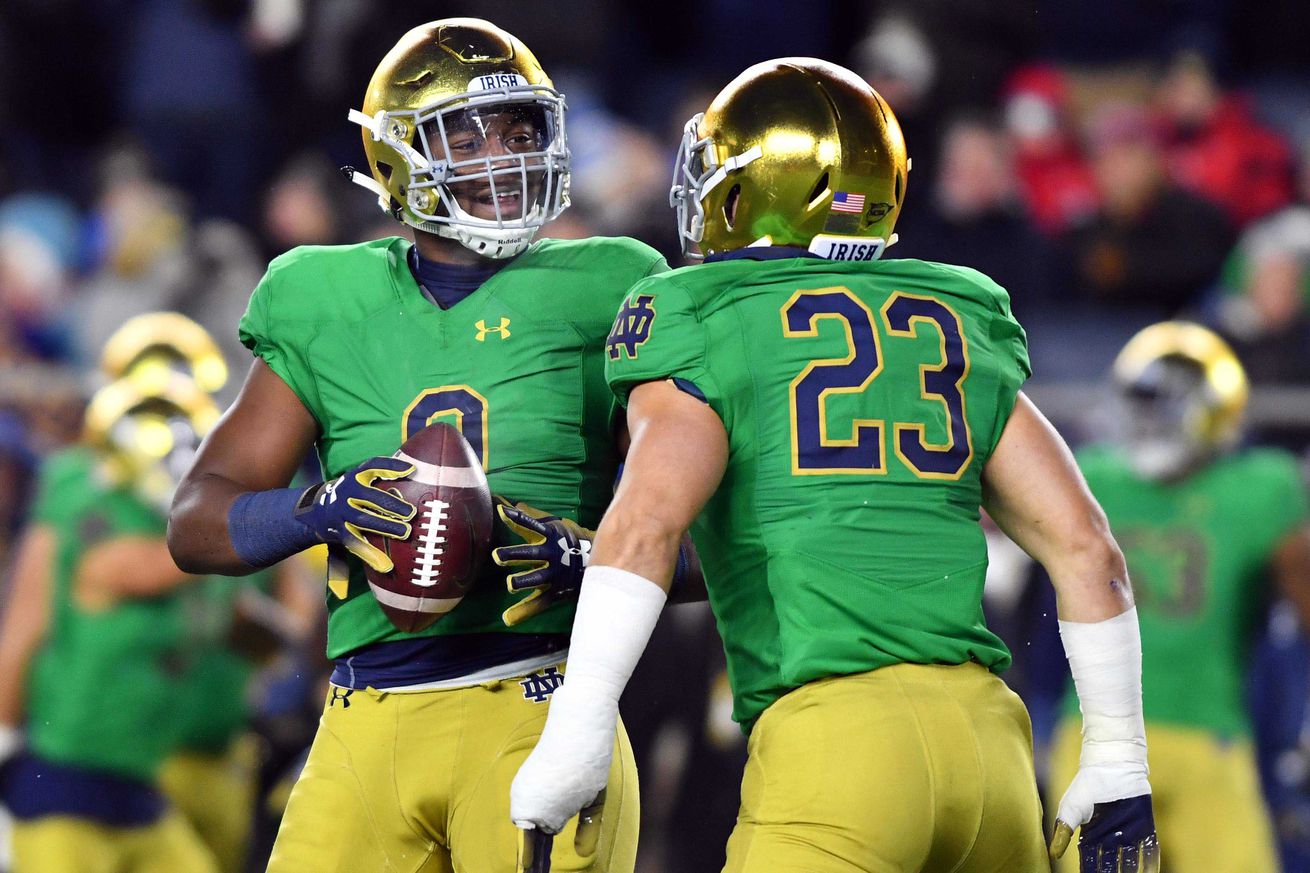 The beast is coming back for one more year

Daelin Hayes will be entering his fifth season with the Irish when the 2020 season starts. In his first three years on the team, he was an absolute monster. He was a highly-touted recruit out of Ann Arbor Skyline High School, hailing from the great 734 area code.* With the 2016 season being so abysmal, he was a shining light as a freshman. With him on the defensive line, you could tell there was promise in the defense. He worked his dominance, speed, and ability to beat offensive lines and get to QBs. In 2018, the season the team made the College Football Playoff, he recorded 32 total tackles, 2 sacks, and 1 forced fumble. He was a machine, and a great compliment to Jerry Tillery and the rest of the defensive line.

*Side note: Daelin had a pretty badass signing day video

Unfortunately for Daelin, he injured his shoulder in the fourth game of the season against UVA last season. He didn’t even get to record any stats in that game, that’s how early he got hurt. Hayes injured his right labrum, and he required shoulder surgery. That surgery and the recovery sidelined him for the rest of the 2019 season. Because he is awesome, Daelin declared pretty early (actually just a couple days after he was hurt in September of 2019) that he would return for his fifth year. That softened the blow of his injury for Irish fans. He had only played in four games, and that qualifies him to be allowed a redshirt season. It is very exciting to know we will have his explosiveness and speed back on the D-Line in 2020.

I mean, he has to be the Dark Knight after his video but also after his injury. We saw a fantastic defense from the 2019 squad. He will come back to eradicate evil using his hands as his weapons.

Daelin Hayes should be a player we see pick up right where he left off when he got injured. He was already dominating in his three games of stats last season. He is quick off the snap, a powerful tackler, and he knows how to rush the QB effectively. I see him having a monstorous final season, being the anchor of the defensive line.