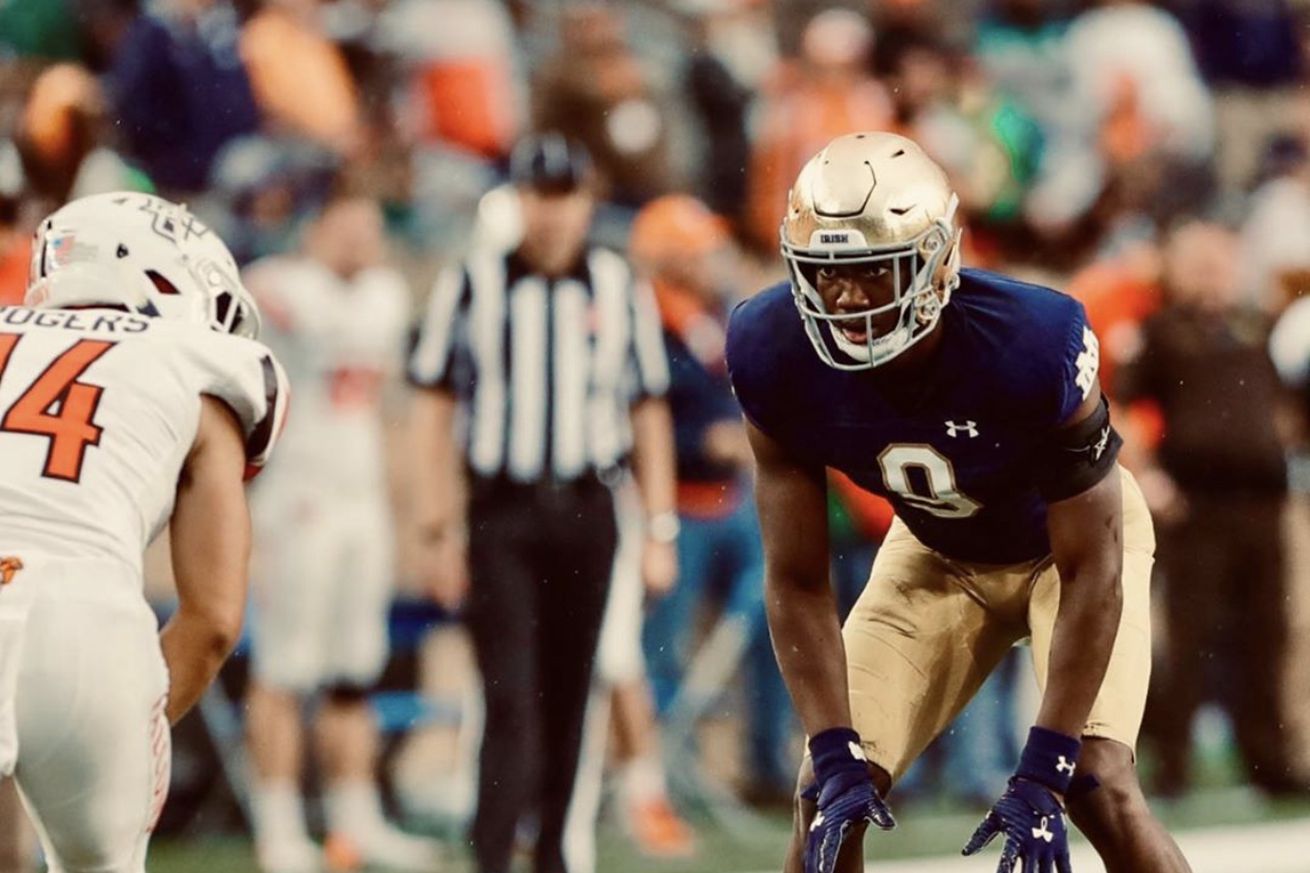 Irish fans can expect one strong comeback from Cam Hart.

Cam Hart may have only played three games last season, but Irish fans have seen enough to predict he will be an aggressive force in the coming season. This sophomore will have something to prove as he heads into a new season in recovery mode. At Our Lady of Good Counsel High School in Olney, Maryland, Hart demanded attention as a two-way standout, and attracted Irish eyes with defining physicality and versatility. After putting on the blue and gold as a freshman WR last season, he was eventually moved over to defense to play cornerback. He showed a lot of promise as a corner and was listed on the depth chart over freshman corners K.J. Wallace and Isaiah Rutherford. A shoulder injury, however, dashed his chances to truly prove his adaptability at the collegiate level.

Coach Brian Kelly spoke about the healing process for Hart in the beginning of spring practice. Kelly, quoted in an NDInsider article, said “He really wants to be out there, and I think we’re being very cautious, but I think aggressive, with Cam.”

Andy Stefanelli, Hart’s high school coach, has highlighted the benefit of switching Hart from safety to cornerback during his senior season. Overall, it looks like Kelly has Hart in the right spot to heal and become a contributor this year. Hart has Kelly’s and Lea’s confidence it would seem, and a size advantage over Irish cornerback starters Shaun Crawford and TaRiq Bracy gives the Irish another option when needed. If Hart keeps the focus on getting healthier, then Irish fans can expect true impact from the sophomore.