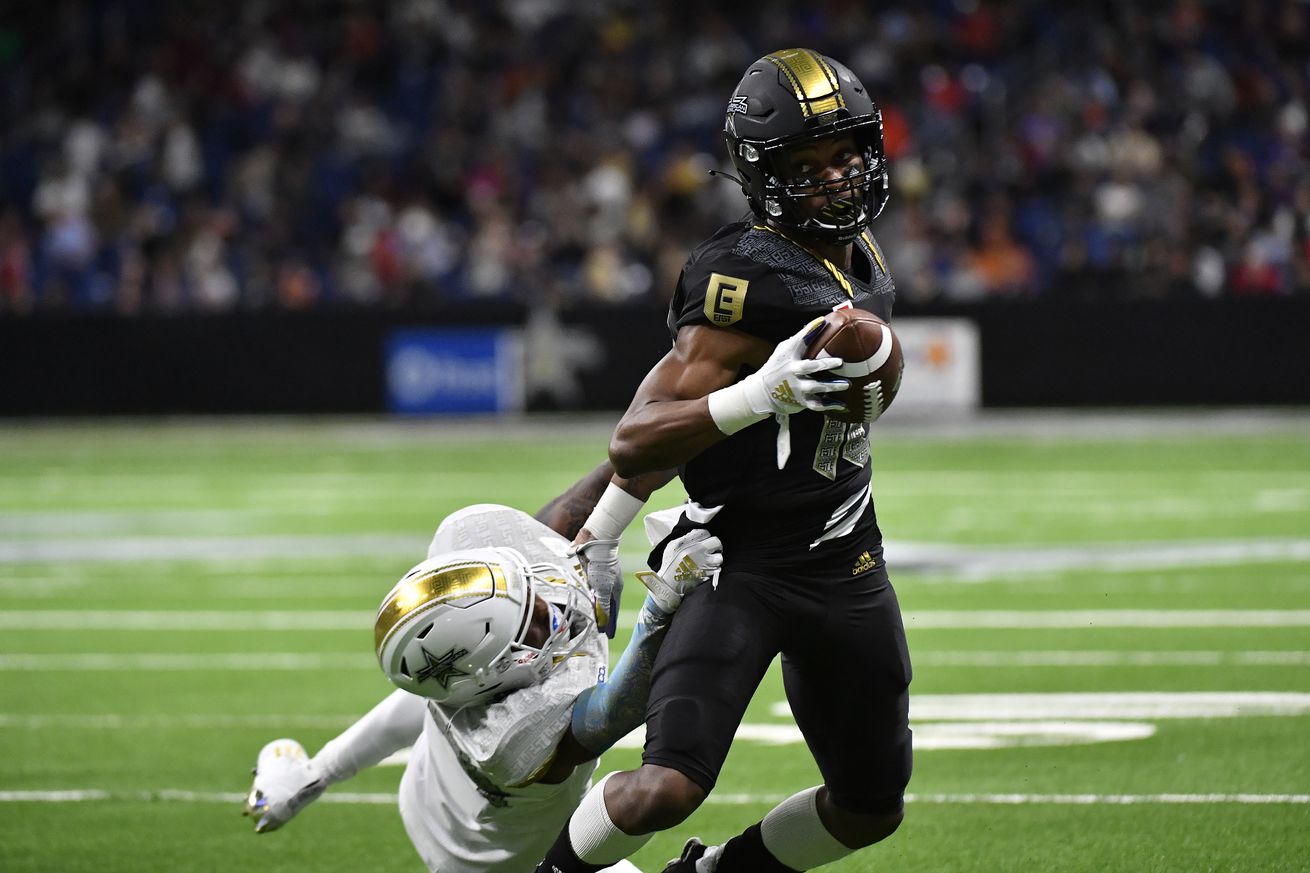 A freshman wild card on the outside

A borderline five-star recruit from DeSmet High School in St. Louis, Jordan Johnson comes to Notre Dame with high expectations. He was the #36 overall player, #6 wide receiver and #2 Missourian in the class of 2020. Johnson committed to Notre Dame on April 6, 2019 over offers from the Ohio State Buckeyes, Florida Gators, Alabama Crimson Tide and many, many more.

Johnson stood out as a recruit for his mastery of receiving nuances – footwork around the sidelines and the back of the end zone, hip movement, jump timing, concentration – which often take years for college players to learn, as well as his long frame, speed and uncommon YAC ability for a player of his size (6’2”, 180 pounds). His skills and physical tools give him all the hallmarks of a true #1 receiver.

The jaguar is sleek, stealthy, fast and powerful – a truly versatile and impressive predator with no weaknesses in its natural environment.

I don’t know what it is, but something about Johnson’s playing style just reminds me of this – agile and sleek, while also aggressive, powerful and swift.

Notre Dame is pretty deep at wide receiver and Johnson probably needs to add some weight to strengthen his long frame. That said, I’d still be shocked if Johnson didn’t get real action – more than four games, and real-time snaps – in 2020. His playmaking ability and receiving skills are game-ready, and Johnson is not a five-year player. He is probably not even a four-year player. Expect to see him get a few snaps on the outside every game, and get targeted. Ian Book has to be excited to have this guy as a new part of his receiving corps.