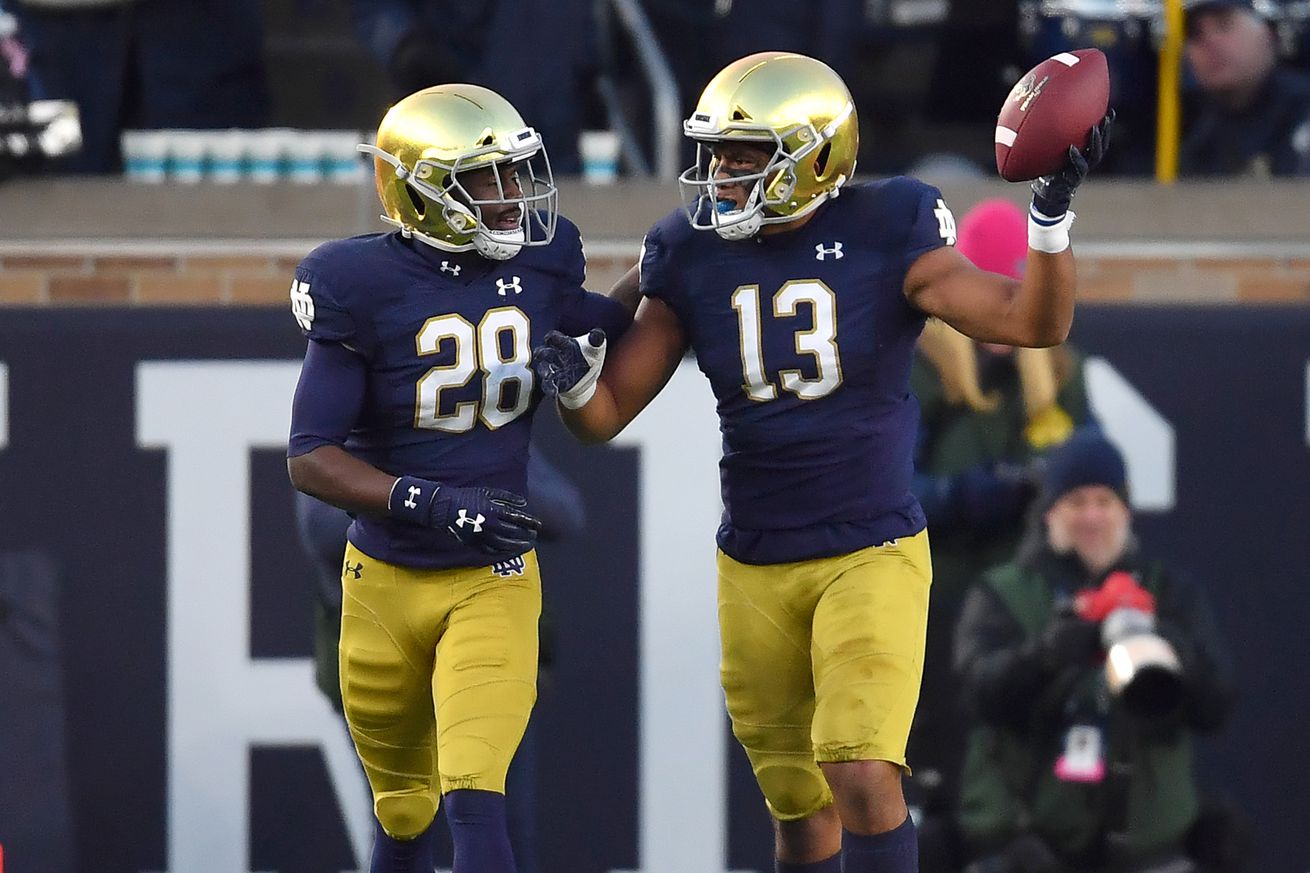 The Local Mishawaka Product is Up Next

Moala is a very, very good football player. He played on all special teams units and filled in situationally at Rover for one of most explosive/productive players on the roster in Jeremiah Owusu-Koramoah. He finished the year with 14 tackles, 1TFL, 2 QB hurries, and a forced “fumble” recovery for a touchdown. As you see below, this was a straight robbery and one of the more instinctive/athletic plays you will see in college football. He would have played even more if JOK had not been so dominant. The local Penn High School product enters his Junior year with high hopes and a lot of confidence.

I love the Rock. I love Paul Moala. This picture is just oozing with swag from the chain, down through the watch, and finally with that luscious fanny back. I spoke with Paul briefly after the Spring Game last year, and he was humble, but had tons of confidence. I could tell there was a lot going on and he seems like someone who could rock the shit out of fanny pack. Also, anyone who picks off an option pitch can brag forever (this was always a dream of mine).

Moala was heading into Spring as a solid #2 at Rover, but was most likely going to get a look at the vacant Buck position as well. He is clearly a smart player who the coaches trust to handle multiple roles/positions. His versatility will allow him to play more at linebacker, especially as the coaches will want to move around JOK. At the very least, Moala will be a staple player on all special teams units as he has been over the last 2 years. #13 is shaping up to have a very solid year for the Irish.