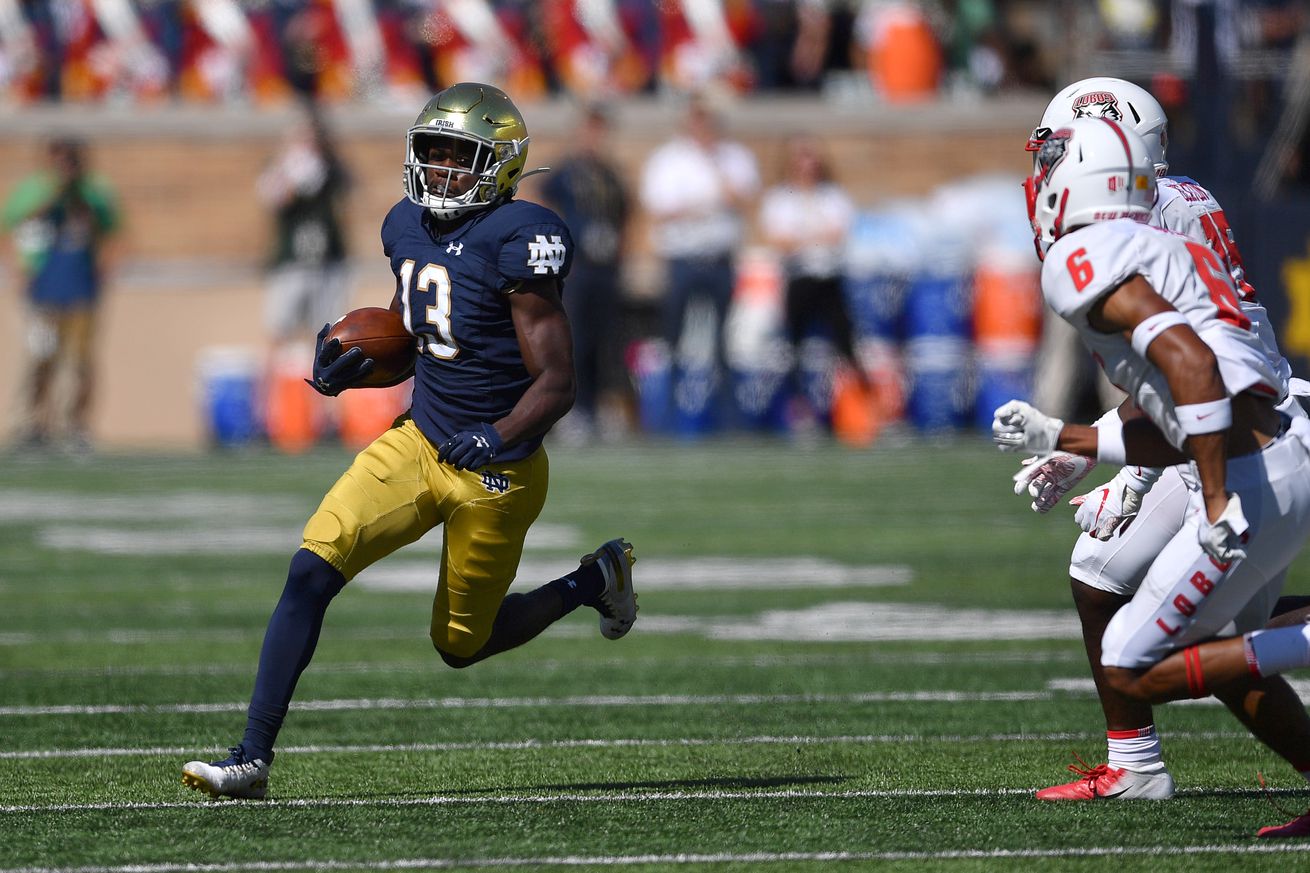 In the right slot

Keys is a 5’10”, 173-pound junior from New Orleans, where attended McDonogh 35 High School. Keys was a four-star prospect and held offers from around the country, but was seriously considering the LSU Tigers, Texas Longhorns and SMU Mustangs in addition to Notre Dame. He waited to commit until National Signing Day, joining a stellar Irish receiving class alongside Braden Lenzy, Kevin Austin and Micah Jones. Keys was rated the #286 overall player and #79 receiver in the country, while ranking #17 overall in his home state of Louisiana.

A fast and shifty runner with strong hands, Keys is a prototypical athlete for the slot receiver position, which is where he started on an intermittent basis in 2019 after taking a redshirt year in 2018. He was limited in the middle of the season by an undisclosed injury suffered against the Virginia Cavaliers, which caused him to miss the entire month of October. Although he didn’t catch any touchdowns, Keys made several big plays, including a big-time contested catch to move the chains on the drive that gave the Irish a halftime lead against the Georgia Bulldogs, and a sideline grab on a desperation heave by a scrambling Ian Book against the Navy Midshipmen. In total, Keys caught 13 passes for 134 yards in 2019.

Also known as the American cobra, this snake is, like Lawrence Keys, native to New Orleans. It does not immediately appear dangerous – unlike most members of the cobra family, it does not rear or produce a hood, and due to its color scheme it is often mistaken for the harmless scarlet king snake – but it is actually very dangerous. Only the black mamba packs more poison per bite than this bad boy. By the time he has snuck up on you, it’s already too late.

Like his serpentine counterpart, Keys does not appear physically imposing, but he can be lethal in the passing game with his speed, hands, and ability to navigate narrow running lanes. He is also quietly confident in a way that sneaks up on opponents and fans alike: this is a guy who walked into Sanford Stadium in his third career start, took a handoff for a first down on the second play of the game and made a clutch catch with a legit SEC starter draped all over him later in the half. If that doesn’t seem like a deadly, cool-ass American cobra I don’t know what does.

With the departure of Chris Finke, Keys looks to be the #1 guy in the slot going into 2020. Although the Irish are loaded with talent at receiver, Keys has the perfect physical skills for the slot role and the experience to get the nod over younger players. Ian Book returns at quarterback with a high level of proficiency in the short-to-intermediate passing game, so I’d expect a very active and productive year from Keys in 2020.