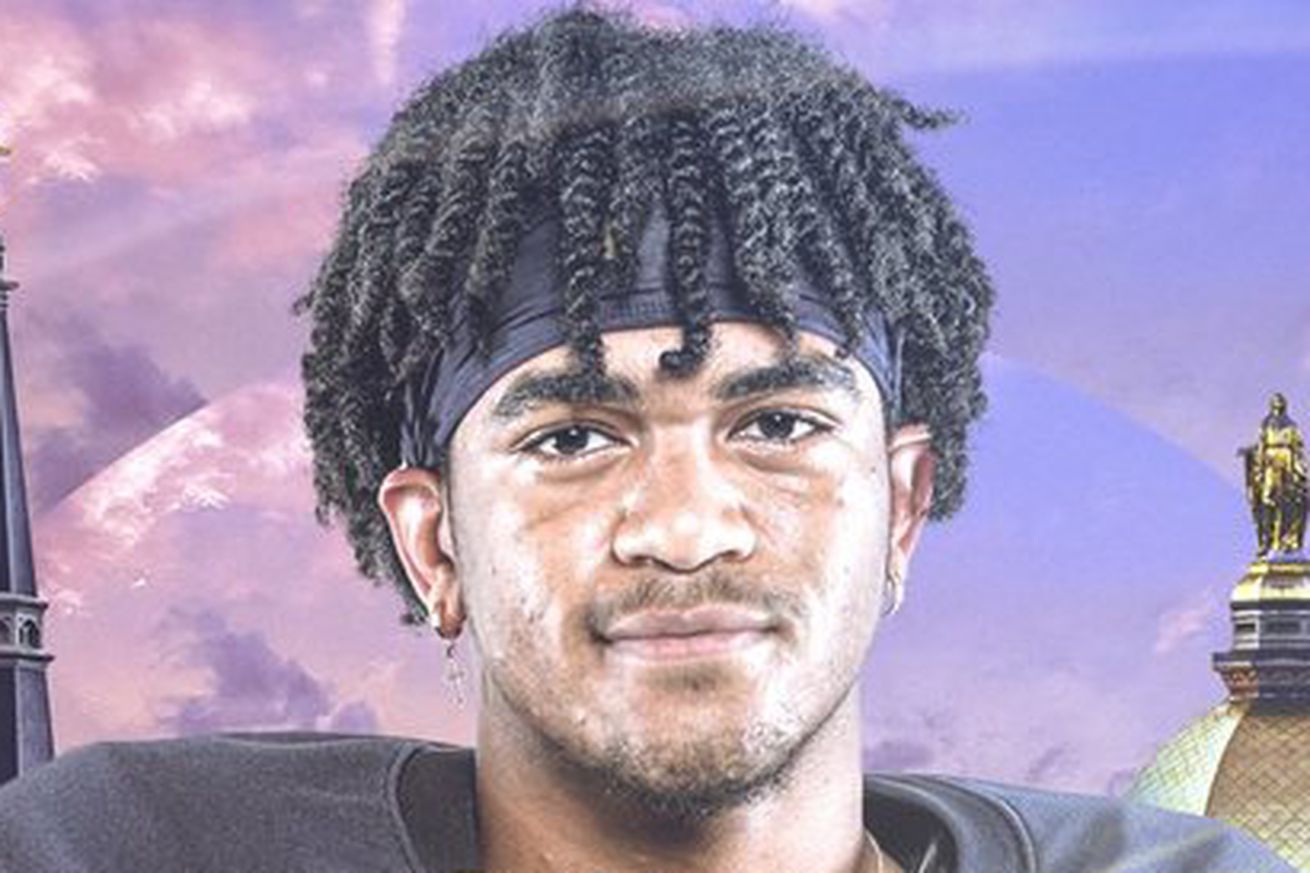 The early enrollee cornerback committed AND signed with the Irish on Early Signing Day in December — what kind of last-minute player did Notre Dame get?

With losses over the past couple off-seasons of Julian Love, Troy Pride Jr., and Donte Vaughn moving on from the team, and with the previously-uncertain decision of Shaun Crawford to return for one final season in an Irish uniform (Crawford has since decided to play a 6th year at ND), there was a desperate need for cornerback depth in the 2020 recruiting class heading into Early Signing Day in December.

The Irish coaching staff had already locked up commitments from a few 3-star defensive backs, including Clarence Lewis, Caleb Offord, and Landen Bartleson (Bartleson has since been arrested for burglary and dismissed from his scholarship). However, they felt they should add another athlete to the defensive backfield if he brought the right size and athleticism, which is why it was a no-brainer to convince a talented 6’3”, 180-pound player from Bakersfield, California to commit and sign a letter of intent.

Ramon Henderson was rated a 3-star recruit on Rivals, ESPN, and in the 247Sports Composite rankings, but did get a 4th star from 247Sports themselves as the #13 “athlete” prospect in the nation and the 25th best recruit in California.

His size and ball skills were very intriguing to this coaching staff, as his high school production showed good hands (29 receptions for 581 yards and 7 TDs) and excellent defensive instincts (9 passes defended). He also ran track for his high school, Liberty, and so despite his length, he can move pretty well in sticking with speedy receivers.

Henderson had a quick turnaround between signing his LOI and heading to South Bend, considering he enrolled early in January to get to work on adjusting to college and to get started on learning Clark Lea’s defense and training with the squad.

Let me first just say that this is pretty high praise from me, as giraffes are my favorite animals. They’re tall and funny and just awesome, majestic creatures.

Ramon Henderson is like a baby version of that. He’s got height and projects to grow into the real deal at corner, but right now he’s a new addition to this ND football world and isn’t yet ready to be a fully-contributing defensive back out there in crunch time. With that said, he could be tossed into special teams immediately and probably make some plays, but also make some mistakes, similar to a baby giraffe scrambling around, trying to find its footing among the giants.

I can’t wait to see how “tall” Henderson grows in his time at ND, and how much he develops into a stud adult giraffe who can lock down all sorts of opposing receivers.

Even with his early enrollment, Henderson likely will not see the field as a true freshman. He’ll likely start out 3rd or 4th on the depth chart at the Boundary cornerback position, where TaRiq Bracy will almost certainly be the starter. Sophomores Cam Hart and K.J. Wallace will also start out ahead of the rangy frosh on the depth chart.

So, there’s a strong chance Henderson redshirts, unless he either really dazzles whenever practice is able to happen, or unless Brian Polian needs him on special teams, considering his length and athleticism and speed.

Otherwise, I’d expect Henderson to spend 2020 learning and playing on the scout team before becoming a special teams contributor in 2021 and a major contributor as an upperclassman in the secondary in 2022 and beyond.