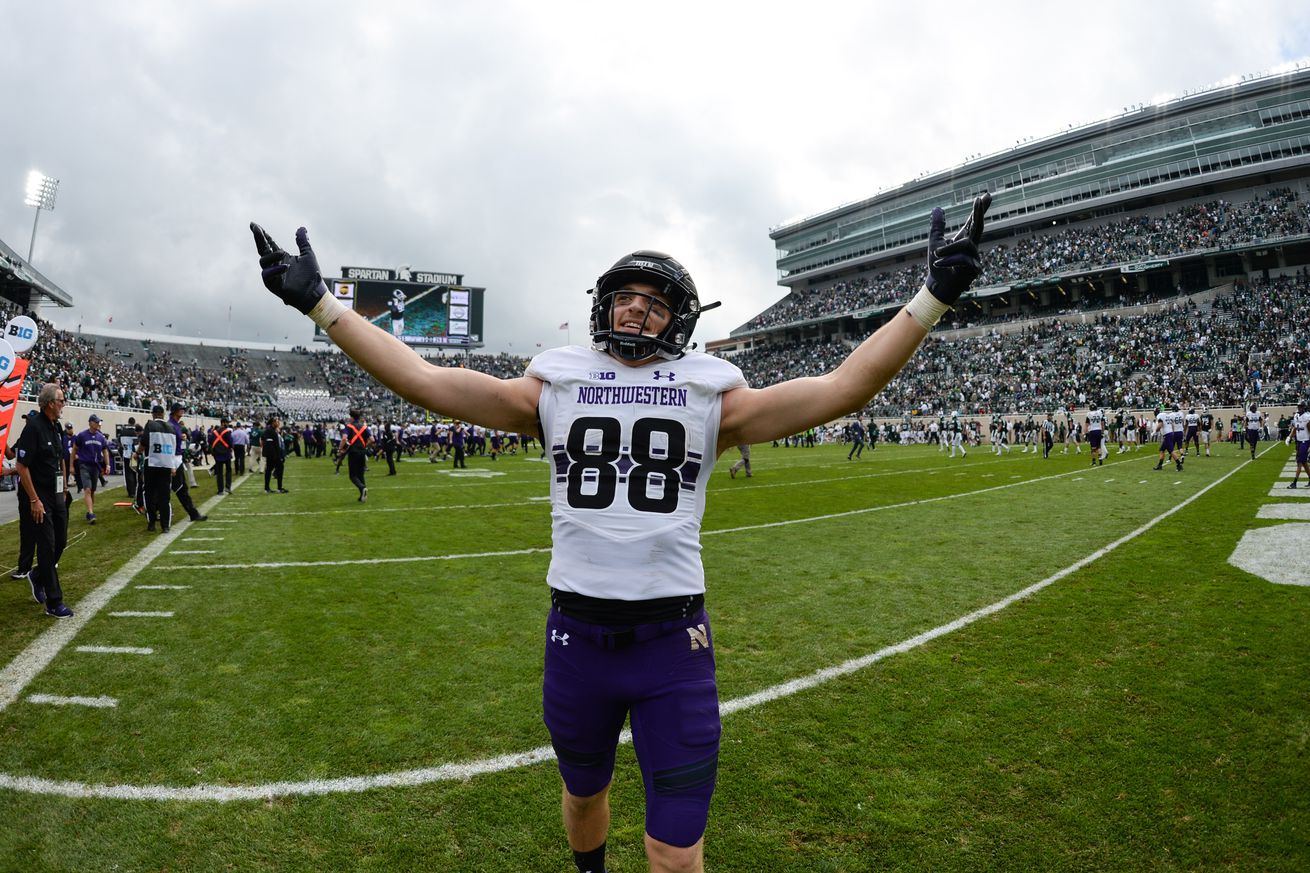 Should Fans Expect Skowronek to be a One Year Wonder in South Bend?

Ben Skowronek gave his verbal commitment to the Northwestern Wildcats in June of 2015 and signed with the program in February of 2016. He chose the Wildcats over offers from Iowa, Purdue, Indiana, Boston College, and Cincinnati. Per 247Sports Composite rankings, he was a 3-star prospect, the 118th best wide receiver in the 2016 class, and 11th best prospect in the state of Indiana. Skowronek attended Homestead High School and grew up in Fort Wayne Indiana.

He saw action immediately as a freshman and played four years at Northwestern. His most iconic moment occurred in 2018 when he hauled in a diving 32 yard touchdown pass to secure a 14-10 victory over the Iowa Hawkeyes. This win clinched the 2018 Big Ten West title for Northwestern. After being named a captain for his senior season, Skowronek’s 2019 season was cut short after three games due to a severe high ankle sprain. The injury required surgery, thus preserving a 5th year of eligibility.

After he entered the transfer portal, Notre Dame hosted Skowronek for a visit that coincided with The Echoes banquet. He announced his decision to transfer to Notre Dame on January 1, 2020. Skowronek ended his Northwestern career with 43 games played, 110 receptions for 1,417 receiving yards, and 8 touchdowns.

Most old dogs still love a game of fetch; much like Ben Skowronek still loves the game after four years of collegiate football. Though Skowronek may not flash it as often as the young pups on the roster, he still has an athletic burst. Most importantly, they offer a steadying presence to their families and provide comfort to those around them.

After one spring practice it is tough to get any sort of reliable read on what the depth chart was going to look like. It is safe to assume that Skowronek, who stands 6’ 4’’ and weighs 224 lbs, will not be playing the slot. Kevin Austin appears to be a better fit at the Boundary Wide Receiver. Skowronek and Braden Lenzy would seemingly be the two players vying for the starting position as the Field Wide Receiver, though one has to believe Lenzy has the inside track based on the end of his 2019 season.

Skowronek figures to see ample playing time regardless of his position as he is the most experienced and productive player the Irish have at wide receiver. My guess is that he slots behind Lenzy at the Field position and provides a dependable 4th receiving option for Ian Book. He may not produce the most eye-popping stats. However, he will provide savvy and leadership at a position currently filled with a multitude of question marks.