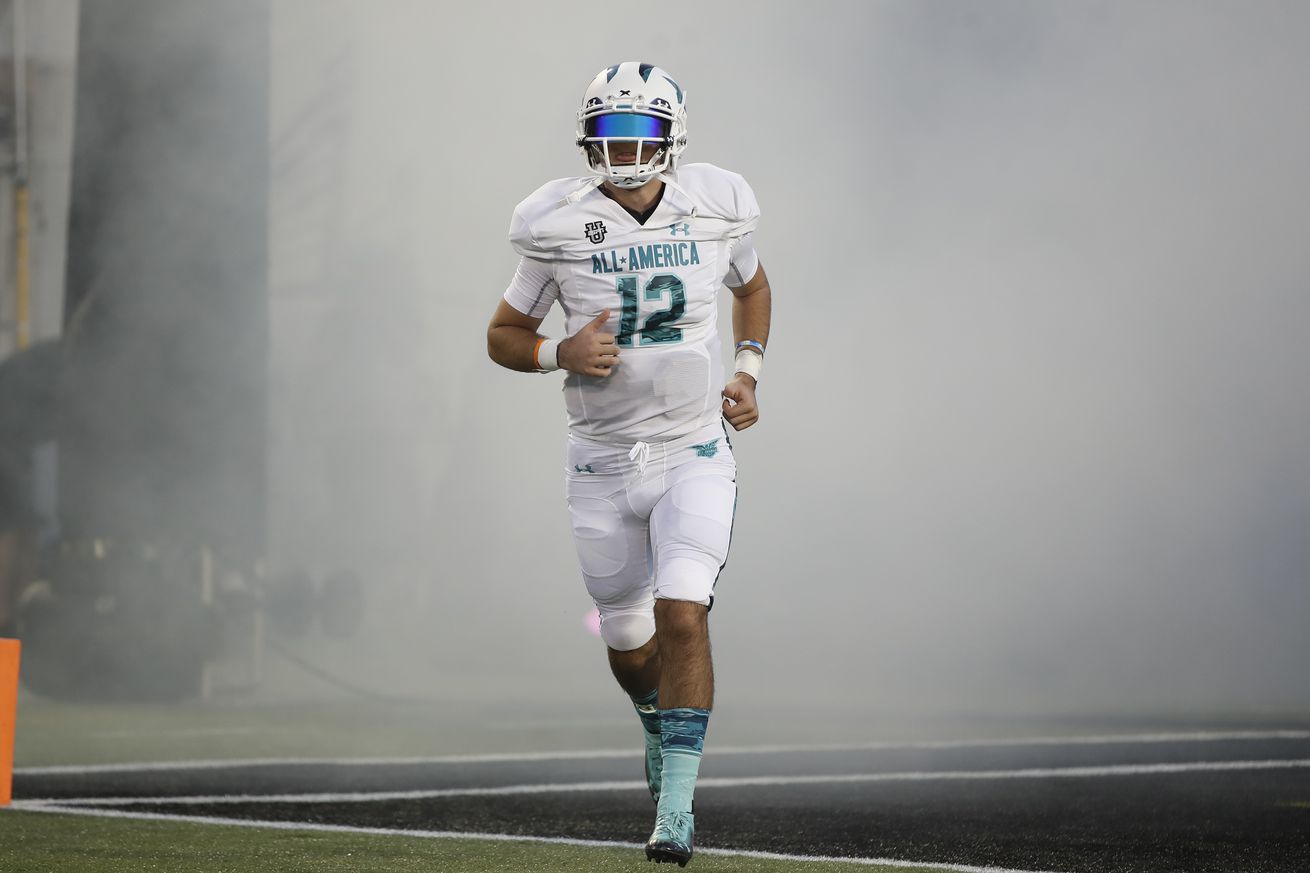 The Early Enrollee Quarterback is up next!

Drew to the Coronavirus (we’re having fun already folks) we won’t get to see much of the early enrollee Freshman quarterback from Connecticut until (hopefully) Summer Camp kicks off. With the departure of Phil Jurkovec, he immediately steps into the number 3 roll, and as the season carries on, could have a fair shot at the backup roll. Pyne is known for being a technician with his footwork and quick release, which provides accurate passes with great spin on the ball. He will not wow any one with his deep ball arm strength, but has more than enough zip to hit every timing route, even deeper outs. He was a consensus 4 star and top 150 prospect, albeit against a relatively low bar of competition. Pyne put some of the competition chirps to rest with a great performance at the Under Armor All American bowl, going 9-11 with 121 yards and a beautiful touchdown throw.

I’ll be honest, I really like Pyne. He does not have wild physical tools, but is clearly a very very good football player. He seems like someone who will have a focused approach and be ready when his time is called. It may not be this year, but Pyne will see significant time for the Irish over the course of his career.

These cars are very reliable. Pyne will come in and be reliable and not flashy if forced into action this year. Once he gets in the weight room and learns the ropes, he can move up, but until then, a gently used Honda is a what we are working with! (as a Honda owner I strongly approve). Plus, he has leather interior and the nav system, so definitely some bells and whistles!

Hopefully Pyne will not be needed at all in 2020. He should be a solid third string quarterback, primarily getting scout team reps. It will be great for him to be in the room with Ian Book and Brendan Clark, 2 guys who will push him intellectually and physically. He will most likely play in 2-3 games for some mop-up duty a-la Clark last year. I think when he comes in, we will see some glimpses of the future, which is an athletic, smart quarterback who can effectively run Tommy’s Offense. What makes me most excited about his is between his ears, which makes his ceiling quite high.