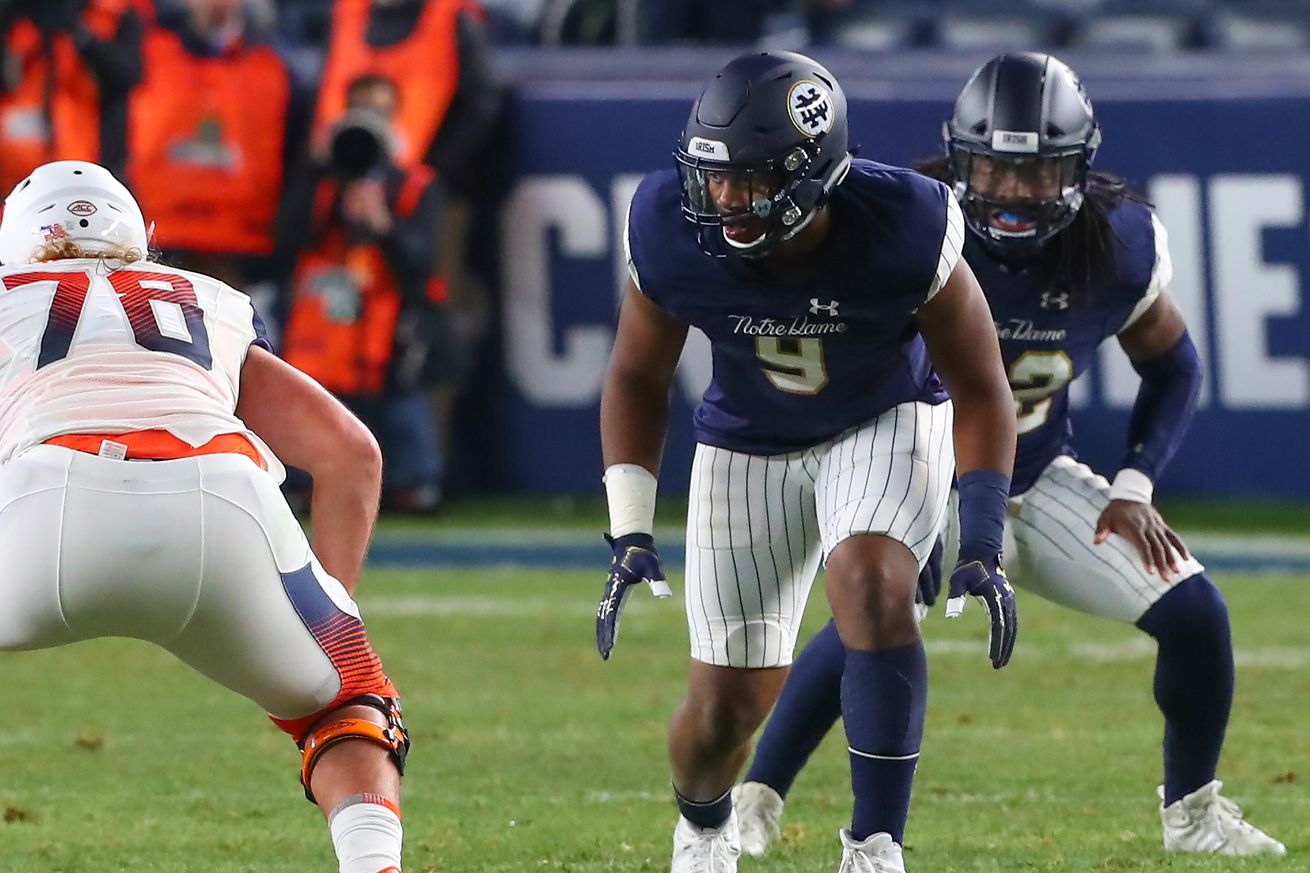 We skip and hop into another Triple Option as the Notre Dame Fighting Irish are just 8 days away from kicking off the 2020 season against the Duke Blue Devils in South Bend.

SPEAKING OF GAMES IN SOUTH BEND…

The Irish will play host to the Syracuse Orange on December 5th to end the regular season. It’s the only Notre Dame home game that doesn’t have a scheduled kickoff time right now — though it’s extremely unlikely that this game is played in prime time. Whatever the kickoff time ends up being, Jack Swarbrick has left the option open of allowing fans to be in the stadium.

The band will play … but won’t march. … There is the possibility the general public will be able to attend the Syracuse game on Dec. 5 … and more.https://t.co/kMZFUYaM3w

Who said Urban Meyer was a liar? Certainly not me — nor any Irish fan that I know. Watch him lay down the most honest of takes about Notre Dame’s 2020 outlook.

Well… if it came out of Urban Meyer’s mouth — ITS GOTS TO BE TRUE pic.twitter.com/qqTwMTn1L6

THE CHARITY OF NOTRE DAME

Look at Notre Dame just freely providing content for everyone around the country. Hell, even the SEC sycophants over at Saturday Down South want in on this action.

No one at Notre Dame needs to worry about myocarditis, because this is heartless: https://t.co/NfrS0gCCsd

The news about the Oklahoma Sooners being part of another pay-per-view game triggered a few memories. Remember that game the Army Black Knights almost won in 2018? Remember watching it on a Periscope feed because it too was on pay-per-view? I sure do, and it raises another interesting question — what would you pay to watch the Irish for one game?

How much would you pay to watch a Notre Dame football game on TV? https://t.co/eiRlM5CxLI