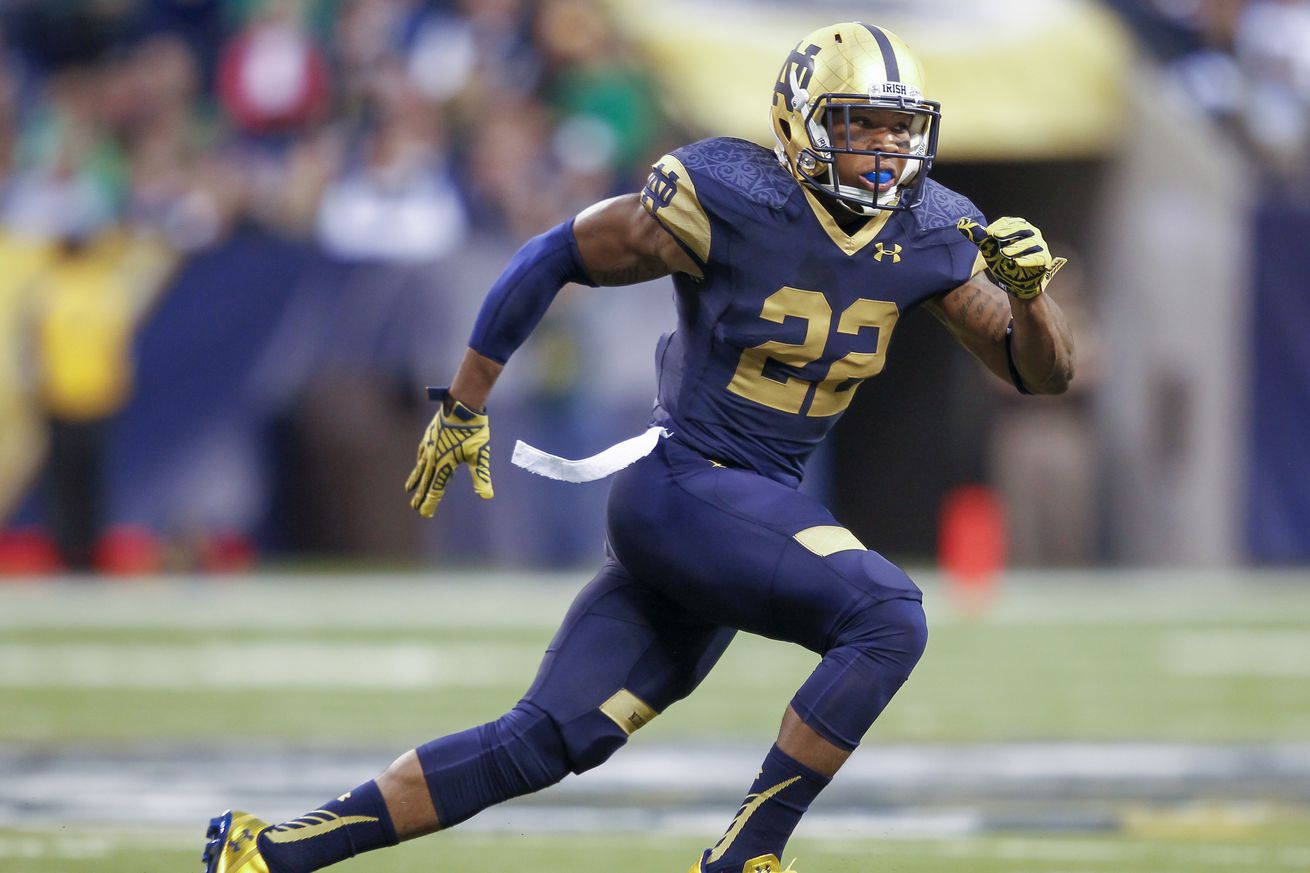 We are swiftly moving on to ROUND 2 of our tournament for the best Notre Dame Fighting Irish football alternate uniform.

The first round humanely put down some of the worst alternate uniforms, but there were also some small upsets (at least in my eyes). This could mean we see an exciting finish to the tournament — or the dead weight really was dead weight.

As we get into this, please keep in mind that Brendan was unavailable to put together the graphics for this round. Behold my Apple Paint skills: Brendan came through (thank god).

Voting will consist of a 24 hour vote right here on OFD. Once the voting is over, I’ll set up the next round.

The 77 Throwbacks from the 2007 season easily whooped the Pinstripe crapfest. Can the modern fit of an iconic uniform keep marching on as the #1 overall seed?

Although seeded higher than the 2015 Shamrock unis, the 2011 version was a bit of an underdog in that matchup in my eyes. It was close, but ultimately I think people really loved the color palette of the 2011 version.

The 88 throwbacks easily won over the 2012 Shamrock Series in round one, and will continue to use its powerful nostalgic power that has a tight grip over much of the fanbase.

The 2014 Shamrock unis won in a HUGE upset over the Cheerios Bowl whites. Will Under Armour’s fist version of the Shamrock unis be able to contend with history? Maybe — they’re already wearing history.

The 2013 Shamrock version won in its own version of the Texas Bowl over the 2016 version. It’s arguably the cleanest look in the entire field and was part of a victory.

Fans love the 2005 version of the green jersey and its dominating win over the 2018 version is proof of that. Still… the nostalgia that it pulls is of a game in which Notre Dame lost.

The 2017 Rockne Heritage uniforms won in an upset over the green jerseys from the Gator Bowl. Will these brown shoes keep dancing?

The 2011 Under the Lights uniforms are one of the most well received alternate uniforms in Notre Dame history. Can fans continue to look past the tragic loss in the game?