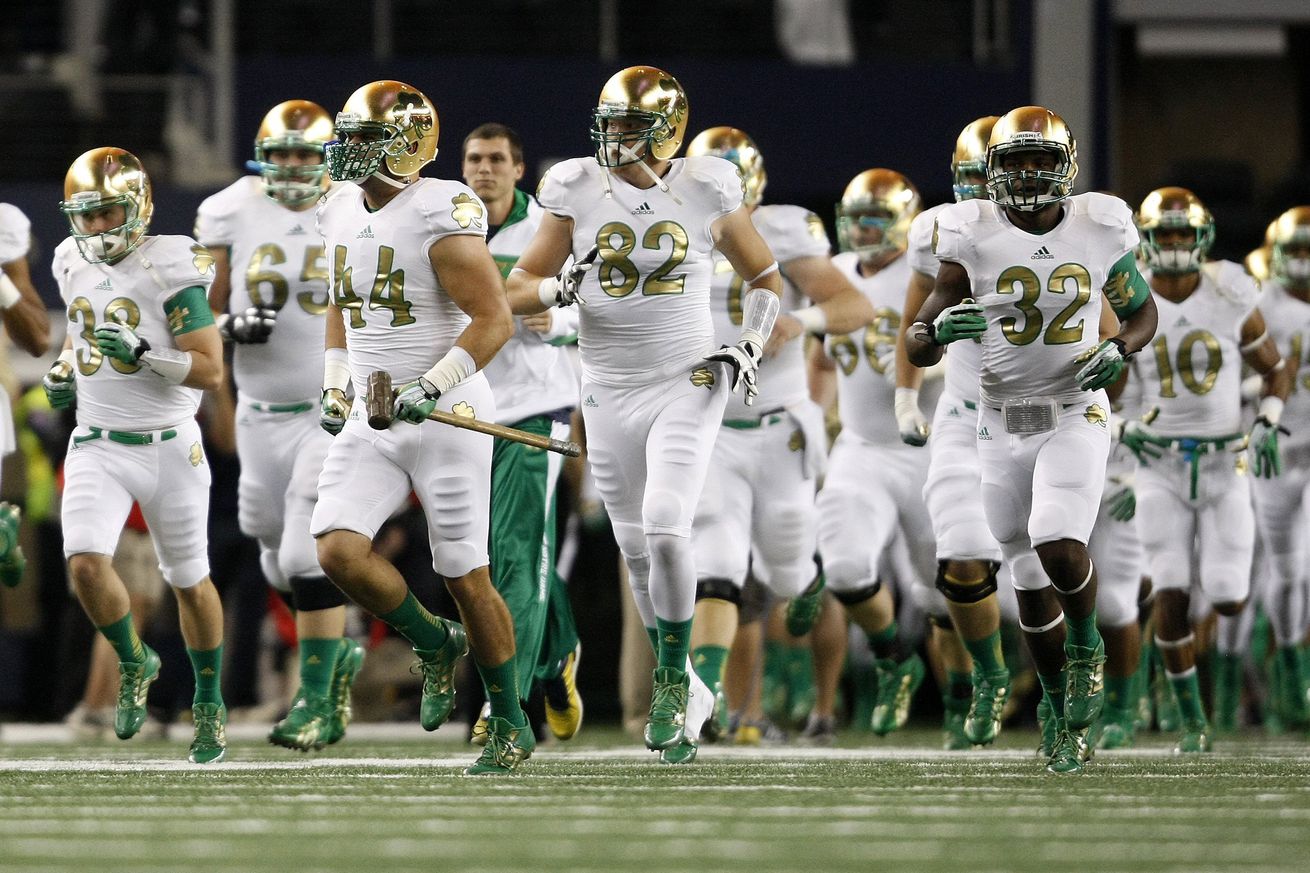 A theme of “awesome” is super present here

We are swiftly moving on to the Final Four of our tournament for the best Notre Dame Fighting Irish football alternate uniform.

The first round humanely put down some of the worst alternate uniforms, but there were also some small upsets (at least in my eyes). This could mean we see an exciting finish to the tournament — or the dead weight really was dead weight.

In the second round, the voting was pretty close for 3 of the 4 matchups — but ultimately the top 4 seeds advanced. These four uniform combinations truly are the elite of the Notre Dame class, and deserve our respect. 3 of the 4 are throwbacks with only one coming from the Shamrock Series. Should we be concerned that 3 of the 4 are Adidas schools?

Voting will consist of a 24 hour vote right here on OFD. Once the voting is over, I’ll set up the championship round.

A great throwback uniform should not only look good, but it should spark that fire of nostalgia that lives inside your heart. Both the 77 throwbacks and the 88 throwbacks take care of that part of it — now it’s just a matter of taste.

While the Under the Lights uniform is technically a throwback to the 1960-1962 uniforms, the green letting is a much cleaner look with the helmet. The tragic loss to Michigan is the only thing that is any kind of bad with these unis. The 2013 Shamrock Series uniforms are widely considered to be the best from the Series and proved that with its appearance here. Again… this all boils down to a matter of taste (because neither is lacking in the freshness department).

Be sure to give a fully-full-on fashion lecture in the comments below should the mood strike you.