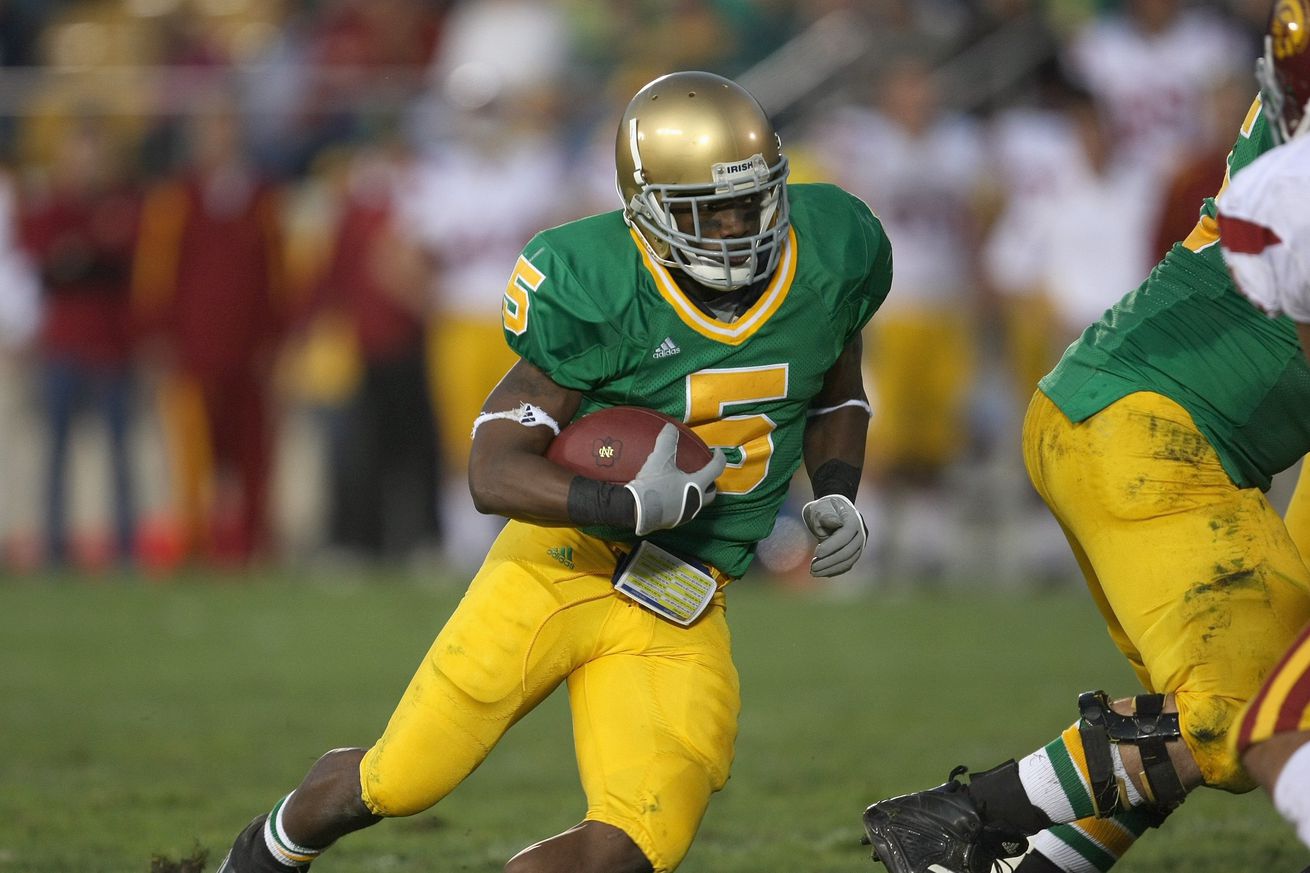 The crown jewels of Adidas performance

We’re finally at the championship round with our tournament for the best alternate uniform worn by the Notre Dame Fighting Irish football team. I’d like to thank each and every one of you for voting during this process, and perhaps we will throw out some other tournaments to manage in the near future.

Adidas finally has their revenge as the last two uniform combinations are from the 3 stripe master. Other than that, what we have here is a true battle between a classic throwback version and one from the Shamrock Series. Will that make any difference in the voting? I have no idea — but I’m wasting time here.

Voting will consist of a 28 hour vote right here on OFD. Once the voting is over, I’ll declare the champion of champions. Maybe that will put all of this uniform stuff to rest — but I doubt it. (SB Nation will be celebrating uniforms and making it a focus network wide during the week of the 20th, so you get a couple of weeks off).

I have said for a long time that my personal favorite is the 1977 throwback that was worn in 2007 against the USC Trojans. Yes it was a loss and it was an absolute beatdown — but they are magnificent all the same, and for 13 years I have hoped that they’ll break a version of these out again one day.

The 2013 Shamrock Series uniforms had a much harder task in their bracket, but they ultimately took the win in each matchup. While widely considered as the best Shamrock Series uniform, it was still incredible that they were able to defeat both the 88 Throwbacks and the 2011 Under Lights uniforms — both of which were also given a lot of love from fans.

So, which alternate is alterCHAMP?