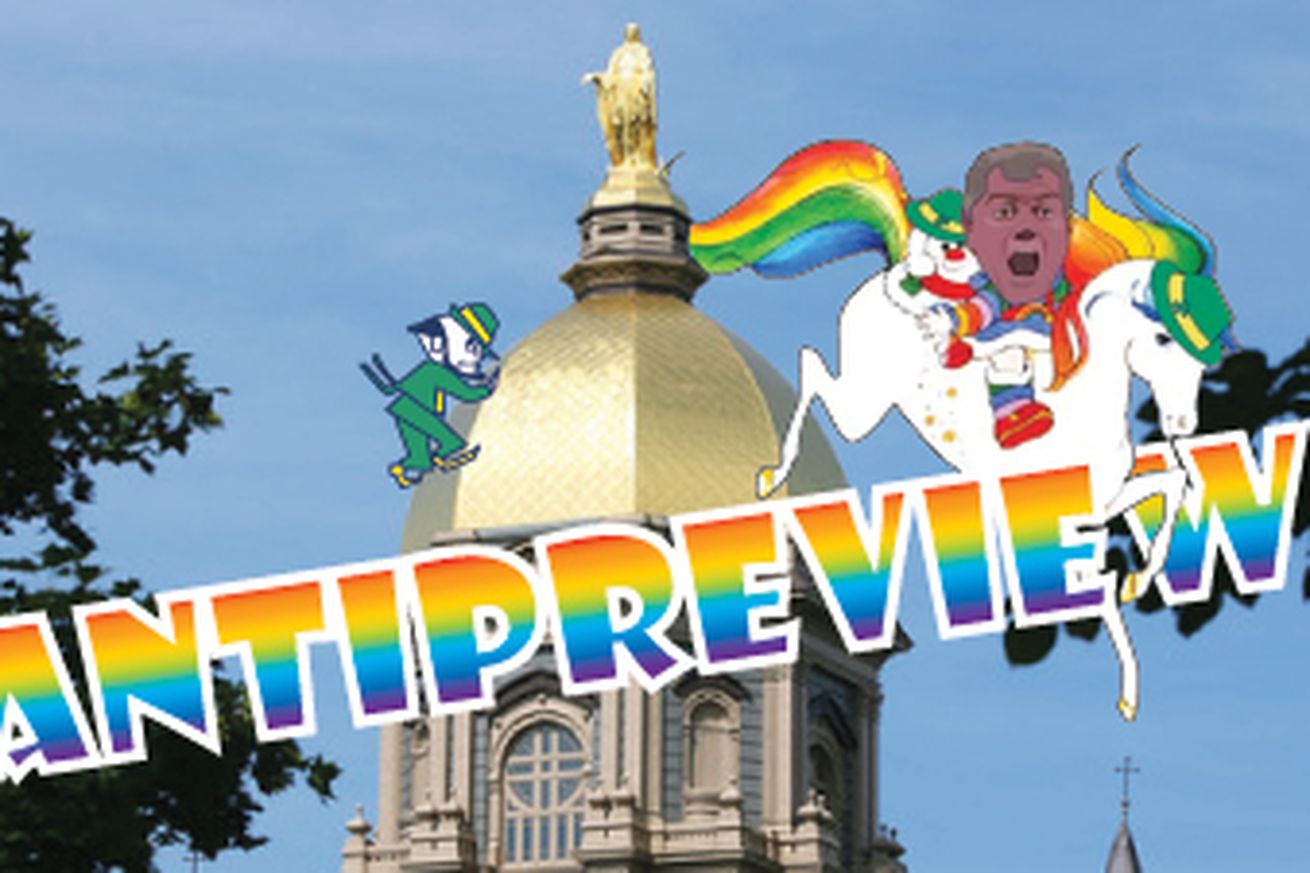 I don’t know you — and I can never know you

There was a bad taste left in the mouths of fans after the Notre Dame Fighting Irish pulled off a fairly comfortable 27-13 win over Duke. It wasn’t sexy enough and that’s what counts these days — you have to be super sexy in the opening game.

So now the South Florida Bulls are the next to visit Notre Dame Stadium, and a chance — I guess — to showout for a blowout. Roll out the Anti-Preview.

We all know the history, so we don’t need to tap back into that unholy mess. We also have the return of Charlie Weis — junior. This game, which was only just put on the schedule about a month ago, isn’t a big deal other than the history and the return of a boy. And yet… after last week’s performance, it’s an opportunity to reset the narrative a little bit.

What should you be drinking?

So… South Florida means Tampa Bay which means Sarasota which means St. Armand’s Circle which means DAIQUIRI DECK MOTHERFUCKERS! It’s going to be a balmy 63 degrees (probably) in South Bend on Saturday, so you’re going to need to ice down.

What should you be eating?

I’m not sure why, but the grouper sandwiches along the Gulf coast just hit different. There’s only one possible choice this week, but it can be done so many different ways. Here’s a solid choice:

What should you be wearing?

If you have an old Tommy Rees jersey… now is the time.

At the end of the day…

I think Notre Dame comes out guns blazing. Last week was such a joykill with the slow start and low scoring offensive output. I also think Ian Book will have a massive chip on his shoulder from all of the naysayers this week, and will want to “shush the haters,” with a splendid performance. Because of this, and the fact that Jeremiah Owusu-Koramoah, Kyle Hamilton, and the rest of the defense will be way too much for Chuck Nasty Jr. to handle — it’s a blowout shutout.