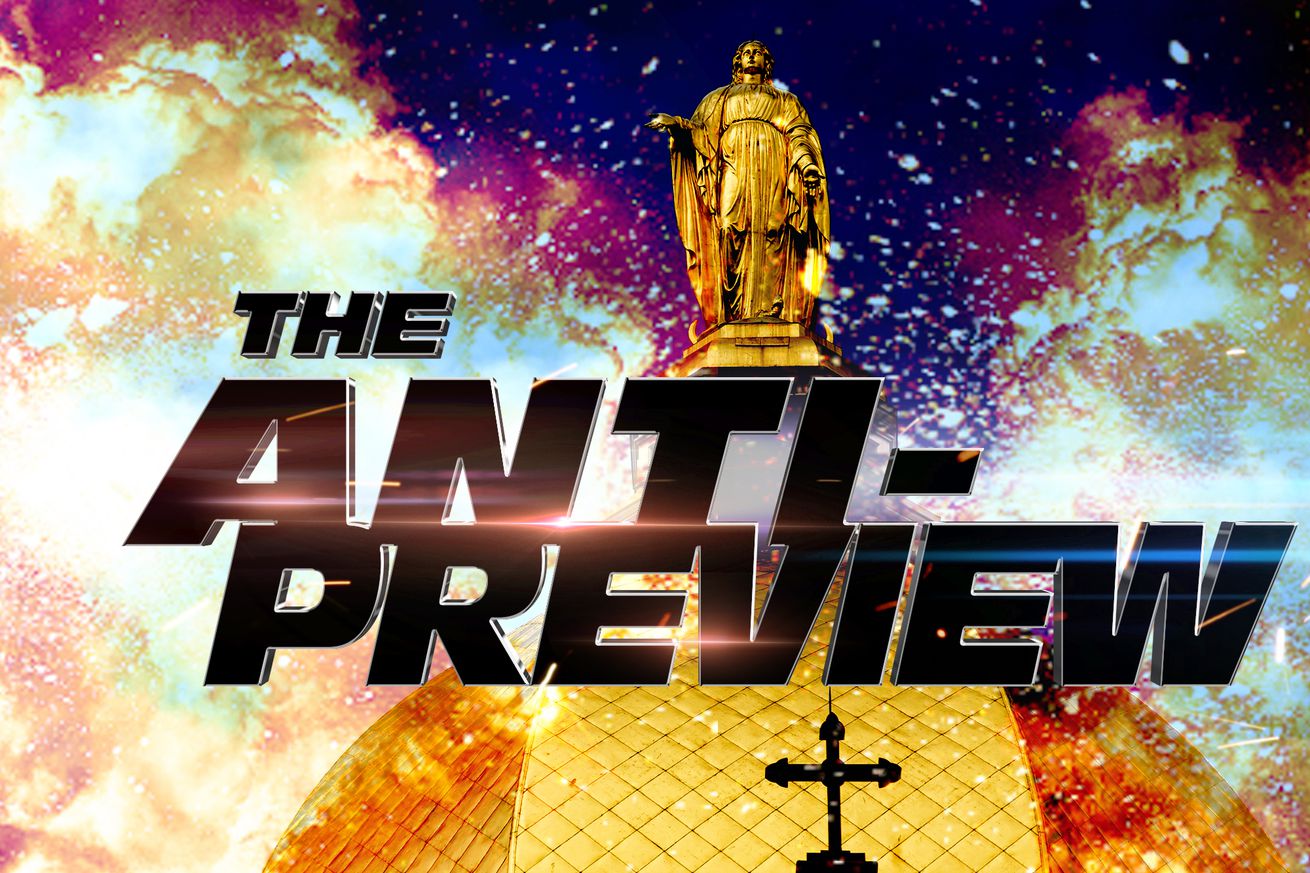 We finally made it to the Anti-Preview for the Notre Dame Fighting Irish. Friends, our beloved football team is 6-0 and ranked #4 in the country in the month of November. Let that sink in for a moment, and allow yourself to bask in the glorious light and warmth that it radiates. Yeah — it’s not just the unseasonably warm and sunny South Bend weather — the Irish are a really good football team that’s fighting for a place at the table.

There are people out there that say (or complain) that the Irish offense is too one dimensional because they rely on the running game. Please give yourself a moment to laugh your ass off because DAMN RIGHT IT’S RUN THE DAMN BALL TIME. And how much does it really matter when the defense is knocking dicks in the dirt to allow just 10 points a game? Spoiler… not much.

Look over here though… it’s a big game — in whatever way we can classify a big game during the 2020 season. Hold on to your ass, because it’s going to get juicy. I normally don’t drop in a national writer’s story into the Anti-Preview, but it’s a proper fit.

Brian Kelly’s run at Notre Dame has been impressive. He doesn’t NEED a win over Clemson on Saturday. It sure would be nice though https://t.co/GHK84QGomF

Clemson is THE college football program right now. Their success is the measuring stick for every program out there save Alabama. Obviously Trevor Lawrence won’t be playing and another former 5-Star quarterback will be behind center in D.J. Uiagalalei. This is a wounded Tigers team with more than just Lawrence out. Justyn Ross hasn’t been able to play this year leaving most of the pass-catching threat to Amari Rogers. The defense is the most vulnerable right now with starters DT Tyler Davis, LB Mike Jones, and LB James Skalski unable to play due to injury.

If there was a time that this incredible Clemson program would be incredibly vulnerable for a loss — it’s now.

What should you be drinking?

There is only one acceptable choice for this week’s drink. Yes of course we aren’t playing the USC Trojans for the Jeweled Shillelagh, but we are playing Clemson for the B.Y.O.G Trophy. This is as close to a USC type of game as we are going to get for Notre Dame this season — so LFG!

This is a drink of my own creation that has made its way into the hearts of Irish fans across the country. There is no right or wrong way to drink it — JUST DRINK THE DAMN THING.

Mix personal amounts into an acceptable glass (preferably one with a solid and heavy base). Drink. Tweet yourself with #TrojanBlood #TigerBlood to gain glory.

DID I JUST ORDER UP THE GIN AND CODE RED?!

What should you be eating?

You’re WAY too hype to be cooking on gameday. Driving a car (minus the blood cocktail) is a much safer endeavor. There’s only one choice if you’re a Notre Dame fan… RALLY — I mean RALLY’S.

What should you be wearing?

If 2020 has taught us anything, it’s that there’s only one way to tame a tiger. I mean… that’s probably completely untrue, but if it worked for Netflix it can work for us.

Full disclaimer: I don’t hate Clemson. I really want to — but it hasn’t happened for me yet. Hoping the dark side takes over on Saturday and you can feel my anger flowing and all of that Sithy stuff. I still have a segment to do, so here we go…

At the end of the night…

I spent 4 or 5 months trying to get people to to chill on this game and enjoy he ride. I failed in that mission, but I have a clean conscience. While every outlet has pumped out tons of content about this game, I took a step back this week as far as my own consumption was concerned. I have Notre Dame winning 27-20 and provide all the answers you seek in the OFD Podcast. Notre Dame’s defense with Jeremiah Owusu-Koramoah, Kyle Hamilton, and fire hydrant Kurt Hinish will be the ultimate difference maker here.