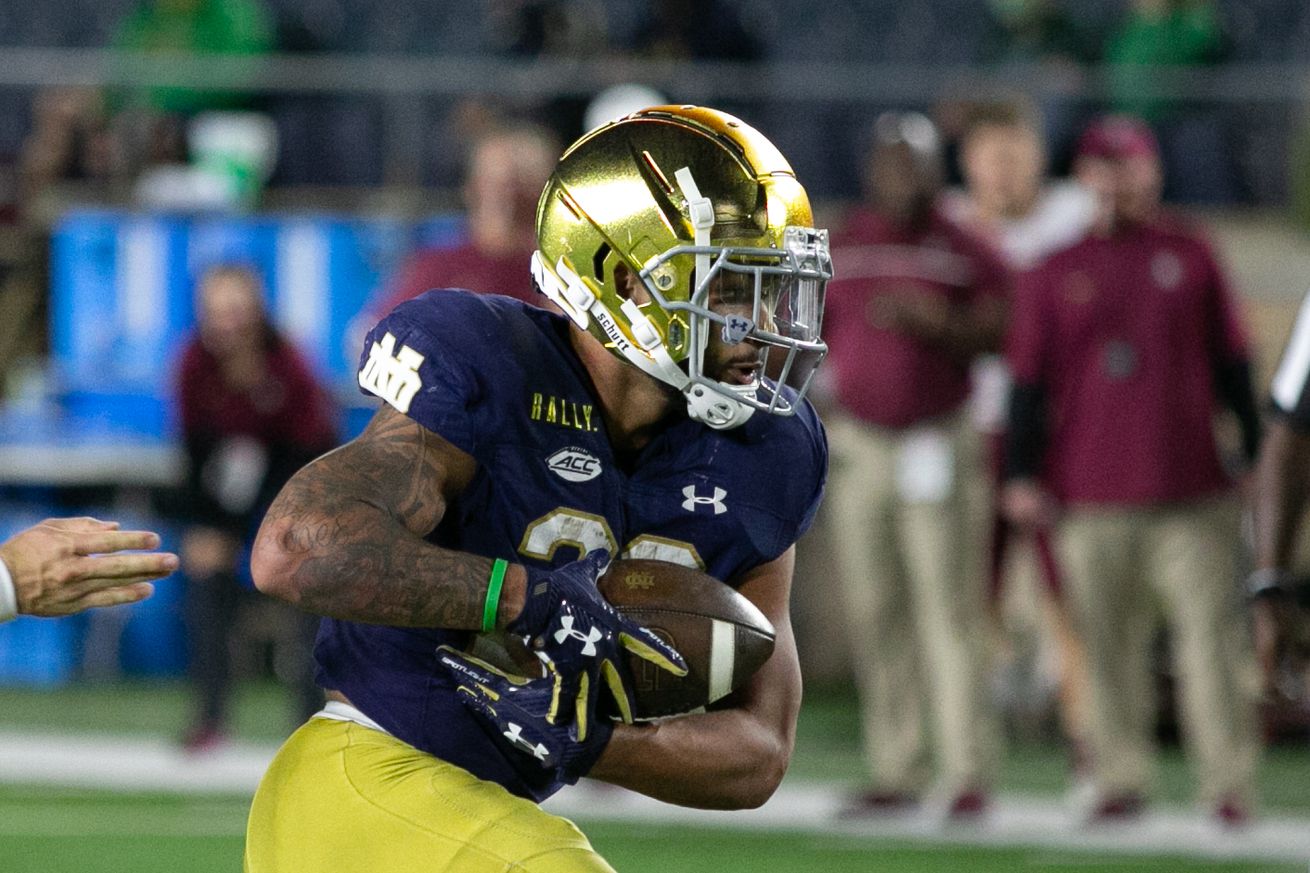 No surprise here… the country likes two other teams better

Welcome to SB Nation Reacts, a survey of fans across the NCAA. Each week, we send out questions to the most plugged in Notre Dame Fighting Irish fans, and fans across the country. Sign up here to join Reacts. NOTE: This poll was conducted prior to this Saturday’s games.

Coming off of their third straight win to start the season, confidence in No. 5 Notre Dame is through the roof.

For the second week in a row, according to the most recent SB Nation Reacts survey, Notre Dame fan-confidence has ticked up a notch. This week, 96 percent of fans said they believe the team is headed in the right direction, up one point from a week before.

Despite the undefeated record and being ranked among the best in the country, Notre Dame isn’t getting the same national level of support as other top teams. Specifically Clemson and Alabama.

When asked in the Reacts survey to pick between Clemson and Alabama or the rest of the field for who would win the National Championship, nearly two-thirds of fans across the country are siding with the two most consistently dominant teams over the last five years.

Similarly, the Tigers and Crimson Tide populate many of the top spots in the Heisman race. Clemson quarterback Trevor Lawrence ran away with the top spot, earning 43 percent of the vote. His teammate Travis Etienne tallied the next most votes with 17 percent, the only two players in double digits.

Despite the runaway vote, Lawrence’s dominance over the field has actually diminished. When asked the same question before the start of the season, the Tigers QB was at 70 percent.