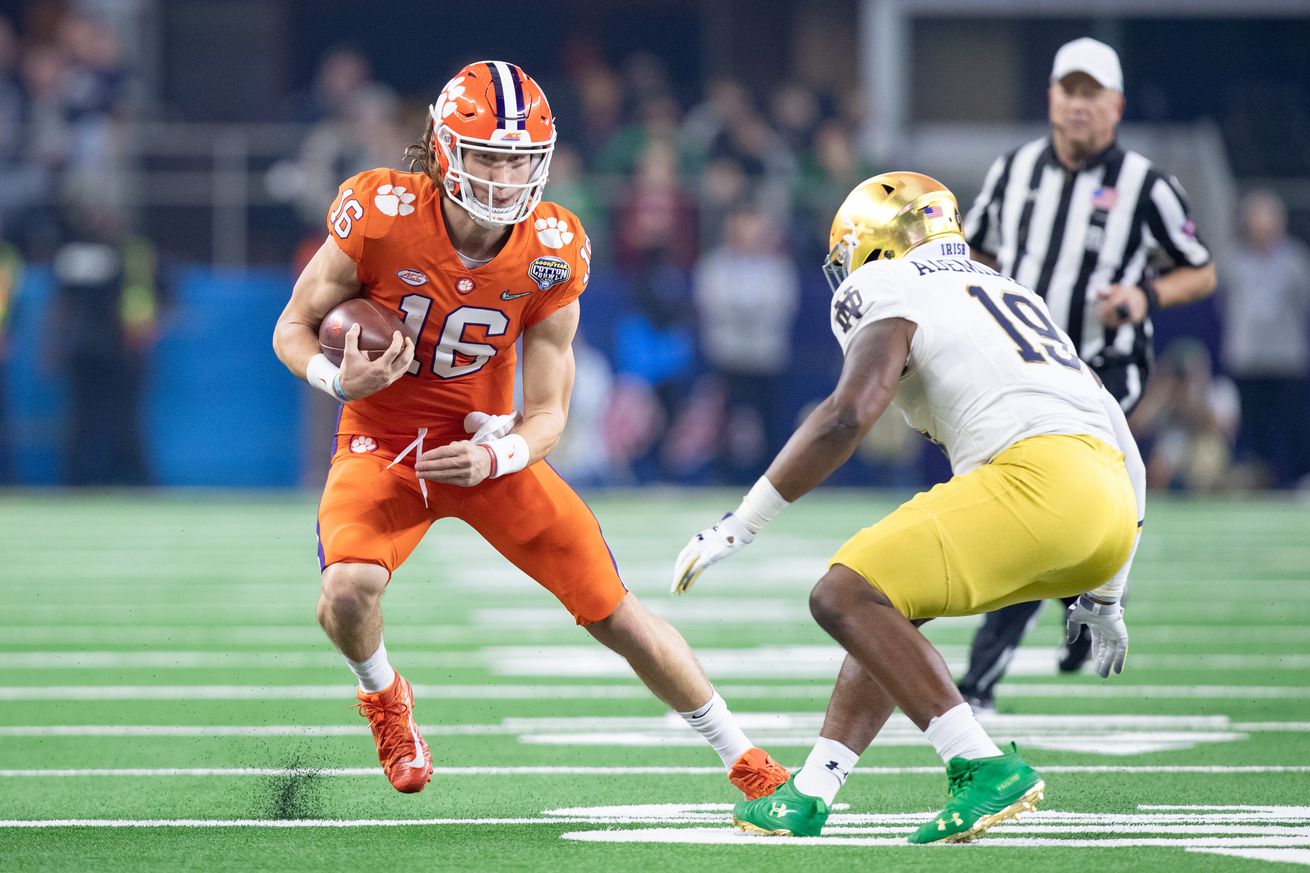 Because it’s a real possibility

Welcome to SB Nation Reacts, a survey of fans across the NCAA. Each week, we send out questions to the most plugged in Notre Dame Fighting Irish fans, and fans across the country. Sign up here to join Reacts. NOTE: This poll was conducted prior to this Saturday’s games.

After nearly a month away from action, Notre Dame returns to the field this weekend. As the game against Florida State nears, fan excitement remains high.

According to the most recent SB Nation Reacts survey, 95 percent of Notre Dame fans think the team is headed in the right direction.

If Note Dame can hold serve over the next few weeks, they will face the Clemson for arguably the biggest game of the season. As it currently sits, fans think the Clemson Tigers are the best team in the country.

Fans were asked of the teams that have already started to play, who is the best team in the country? The Tigers earned the most votes.

Clemson has a difficult test of their own this weekend. They host the also undefeated Miami Hurricanes. That game was voted the most anticipated matchup of the weekend, beating out Tennessee at Georgia and Florida at Texas A&M, among others.