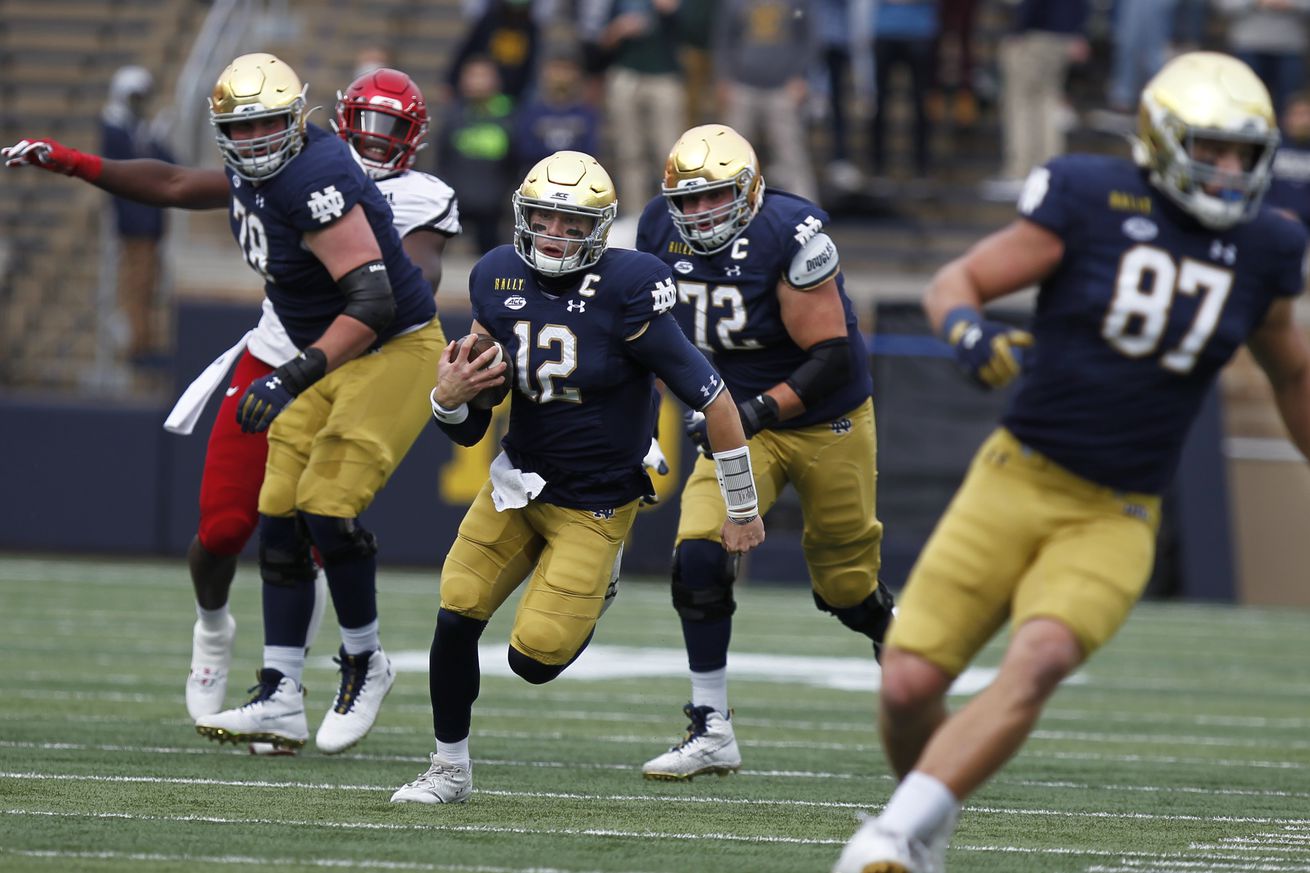 That wasn’t the game we expected from the Notre Dame Fighting Irish. In what was a really bad offensive performance, Notre Dame was able to still beat the Louisville Cardinals 12-7.

Notre Dame took the first two drives inside the redzone without much difficulty, but completely stalled out and the Irish were forced to use Jonathan Doerer to knock in a couple of field goals to go up 6-0.

Late in the first half, the Irish once again found themselves stalling out inside the redzone, but instead of kicking the field goal to go up 9-0, Notre Dame attempted a fake field goal with Jay Bramblett that fell well short of the first down line inside the 5 yard line.

Louisville was feisty and came to play as they pestered and badgered a bewildered Ian Book all day with 4 sacks. It was enough to keep themselves in the game, and in the middle of the 3rd quarter Malik Cunningham connected with Marshon Ford for a TD to end an 83 yard drive and went out in front of the Irish 7-6.

Notre Dame was able to put another drive together late in the 3rd that ended with a 13 yard TD run from Ian Book to go up 12-7. Notre Dame took their final drive down inside the redzone once again (thanks in large part to Kyren Williams and his 124 yard day) and killed the clock.

It was a brutal day offensively, but that should only highlight what the defense was able to do by holding Louisville to just 7 points and 219 yards.

We will have plenty more about this game on OFD.