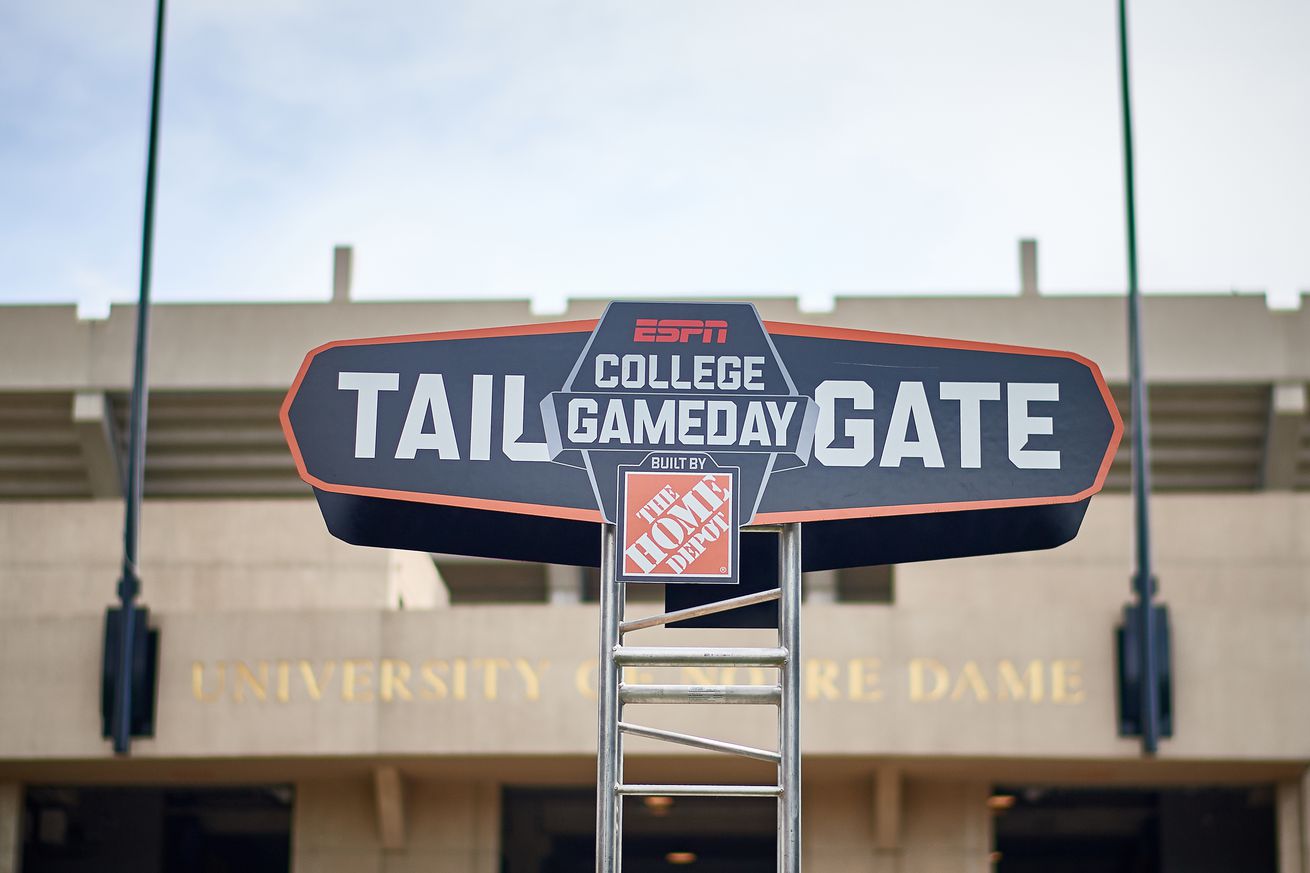 The first ESPN College Gameday of the season has come and gone, and there was plenty of love for the Notre Dame Fighting Irish on the program.

It wasn’t the same show we have all grown accustomed to over the past 25+ seasons. Obviously because of COVID-19, the season is different and that is going to be mirrored by the way we all cover this awesomely stupid sport. Everyone was in a different location, no one was on a college campus with a huge crowd of rabid fans, and the start time of 11:00 were the most blatant deviations of the past — but it was still fun.

I really thought things were going to go off the rails when Chris Fallica (The Bear) went on and on about how good he thought the Iowa St. Cyclones were going to be in 2020 — and to prove his point he never brought up the pounding the Irish gave ISU in the Camping World Bowl.

It was just par for the course.

I don’t think they overplayed the “Notre Dame is in a conference now” card, even though they have often picked that kind of low-hanging fruit. Still, it did set up Irish conversations. David Pollack brought up the possibility of Notre Dame playing the Clemson Tigers THREE times this season, and Desmond Howard was very complimentary of the Irish (for him) and Ian Book.

Lee Corso though — that wonderful man — created the best Blue and Gold picture having the Irish in the college football playoff AND Ian Book winning the Heisman Trophy. On a personal note, I loved Howard’s pick of Cincinnati in the playoff (listen to the OFD Podcasts y’all).

Maria Taylor’s segment with college players on the topic of social justice was really well done, and lacked the “made for TV drama” those type of segments are know for sometimes — which is a good thing.

What stole the show though, was Kirk Herbstreit’s heartfelt and emotional plea for all of us to do better when it comes to showing empathy and compassion to those affected by the social injustice’s of this world. It moved Herbie to such a state, that he broke down into tears and was visibly shook for the remainder of the program.

And so here we are. The college football season is officially underway, and once the clock hits midnight in South Bend, it’s game week.