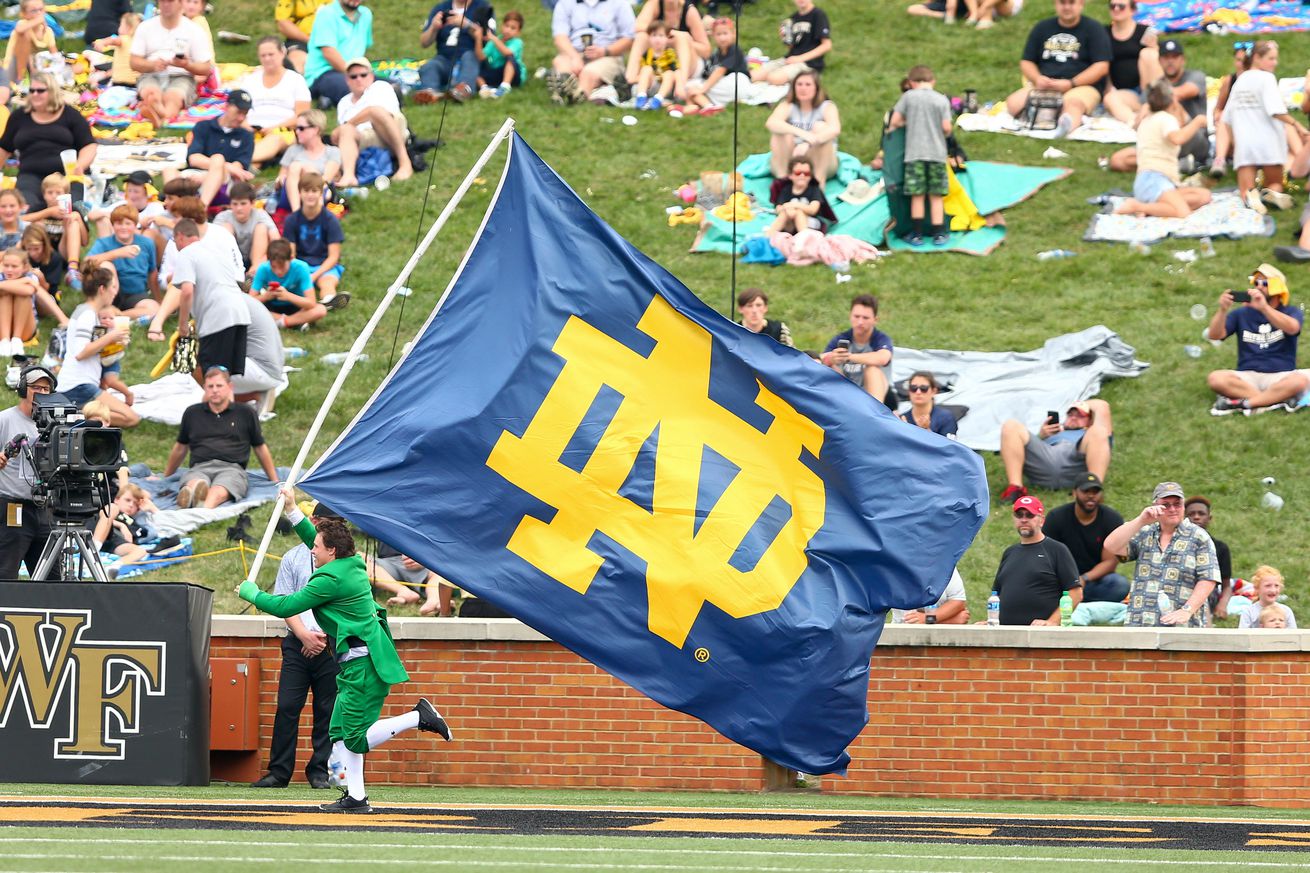 The game is now back in Wake Forest’s home stadium

The ever-revolving door of locations/times this season.

It was just announced today that the Notre Dame Fighting Irish will actually play the Wake Forest Demon Deacons back in Winston-Salem at Truist Field. Initially, the game was set to be played in Charlotte, NC at Bank of America Stadium where the Carolina Panthers play.

Even after the re-scheduling and the Irish joining the ACC, the game was kept in Charlotte. The date of the game was amazingly going to be kept the same, too. However, there has been a new development in that the game will be played in Winston-Salem, and no fans will be allowed in the stands.

Wake Forest announces that the Notre Dame game, scheduled to be played in Bank of America Stadium in Charlotte, will instead be played at Wake Forest’s home stadium in Winston-Salem.

No fans will be allowed to attend the game.

The game is still technically the Duke’s Mayo Classic. Duke’s Mayo made a name for themselves this summer by being the sponsor of the game but also the new sponsor for the Belk Bowl.

It was actually somewhat incredible that the game between ACC opponents was going to be kept in a pro stadium. It shouldn’t be all that surprising that a change like this has been made considering things seem to change each day with the season. But, for now, the Irish will travel to Wake Forest to play this game in front of zero fans. According to the press release in the tweet above, fans who bought tickets for the game to be played at Bank of America Stadium in Charlotte will be fully refunded.

We’re into September now. This is now in place, and the Notre Dame capacity plan is in place. Hopefully we see these games go off without any more hitches. Go Irish.