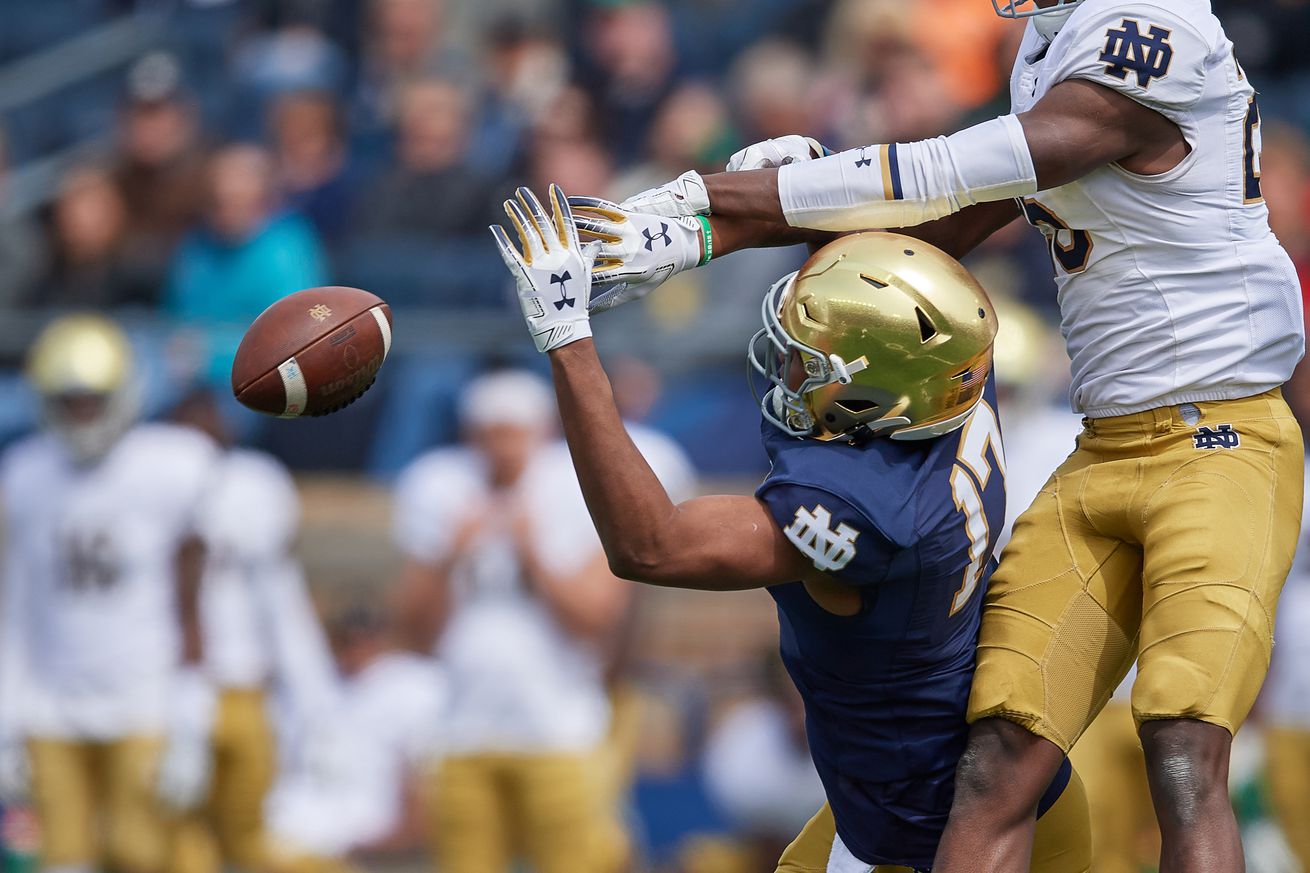 So… maybe somewhere else

Earlier this month, the Notre Dame Fighting Irish announced that Cole Mabry, Trevor Speights, and Isaiah Robertson would all be ending their time in South Bend with medical hardships.

Isaiah Robertson is now doing something different. The former 4-Star from Naperville, Illinois has put his name in the transfer portal and will look to enroll elsewhere as a graduate transfer.

2017 4-star ATH Isaiah Robertson has entered the portal as a grad transfer after mostly seeing time on special teams during his time with #GoIrish @rivalsmike @RivalsWoody @Rivals_Singer https://t.co/mPNHZxSfJZ

Robertson never made much of a splash at Notre Dame on the field, but at least he will leave South Bend with his degree in hand.

It’s hard to say where Robertson may end up, but being an Illinois native he may have a few Big 10 options as well as most of the MAC. Those are just guesses, and he could certainly end up at UCF or South Florida or wherever.

Good luck to Isaiah in the future with whatever he decides is best for him.