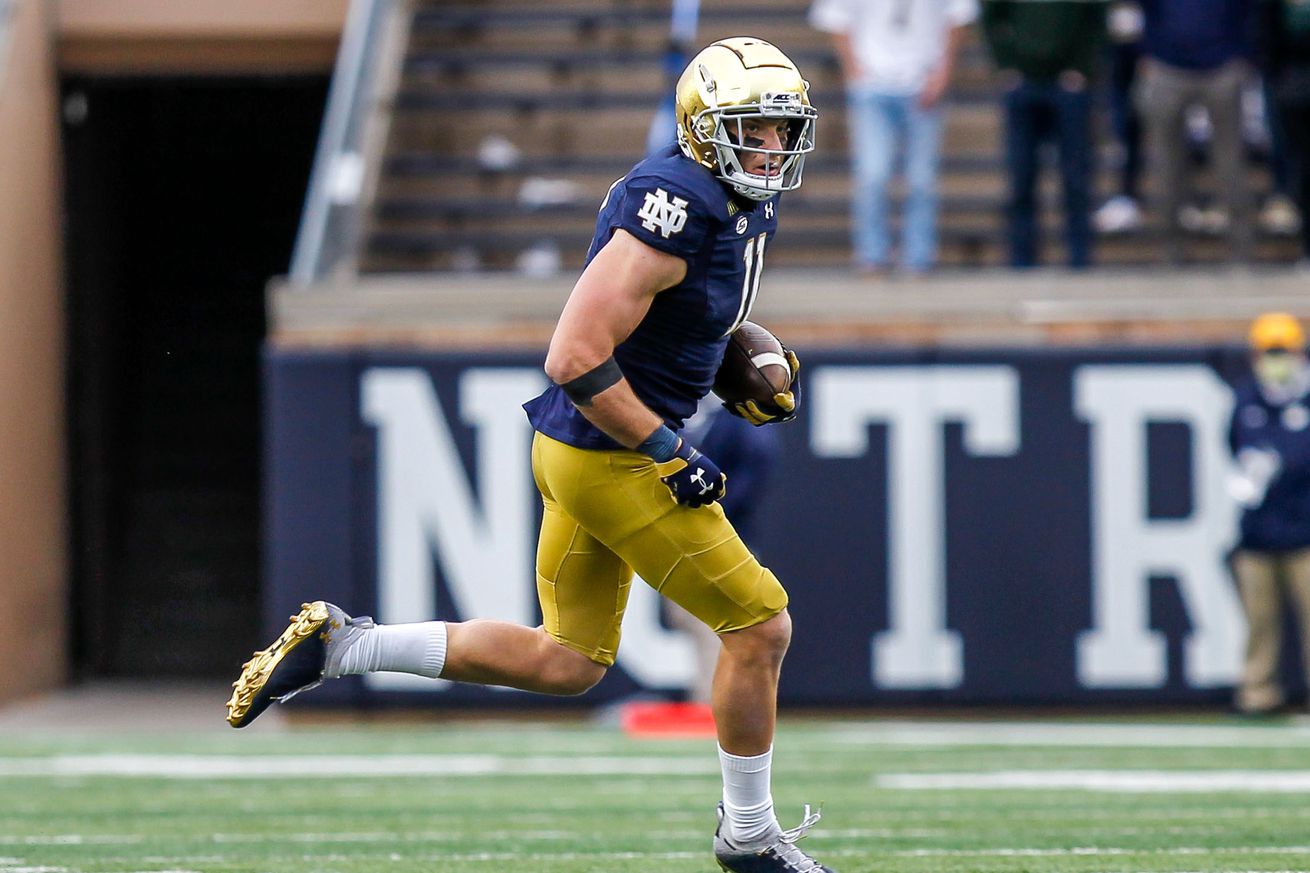 There were a couple of good things against the Cardinals

The Notre Dame Fighting Irish won an ugly game on Saturday afternoon against the Louisville Cardinals. The Notre Dame passing game is what’s really on the hot seat for most people out there. It’s hard to complain about 232 yards on the ground and only giving up 7 points — but the growing concerns about Ian Book are fairly justified.

For most of the day, Book played terribly. There was a lack of pocket presence and a lack of vision that helped stall out the offense inside the redzone. One of the issues that isn’t really Book’s fault is whatever the hell is going on at wide receiver. Braden Lenzy was hampered by a soft tissue thing, and Javon McKinley dropped at least 3 balls. Add a Kevin Austin overturned touchdown because his feet aren’t as sweet as Chase Claypool’s feet, and some serious wind and you have a group that really isn’t doing much of anything for the Irish.

There are no answers at this point because there’s no proof that the group can turn it around. It’s just tough to figure out.