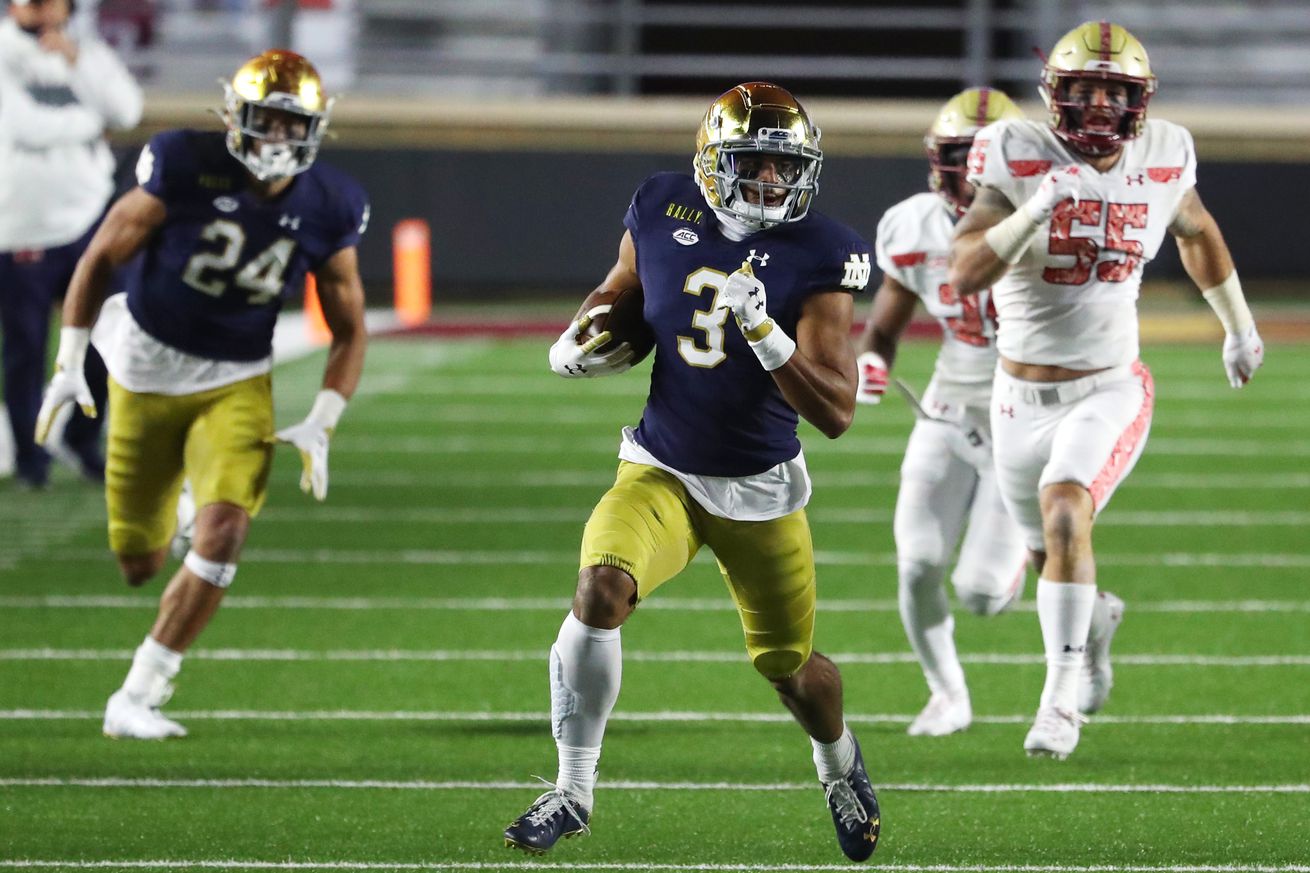 All the good feels in here

The Notre Dame Fighting Irish were fighting more things than just the Boston College Eagles on Saturday. The Irish were fighting weird history facts that people were unable to set aside, as well as a real chance to have a let-down game after beating Clemson the week prior. Before the game, these were reasons to have a critical eye on Notre Dame, but during the game it was pretty clear that the Irish were a far superior team.

He played hard and was physical. He did everything necessary to help the team win and earn a Notre Dame game ball.

It all worked out, and the Irish racked up 561 yards of offense. Ian Book was outstanding, but so too were his receivers Avery Davis and Ben Skowronek (you can throw Javon McKinley into that mix as well). The Irish running game accounted for 237 of those yards as the Irish offensive line continued its march towards another Joe Moore Award year.

Quite simply… it was a solid win for Notre Dame and they still look every bit of the #2 ranked team in the country that they are.

Here’s all the postgame goodies: