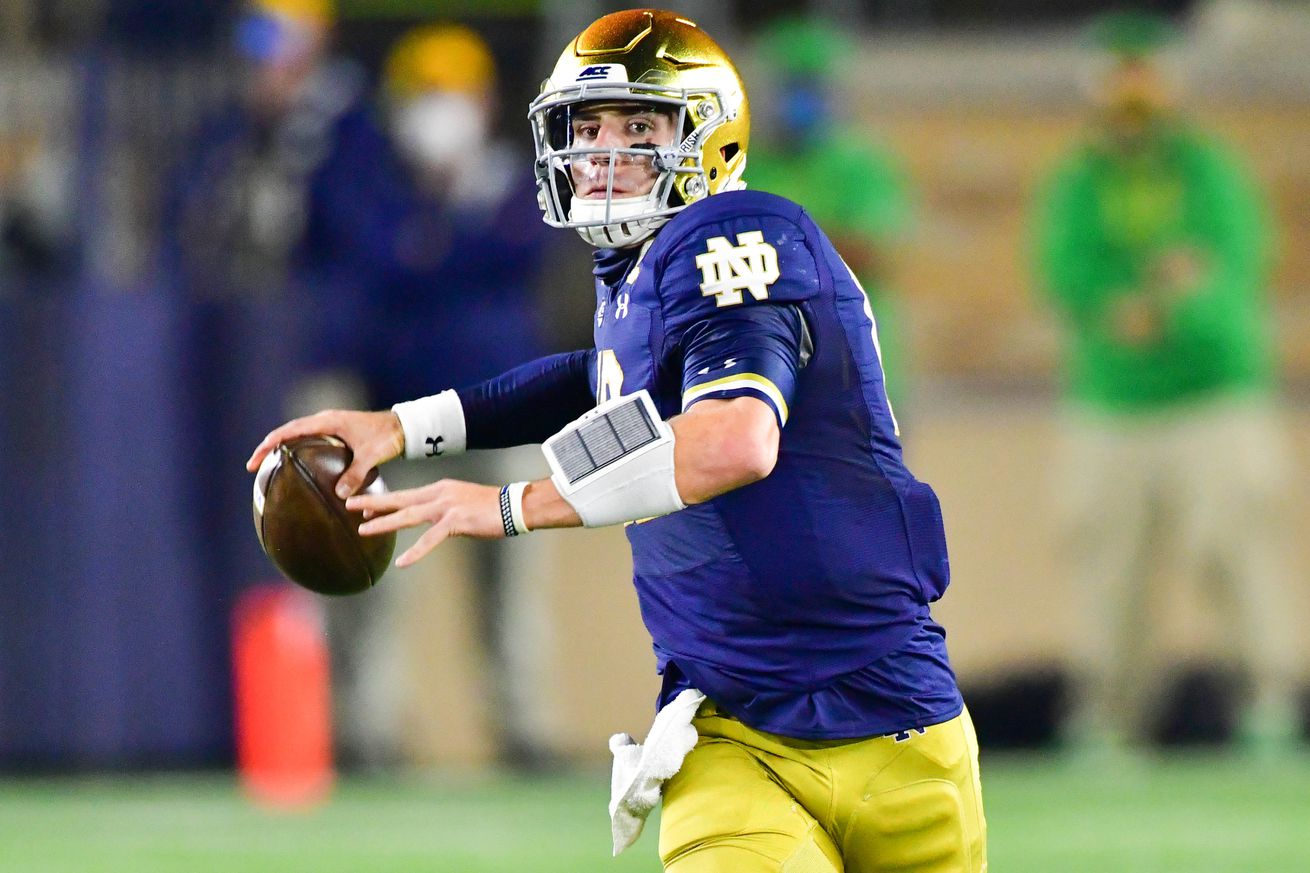 People thought they were ready for this huge game between the Notre Dame Fighting Irish and Clemson Tigers, but what unfolded before us was something greater and more intense than that famous game in 2015.

Notre Dame started off the game very strong on the first drive with a 65 yard Kyren Williams TD run after a Clemson penalty on the first play. Notre Dame then did exactly what you need to do, and forced Clemson to punt after 4 plays to get the ball back with early momentum.

Instead the Irish did what we continually saw for most of the night. They drove the ball down to the 7 yard line and were forced to kick a field goal. Prior to that field goal though, Notre Dame had a 4th and 1 at the 2 yard line but Michael Mayer was called for a false start.

Up 10-0, Notre Dame’s defense felt the wrath of D.J. Uiagalelei when he connected with Cornell Powell on a 53 yard bomb for a touchdown. Notre Dame once again drove the ball on this Brent Venables defense, but were held at the 9 for another field goal to make it 13-7.

Clemson added another field goal from B.T. Potter to tighten the game to 13-10 — and then came a whirlwind of Irish momentum.

Jeremiah Owusu-Koramoah stole a pitch and ran it 23 yards for a touchdown to go up 20-10. On the very next series for Clemson, Amari Rodgers fumbled the ball after a 3rd down catch and the Irish recovered. Unfortunately — Notre Dame couldn’t convert the fumble into a touchdown, but did get another Jonathan Doerer field goal to make the game 23-10.

Clemson made their big move in the 3rd with a field goal and then a Allen Davis touchdown reception. Notre Dame tried to counter with a big drive — but after going 75 yards on 7 plays, Ian Book fumbled the ball into the endzone for a Clemson touchback.

At this point in the recap I just witnessed the ACC refs pick up a pass interference flag that killed a Notre Dame drive while down 33-26 — and I can’t see anything but red and stupid ref faces that I want to punch. Sorry guys… heat of the moment.

Ian Book hit Avery Davis on a long pass to get it down to the three and then with :22 seconds left in the game, Book connected with Davis again to tie the game up at 33 — and onwards to overtime.

Clemson wasted no time at all and D.J. found Cornell Powell on a slant that ended up on the 1⁄2 yard line (after a booth review). On the next play D.J. Uiagalelei dove in for the score to go up 40-33 (after another review).

Notre Dame and Ian Book did a great job of countering with a drive that ended with Kyren Williams butt diving into the endzone (and another review).

I can’t even describe how many times the refs and replay booth got involved tonight… here comes overtime number two.