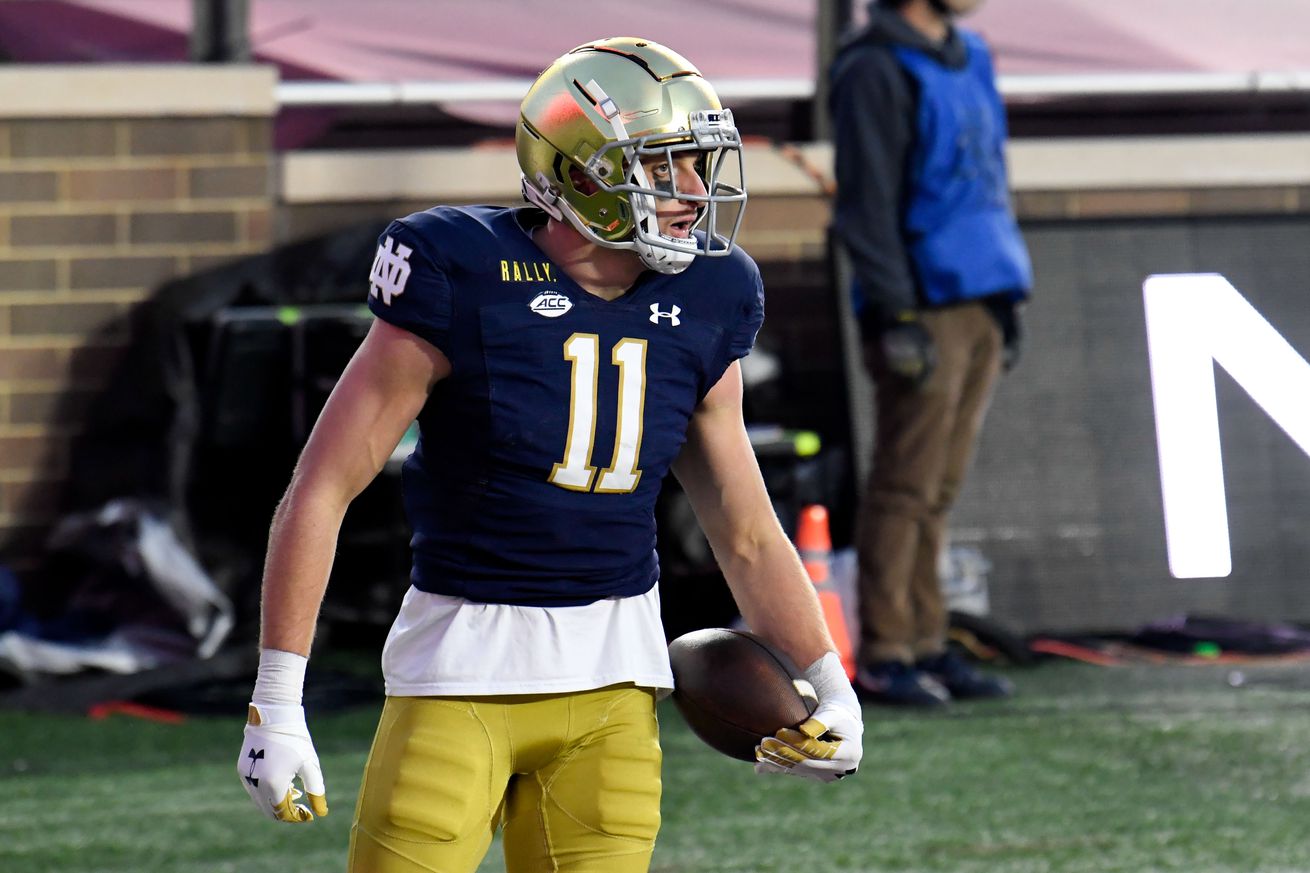 The Notre Dame Fighting Irish stay perfect on the season after a 45-31 win over the Boston College Eagles inside an empty Alumni Stadium.

If you watched the game on television, hopefully you didn’t break the volume button as the commentary about Ian Book vs Phil Jurkovec in the first 30 minutes was exactly 99.9% more soap opera than people can normally handle.

What made it even more annoying, was that Boston College put up a fight in the first quarter. Notre Dame drove down the field without much trouble on the opening drive of the game, but failed to punch it in and Jonathan Doerer was forced to kick a field goal. Phil and company responded with a 10 play 80 yard drive that ended with a Jurkovec to Zay Flowers touchdown.

Shortly after going down 7-3, Kyren Williams fumbled the ball deep in Irish territory. Notre Dame’s defense stiffened and forced BC to kick a field goal to go down 10-3. The Irish then scored touchdowns on their next three possessions, with two of them being the Ian Book to Ben Skowronek variety.

Before the first half came to an end, Book found Skowronek again for his 3rd touchdown of the game to make it 31-16. The Fort Wayne native had 5 receptions for 63 yards and 3 TD’s on the day.

It IS Backup College after all.

Kyle Hamilton had an interception stolen from him because of a phantom facemasking call on Bo Bauer, and then he bumbled a sure pick 6 in the 4th quarter.

Once Notre Dame went with their backups on defense, the Eagles were able to add more points to their total — but Notre Dame won this game fairly easily. Shawn Crawford and Kurt Hinish were several Notre Dame defenders that really stood out during the day.

We will have much more to come about this game on OFD.