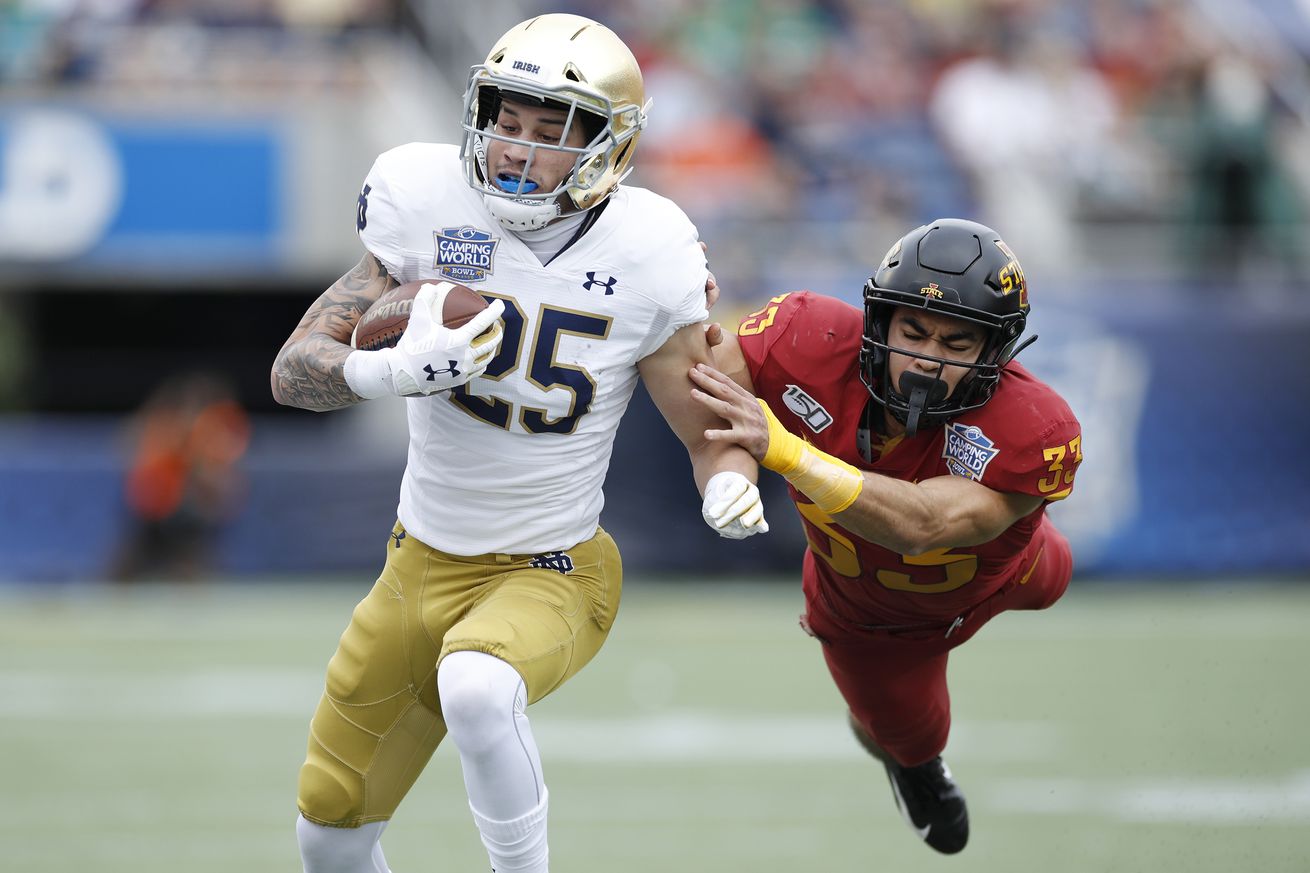 The Notre Dame Fighting Irish improved their 2021 class ranking from No. 17 to No. 14 after landing the commitment of Encino (Calif.) Crespi cornerback Chance Tucker, according to Rivals.

You can learn more about Tucker’s commitment here, including some breakdown by UHND’s Greg Flammang. Which brings us to…

Flammang makes a great case for why Notre Dame should build its offense around rising junior Braden Lenzy.

“The point of building around Lenzy isn’t to give him all the touches, it’s to ensure the defense is constantly having to account for him, and making them pay when they don’t,” Flammang writes in this piece.

Braden Lenzy is very dangerous, and very versatile. Good things happen whenever and however he gets the ball. My big idea: build the offense around his talent. He can handle it. https://t.co/pXHGrk6w0E

Dan Reeder takes Bach’s “Prelude in C” and adds this bit of nonsense: “Bach could really make those bells ring/Died of some damn lung thing/Back in 17-something/(Good God, y’all, you know)/We don’t even know if he could sing/ Because back in those days, they had no way/To make recordings.”

STATE OF THE BASKETBALL PROGRAM

The Athletic’s Brian Hamilton does an assessment of the Notre Dame basketball program, which includes this great quip from men’s coach Mike Brey:

“We lost a lot of momentum after an amazing run,” Brey says now, as he begins his third decade at the helm. “We were 2-6 (in league play) coming out of Tallahassee, and of course I get the fine and go into my act, and I’m like, ‘Oh, Jesus, maybe they do need to retire me.’ Then we get rolling.”

“We have some momentum back. And, yes, I definitely needed it. The program needed it.”

After some lean times, @NDmbb rediscovered itself. Can it build on that…and sustain it beyond the Mike Brey era?

Do you remember how high Irish fans were flying after the beatdown of the USC Trojans in 2017? If you want to relive that euphoria, pull out your old #33Trucking hat and tune in tonight for an encore presentation of the game against the then No. 14 N.C. State Wolfpack.

Are you ready for an #NDWatchParty?