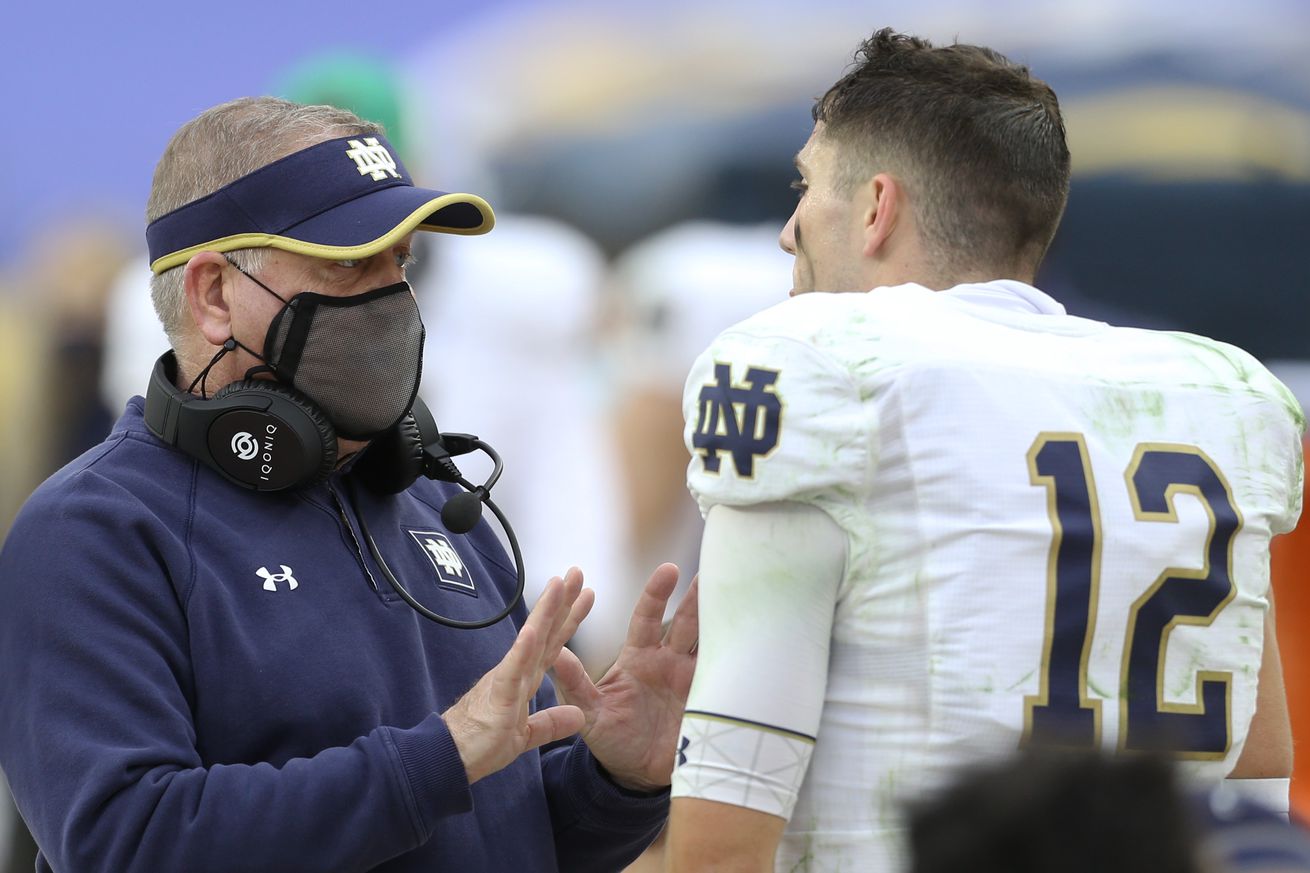 The spotlight is hot, but BK is confident in his players.

On last week’s showing against Georgia Tech and the season ahead, Kelly expressed particular confidence in Javon McKinley and Ben Skowronek when it comes to following through on “one-on-one matchups.” The coach said “We threw the back shoulder to Javon last week, well-executed. We threw the post to Skowronek the week before. They’re time and place necessary when you call those plays, they’re executed appropriately. That’s what’s most important.

Coach Kelly gave a shoutout to walk-on running back and now Rhodes Scholar finalist. Cameron Ekanayake for “This is the second [finalist] we’ve had. Really proud of Cameron. He represents WOPU nation. We have to give a shoutout to them. More importantly, he represents the student-athlete is so important here at Notre Dame. The players love him. He’s such an important part of our football program.

Taking on the Tigers

Kelly addressed the impact of the spotlight that comes with preparing to play a No. 1 team and underscored the team’s aim to keep up the physicality through all four quarters to mirror the team’s 38-17 showing against the Stanford Cardinal in 2018.

The coach said, “Nobody would be making anything of this game if you had lost a game or weren’t relevant. It’s a privilege to play in these games. There’s no pressure. Play to a standard. You have to play great football against a great opponent. You’ve put yourself in the position. You’ve been here only one other time at home and handled it really well. Let’s go do it again.”

The coach addressed the potential for the Tigers to try to steal signs and said, “You have to be cognizant of it and be aware of it. It’s something we’re dealing with. We’ve lived it. We’re prepared for it. When you come down to the execution part of it, you just want to give your kids the opportunity to execute in a manner where nothing gets tipped off.”