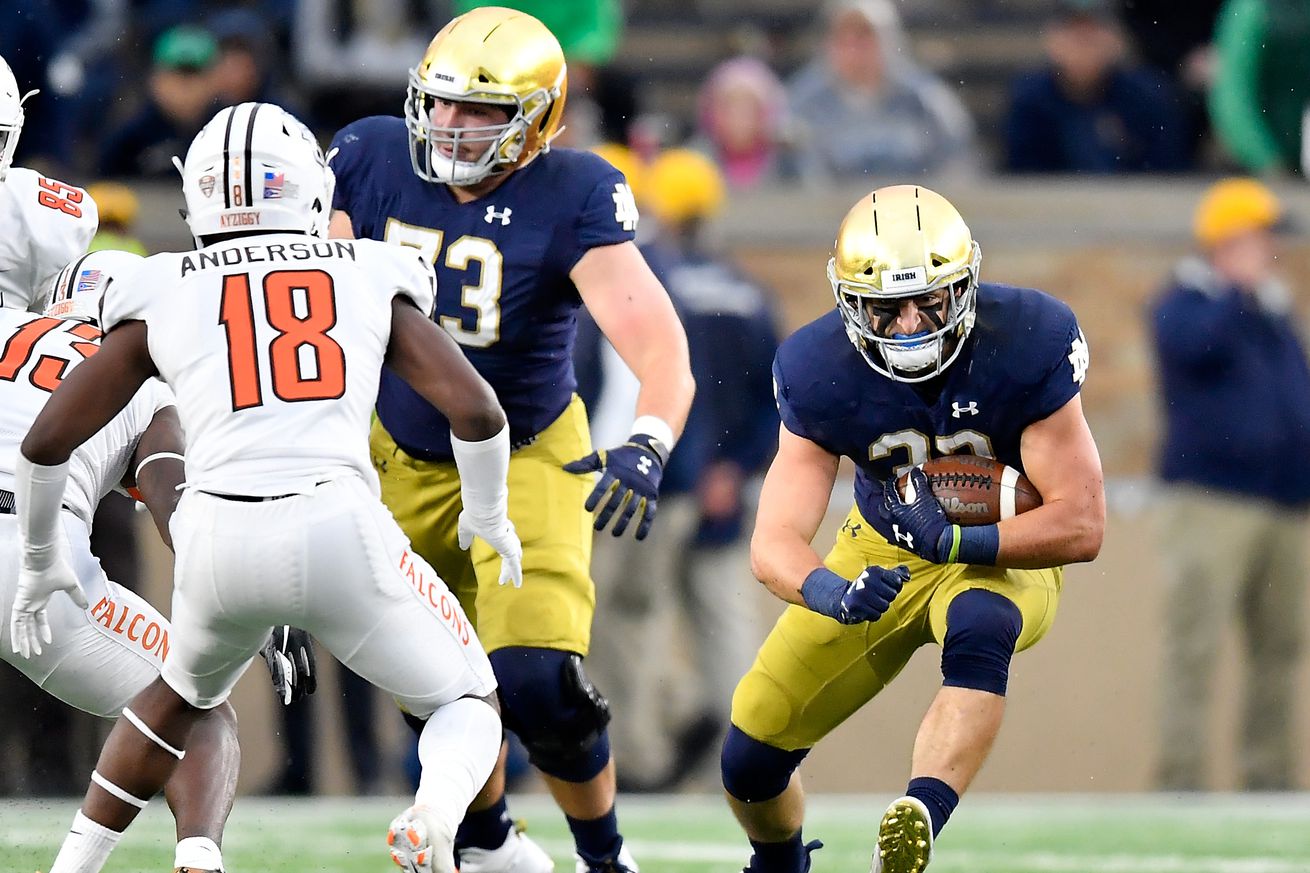 We are almost done with the first week of August and the Notre Dame Fighting Irish still have a “scholarship problem” on paper. The words, “on paper” are significantly important here. While we (you, me, and everyone else) may not know what’s going on inside the Gug with the count — but Brian Kelly and his staff probably do.

But what looks like an actual season around the corner, the problem on paper sticks out like a sore thumb. So — let’s get into it. Here’s Notre Dame’s scholarship count for the 2020 season:

There is a big difference between 3 and 5 — especially in August. With 3 players, I think we could bank on them being medical hardships, but 5 seems pretty extreme.

By all accounts, there doesn’t appear to be any players missing as we would have heard about them by now. The post-spring transfer attrition that normally happens wasn’t there, but it’s hard to imagine anyone announcing a transfer here in the next few days (if you were just about ready to name guys that might transfer because of playing time or whatever).

So here’s a question for you… is Notre Dame buying time in case a spring season is announced? If the season is moved to spring, there’s no reason to worry about the numbers now, and in fact, it’s likely that there will be some players that won’t play in the spring and will prepare for the NFL Draft.

That, of course, is just a theory — a very far out there theory.

A lot of the questions that we have about Notre Dame football and the 2020 season at large, should be answered in the coming days, but this one just seems strange. The numbers always work out by July, but not this year.