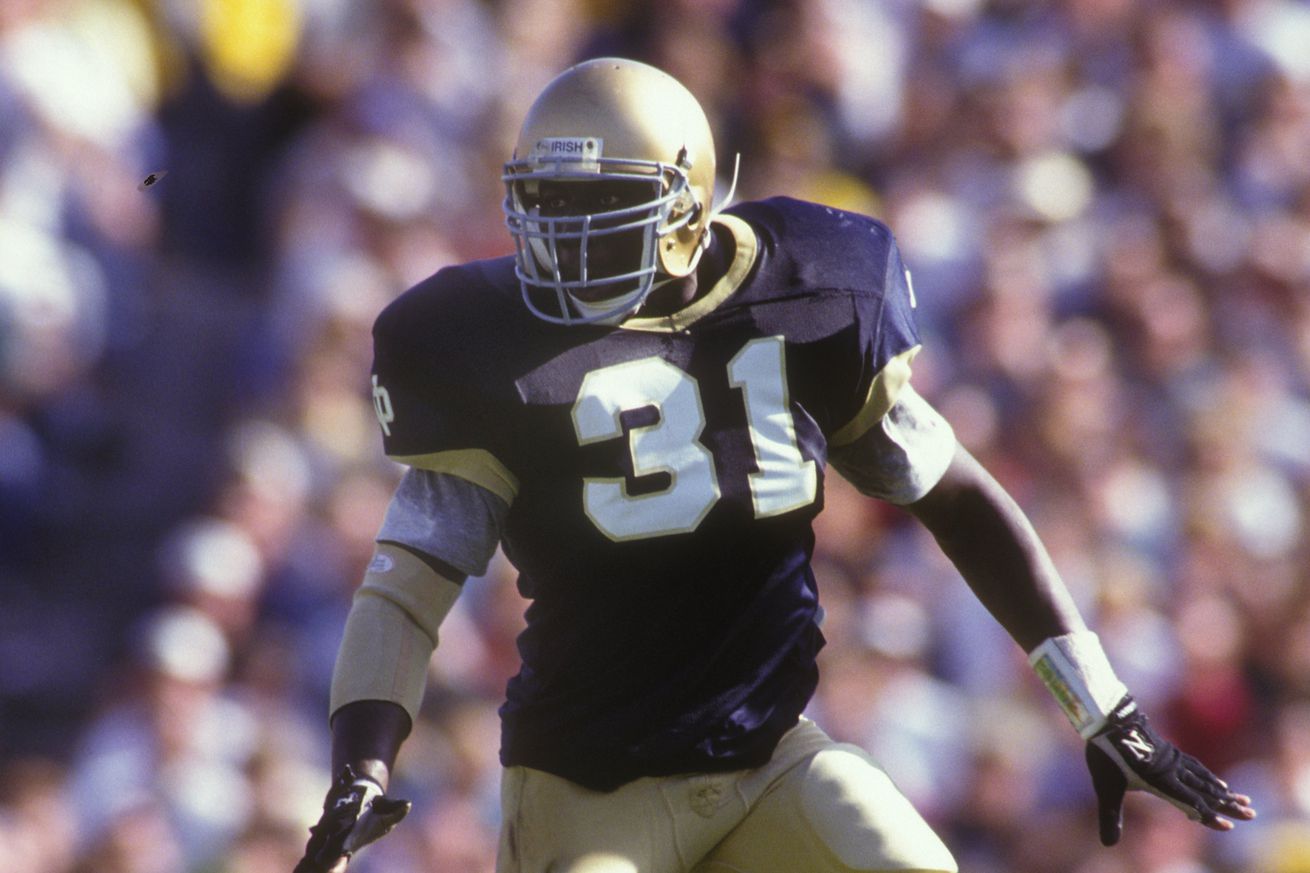 Demetrius DuBose was an incredible linebacker for the Notre Dame Fighting Irish in the early 90s, but had his life cut down at the age of 28 with 12 bullets from the San Diego police department. It’s a tragedy that felt like time forgot until the social justice movement of 2020 helped kickstart a project to shed some light on all of this.

Adolphus Demetrius DuBose decided his name was Demetrius DuBose at seven. When he was nine, he challenged 13 year-olds in football. He was determined to win, and that’s exactly what he did. Demetrius was one of the most recruited athletes out of Seatle in 1989. He chose Notre Dame where he double majored and earned All-American status, team captain, and lead the team in defensive tackles. His effort earned a top spot in the 2nd round of the 1993 NFL Draft. The Tampa Bay Buccaneers utilized his talents on special teams. After four years in the League, Demetrius was cut by the Jets and traveled the world. Upon returning, he found a passion for beach volleyball. He moved to San Diego and invested time and money into the sport. Before obtaining professional status in another sport, he was killed by the San Diego Police department. How does someone with so much potential get their life cut short? He was black in America.

Saturday Sun Productions sees the deeply rooted institutional racism in America and sympathizes with the DuBose family. Due to the media coverage of the killing, Demetrius’s name was tarnished with little defense. Saturday Sun Productions hopes to clear Demetrius’s name with a documentary about his life so the world will remember him for his character rather than his demise.

There is no release date yet for this independent project, but we will try to find out more and update when we can.