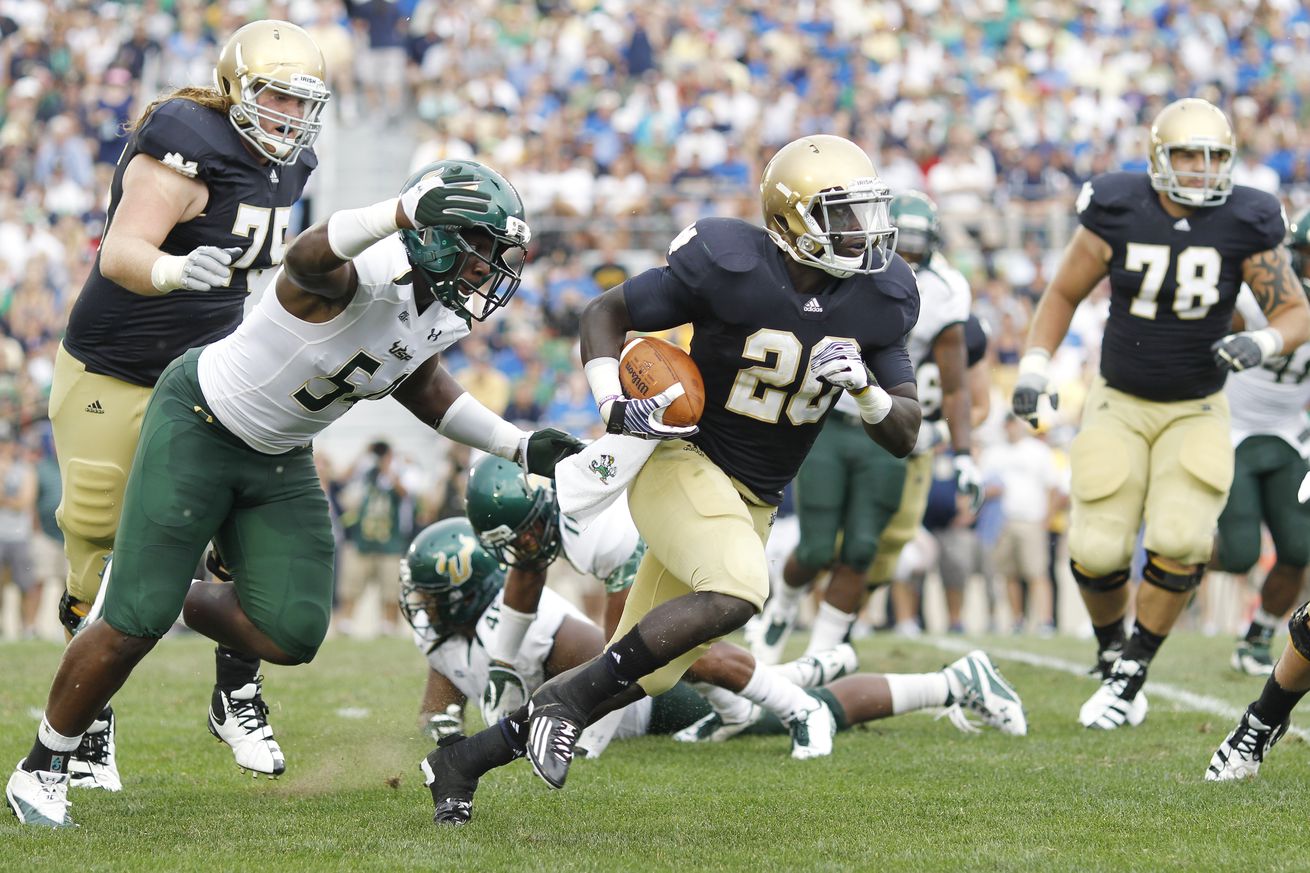 Here’s what the game contract says.

The Notre Dame Fighting Irish and South Florida Bulls won’t play a scheduled three-game series if the first one — scheduled for 17 days from now — gets cancelled, according to a game agreement obtained Wednesday.

The agreement, memorialized Aug. 25, also says that if the parties can’t reach an agreement by Aug. 1, 2021 about the remaining two games, Notre Dame will pay South Florida a $500,000 penalty and neither will be played.

The two teams have tentatively agreed to one game each in Tampa and South Bend following this year’s contest.

The Bulls have the option of purchasing 300 tickets for the game on Sept. 19; each university has the opportunity to purchase 5,000 tickets for the following two games, provided they are played. USF has until Saturday to tell Notre Dame how many of those 300 tickets it would like.

The Bulls will not be allowed to have its band, cheerleading squad or mascots in attendance for the Sept. 19 game and the passes for the bench, coaches booth, field and parking may be limited as well. Notre Dame is also forbidding the Bulls’ student radio broadcast from being present at the 2020 game.

“With respect to the game scheduled for Sept. 19, both ND and USF agree to comply with all medical, infectious disease, safety and public health policies, protocols, requirements, guidelines and other standards (and all associated game manangement and operational standards) as mandated at any time by the Atlantic Coast Conference or Notre Dame for conducting football and each party agrees that its respective failure to comply with any of the Health and Safety Standards at any time (regardless of the effect or severity of such failure) or its failure to validate such compliance shall constitute a material breach of this agreement and shall the give the other party the right to cancel any game or games in its sole discretion at any time (up to and including on the date of the game) without any liability to the other party. Notre Dame agrees to provide the Health and Safety Standards to USF at least two (2) weeks prior to the game.”

“Neither party shall be considered to have breached this agreement for cancelling a game at any time on any of the following grounds: (i) an act of God; national emegency; natural disaster; epidemic or pandemic; federal, state or local governmental regulation; war; terrorism; civil unrest; or court order; (ii) the discontinuance of the NCAA in its current form such that the parties are either no longer members of the same athletic association or no longer members of the same division of a common athletic association; (iii) the party becomes obligated, as a condition of athletic conference membership or affiliation (for football) to play a greater number of regular season football games against conference-designated opponents that it is currently obligated to play against conference-designated opponents in the regular season of the cancelled game; (iv) protection of public health; (v) communicable disease among players and/or team staff; or (vi) any other cause beyond the control of the party.”