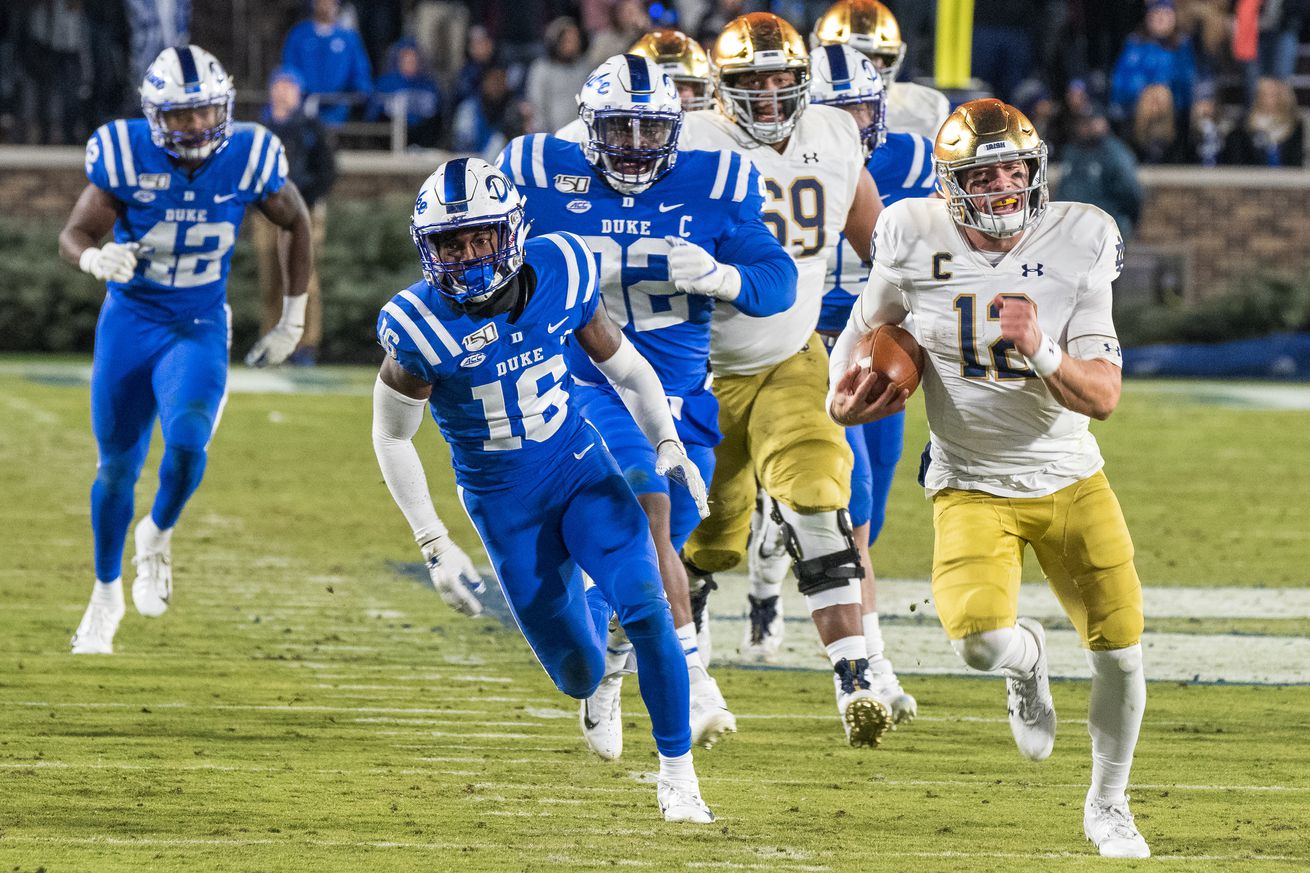 The Notre Dame Fighting Irish football season is basically a bye week away now, and we’re still scrambling to analyze the weeks ahead. Our last opponent just so happens to be who Notre Dame opens the season with in the Duke Blue Devils. It’s not a trip to Ireland, but we can definitely smile at “no Navy” on the schedule.

Three Things To Know About Duke

While many Irish fans have their eyes on the November matchup against the Clemson Tigers, you have to win the first game to make that game have any meaning. Still, there could be some Clemson flavor with this game. Quarterback Chase Brice transferred to Duke from Clemson, and should be the starter in week one. So… an appetizer of sorts. In backup duty for the Tigers, he threw for 581 yards, 5 touchdowns, and 1 interception.

Senior defensive end Victor Dimukeje is the best Duke defender. Last season he had 41 tackles and 8.5 sacks while he made a lot of quarterbacks uneasy in the pocket. Will he be a handful this year? Well… probably not. If we are to believe Liam Eichenberg and the rest of the offensive line are as good as they say they are — Dimukeje should be respected, but not feared.

There are all sorts of revenge factors for the 2020 season, and it all starts with Duke. Yes, yes… the Irish dismantled the Blue Devils last year in a 38-7 game in which Notre Dame held a 469 to 197 yard advantage — but 2016 still hurts. Duke will have some 5th year seniors that were inside Notre Dame Stadium (as well as David Cutcliffe) and that’s good ebough for me.