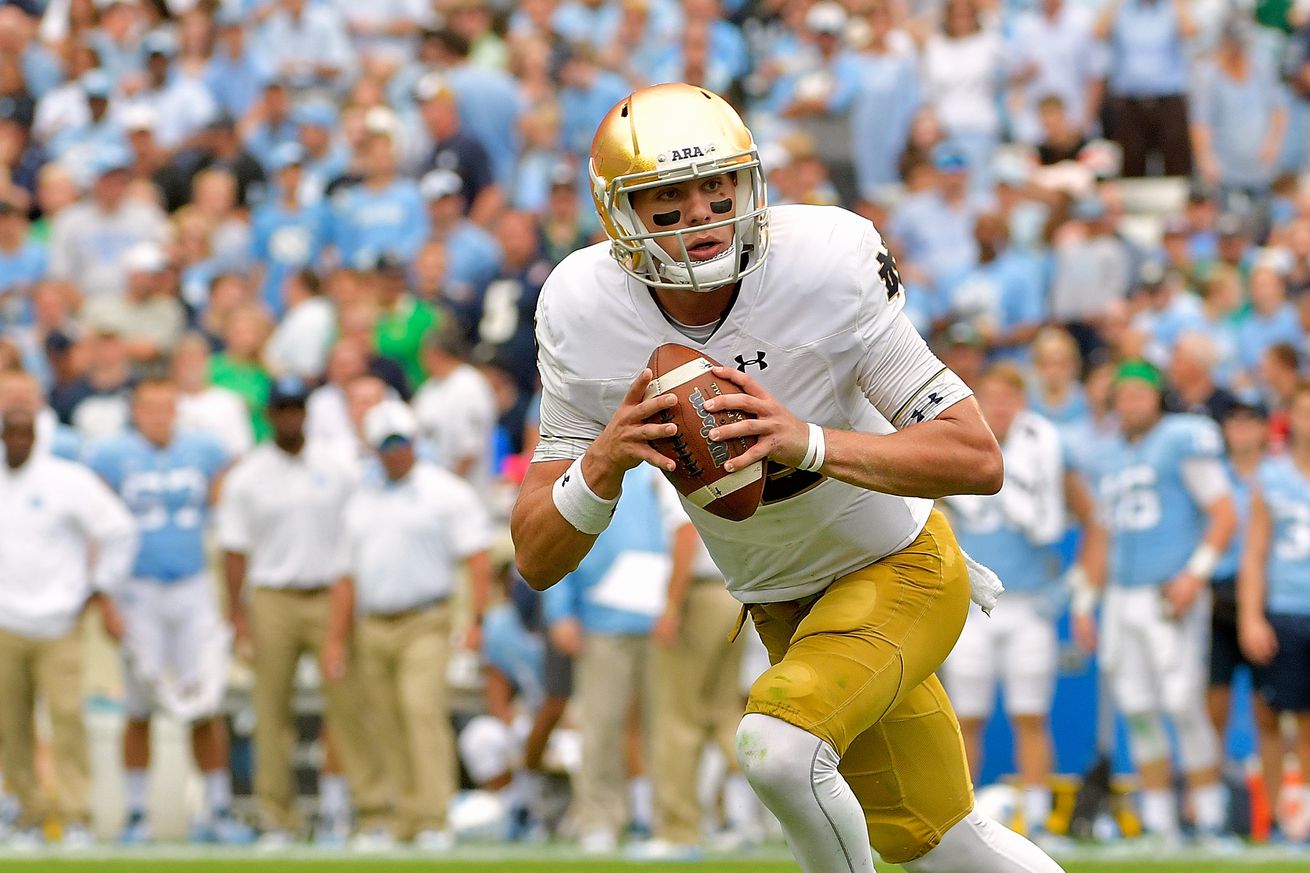 Ian Book Returns to the Scene of His First College Start

With the start of the season just around the corner, we’ll be taking a look at each ACC opponent the Notre Dame Fighting Irish will (potentially) face in the 2020 football season. Today brings the North Carolina Tar Heels, a traditional basketball school that has seen its stock skyrocket as of late due to the impressive work with Mack Brown returning to the helm. He coached there from 1988-1997 before heading to Texas. Despite going 7-6 in 2019, they head into 2020 with high expectations and a potent offense.

Three Things to Know About NC

Howell returns to the starting lineup after a prolific true freshman season in which he was ACC Rookie of the Year as well as a Freshman All American. The consensus 4 star prospect decided to stay in his home state and boy did it pay off. He finished the year throwing for over 3,600 yards, tossing multiple tds in 13 consecutive games. On top of that had 8 games with 3 or more touchdowns. His 38 touchdowns beat Trevor Laurence’s record for most touchdowns thrown by a true freshman. So ya, he’s pretty good. Notre Dame will need to focus on getting pressure to Howell early and have solid outside coverage as receivers Dyami Brown and Dazz Newsome are threats all over the field. Both guys finished with over 1,000 yards in 2019.

Their 6 losses all came by 7 points or less

This shows that they were missing the leadership and experience to pull off some of those close games. This is also some pretty incredible off season motivation because it shows just how close they were and you know they are reminded of those games each and every day. It will be very telling to see how they handle close games early in the year. They are able to avoid the Clemson Tigers, so Notre Dame will be their regular season Super Bowl.

Ian Book Returns to the Scene of his First College Start.

Want to get weird for a second? Ian Book through his first touchdown pass to Cam Smith while the leading rusher for the Irish was Deon McIntosh (who finished with 124 yards and 2 tds). Regardless of that, it was the first time we saw Book at the helm, who has since become one of the most decorated passers in Notre Dame history. With multiple members of the secondary opting out of the 2020 season for the Tarheels, this is a golden opportunity for Book to go head to head against of one of top QBs in the nation. This one should be an extremely fun game that could quickly turn into a shootout of epic proportions.