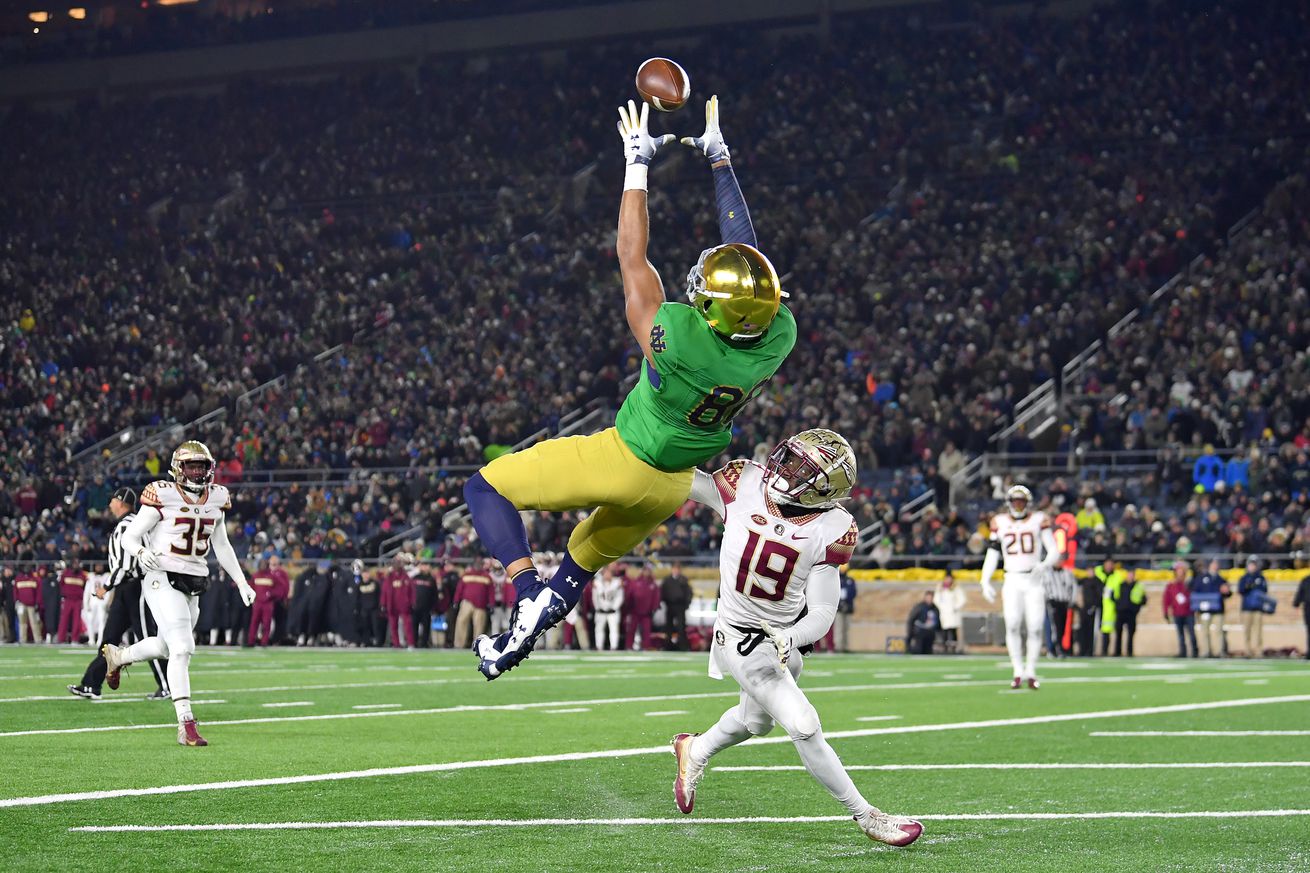 Will this sleeping giant wake?

With the start of the season just around the corner, we’ll be taking a look at each ACC opponent the Notre Dame Fighting Irish will (potentially) face in the 2020 football season. Today brings us to one of the biggest sleeping giants in the sport, a team loaded with talent but also shrouded in uncertainty and controversy – the Florida State Seminoles.

Florida State was always going to have a tough offseason. Coming off a couple tough seasons and transitioning from the tumultuous and short tenure of Willie Taggart, new head coach Mike Norvell now takes the helm without having had spring camp to get acquainted with his players. COVID-19 brought a new element of unpredictability to the program as it did with every other, but rumors are swirling about the way the Seminoles in particular are handling safety. Wide receiver Warren Thompson, Jr. issued and then retracted a statement alleging deception and a lack of seriousness regarding health and safety on the part of FSU’s staff. Norvell had previously met – alongside multiple officials and players Joshua Kaindoh and Keyshawn Helton – with Florida governor Ron DeSantis to outline safety measures.

It was the latest challenge in a rocky first offseason for Norvell, who earlier in the summer was called out by defensive tackle Marvin Wilson for having allegedly misrepresented the program’s response to the nationwide racial-justice protests that erupted in June.

How these developments will affect Florida State’s season is unclear. Concrete details are sparse on all fronts, and Norvell would be far from the first coach to handle such controversies well and regain his players’ trust – as Notre Dame fans, who have witnessed the challenges overcome by Brian Kelly over the last decade, know well. On the other hand, if tensions are still simmering, the ‘Noles could come into the season with a divided locker room.

Quarterback is Up for Grabs

The quarterback position has been in flux for the ‘Noles for the past three years and remains so going into 2020, with several players vying for snaps. Rising senior James Blackman, an on-and-off starter for the last three years who has flashed great potential in some moments and struggled mightily in others, is the incumbent starter. Blackman is the most experienced and complete quarterback on the ‘Noles’ roster, but his position is far from guaranteed.

Blackman will face competition from Jordan Travis, who impressed as a running threat in limited action last season. Travis will likely not takeover as the every-down quarterback due to his limited passing ability, but could see significant action as a runner. The talented and fantastically named freshman Chubba Purdy (brother of Jeremiah Owusu-Koromoah bullying victim Brock Purdy) had a strong showing in camp that made him a contender to start over both Blackman and Travis, but a broken collarbone will keep him out for the season’s first several weeks.

This Team Is A Massive Wild Card

Despite all the disappointment in recent seasons (including a recruiting drop-off), offseason turmoil and uncertainty at key position, this is still a very dangerous team littered with former standout recruits – especially on the defensive side of the ball, where Wilson and Kaindoh form a powerful senior duo and Asante Samuel, Jr. still roams the secondary.

I expect the Irish to beat the ‘Noles, but a team this talented should never be taken lightly, and I wouldn’t be surprising to see a game similar to last year’s matchup with the Virginia Tech Hokies unfold.

Of course, all those players were playing for Florida State the last time they played Notre Dame, and we saw how that turned out.