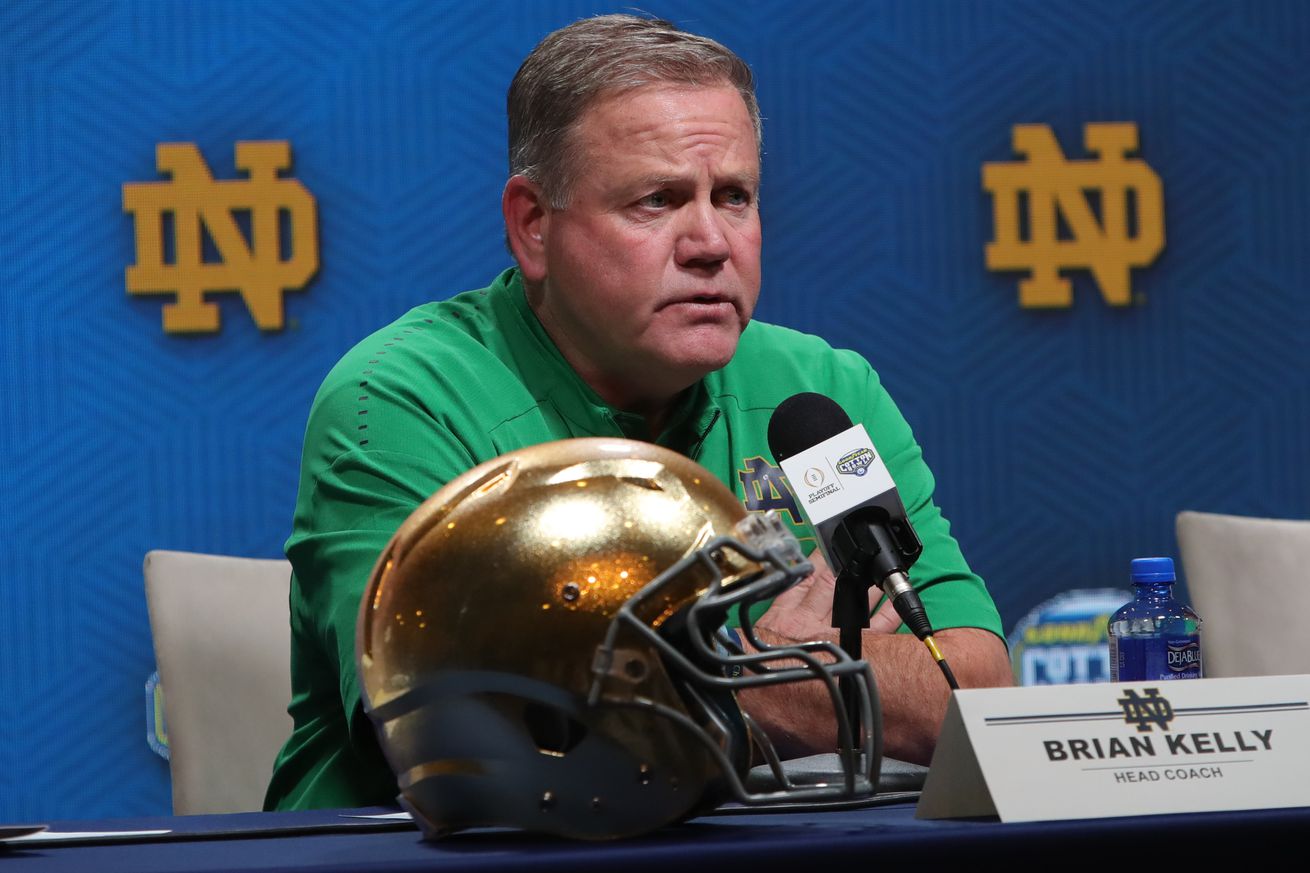 Do the Irish have what it takes to return to College Football’s biggest stage?

We are fast approaching the start of the 2020 season. In order to prepare, we wanted to take a look at the Notre Dame Fighting Irish schedule and perform a quick breakdown of each opponent and potential opponent. Next up, the College Football Playoff.

Three Things to Know About The College Football Playoff

The College Football Playoff is still slated to take place despite the Big 10 and Pac-12 conferences opting out of the traditional fall schedule. The College Football Selection Committee will begin releasing rankings on November 17th. After November 17th, the committee will release weekly rankings for the next 4 consecutive weeks. The selection for the 4 playoff teams will occur on Sunday, December 20th. As it currently stands, the Rose Bowl Game and Sugar Bowl will be the 2 bowls that will host the semifinals on Friday, January 1st. The College Football Playoff is scheduled to take place on Monday, January 11th at Hard Rock Stadium.

The normal cast of characters figures to be in play for the 2021 College Football Playoff. In the Big 12, Oklahoma should be the top contender from the conference. Texas possesses the top-end talent to challenge for a spot, but Tom Herman has only managed two 7-win seasons and 1 10-win seasons during his time in Austin. Oklahoma State’s firepower on offense makes it an intriguing dark horse candidate for the playoff. However the team would have to knock off Oklahoma and Texas in the same season, something Mike Gundy hasn’t accomplished since 2011.

Out of the ACC, the best bet to pencil into the playoff is the Clemson Tigers. Under Dabo Swinney, Clemson has made the playoff 5 out of 6 times. With a schedule that appears significantly easier than what was originally planned, Notre Dame also figures to be in the mix.

Though there is a clear distinction between the elite teams and bottom feeders in the SEC, 2020 could produce a surprise or two out of the conference. For the first time ever, the league will be playing a 10-game conference schedule. Alabama, Florida, and Georgia appear to have the most talented rosters. Although many people are high on LSU, I believe they have lost a ton of talent and will take a step back without Joe Burrow at quarterback. A potential sleeper candidate in the SEC is Texas A&M. Entering Jimbo Fisher’s 3rd season, the Aggies return 8 starters on defense, 4 starting offensive linemen, and always possesses talented players at the offensive skill positions.

There doesn’t appear to be any serious contenders for the playoffs out of the Group of 5 conferences at the moment.

Notre Dame enters the season with high expectations. The Irish return a 3rd year starting quarterback in Ian Book, 5 starting offensive linemen, and a good mix of young talent and experienced playmakers on the defensive side of the ball. Replacing the likes of Wisconsin, USC, and Stanford, with Syracuse, Boston College, and North Carolina has increased the chances that Notre Dame runs through the regular season undefeated or with 1 loss. This is not to discount the current schedule. However, it is plainly obvious that Notre Dame will have 1 night to prove themselves during the regular season, and that comes on November 7th against Clemson. Winning this game convincingly puts the Irish in a strong position to claim 1 of the 4 spots in the playoff. A close win or close loss will definitely keep the Irish in the conversation but will require another strong performance in the ACC Championship. Should the Irish suffer a blowout loss to Clemson, the Irish will require a victory in the ACC Championship and some help in the other leagues to snag a playoff berth. I am of the opinion this year’s team will finally break through the glass ceiling and secure the program’s biggest victory since 1993. Whether or not they can make some noise in the College Football Playoff remains to be seen.