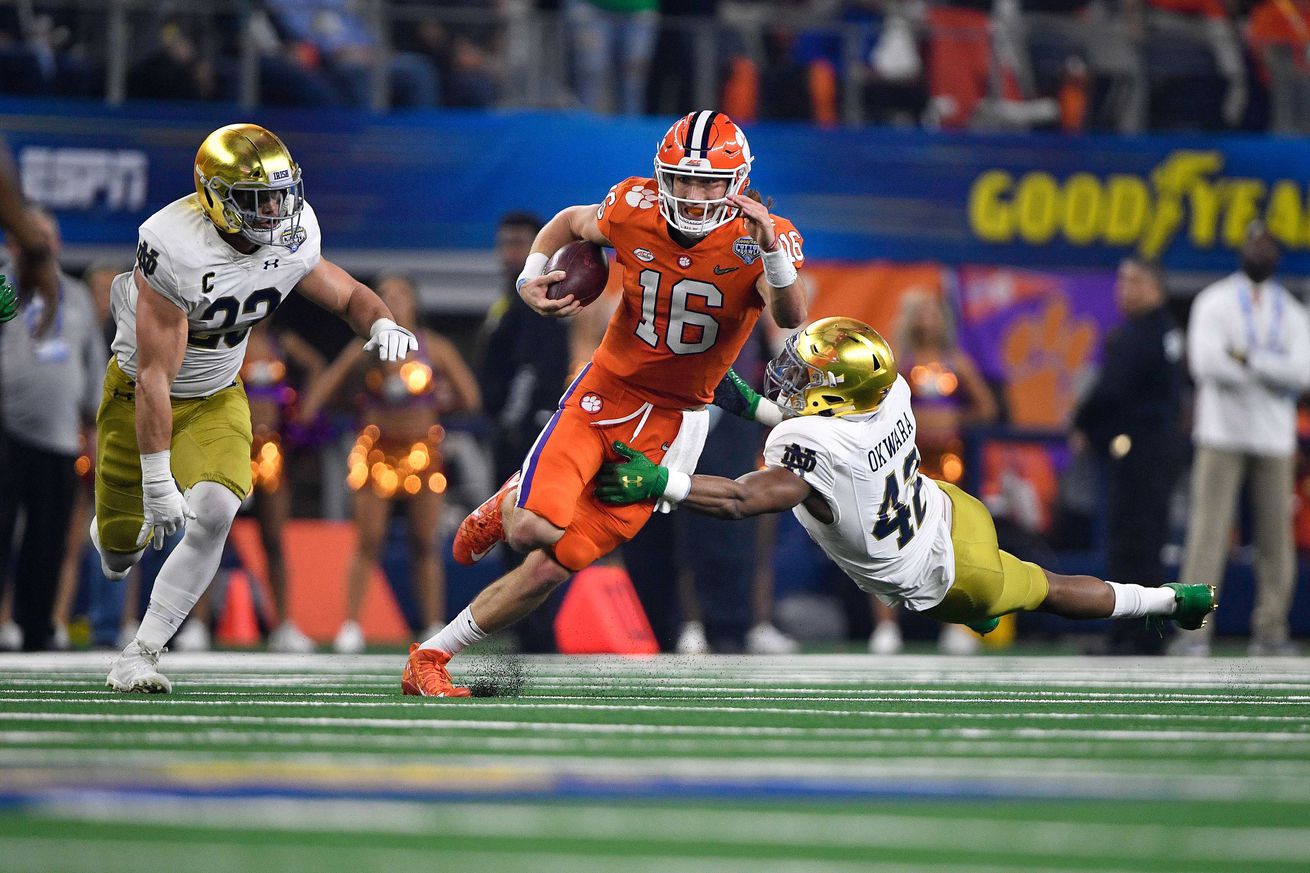 As of now, the big dogs (or cats, I guess) are still coming to South Bend

This coming season is a weird and different one for many FBS teams, but it is especially different for the Notre Dame Fighting Irish. They are joining the ACC fully for this season, and they are playing a full ACC schedule. We here at OFD want to give you all a brief preview on some things to watch and remember when the Irish take the field against their 10 ACC opponents this season. Today, let’s take a look at a few things to keep in mind when the Irish take on the Clemson Tigers.

Three Things to Know About Clemson

In things that aren’t news, they are REALLY good. But Notre Dame is right there with them.

That really is a no-brainer statement. But, we can extrapolate out Clemson’s success and dominance in football to the context of this season. Clemson comes into this abridged season as the favorite to win the ACC. That didn’t change from before the schedules changed. They are still listed as -550 to win the conference. However, the Irish are listed at +700 to win the ACC this season, which are the second-best odds. Even with jumping into the conference for one season, the Irish are clearly valued as the team with the best chance to take home the ACC Championship. Clemson are still on top, but the Irish come for that top spot.

The high profile Clemson players were vocal this year about playing.

While football practices gradually began early in the summer, Clemson was actually at the forefront of programs with some early Covid issues. They initially had 28 positive cases back at the end of June. But, with the ever-evolving situation of the virus, they seemed to have gotten things more in check. As more health and safety concerns came to light with players across the country opting out of playing, Trevor Lawrence and many Clemson players were still very adament about playing this season. You found the same sentiment with the leaders on the Notre Dame Football team, too.

What we can keep in mind here is that if Notre Dame and Clemson do actually play on November 7, barring any high profile players needing to sit out because of Covid precautions, we’re going to get the full boar rosters. Travis Etienne also would not opt out. Justyn Ross will not play because he needs season-ending surgery, but both rosters will be ready to go. Among all of this mess, if we can get both teams at full health, that would be excellent for college football.

Weirdly, Clemson might have a bit of a chip on its shoulder.

After getting housed by LSU in the championship last season, Clemson might actually know a bit of what the Irish have gone through by getting demolished in a College Football Playoff game. Clemson has to prove a bit that they can get over that hump. Unless the Irish ruin the party, it’s too clear that Clemson would more than likely be a lock for the playoff. However, they might be out for blood this season to prove their hunger and to get back to being champions. It’s not like we were watching out for them less, but they might be looking to put us all on even more notice. A really good team with even more to prove is obviously an insanely dangerous combo. But, if we get to that point to play, bring it on during a hopefully 20-degree November day in South Bend.