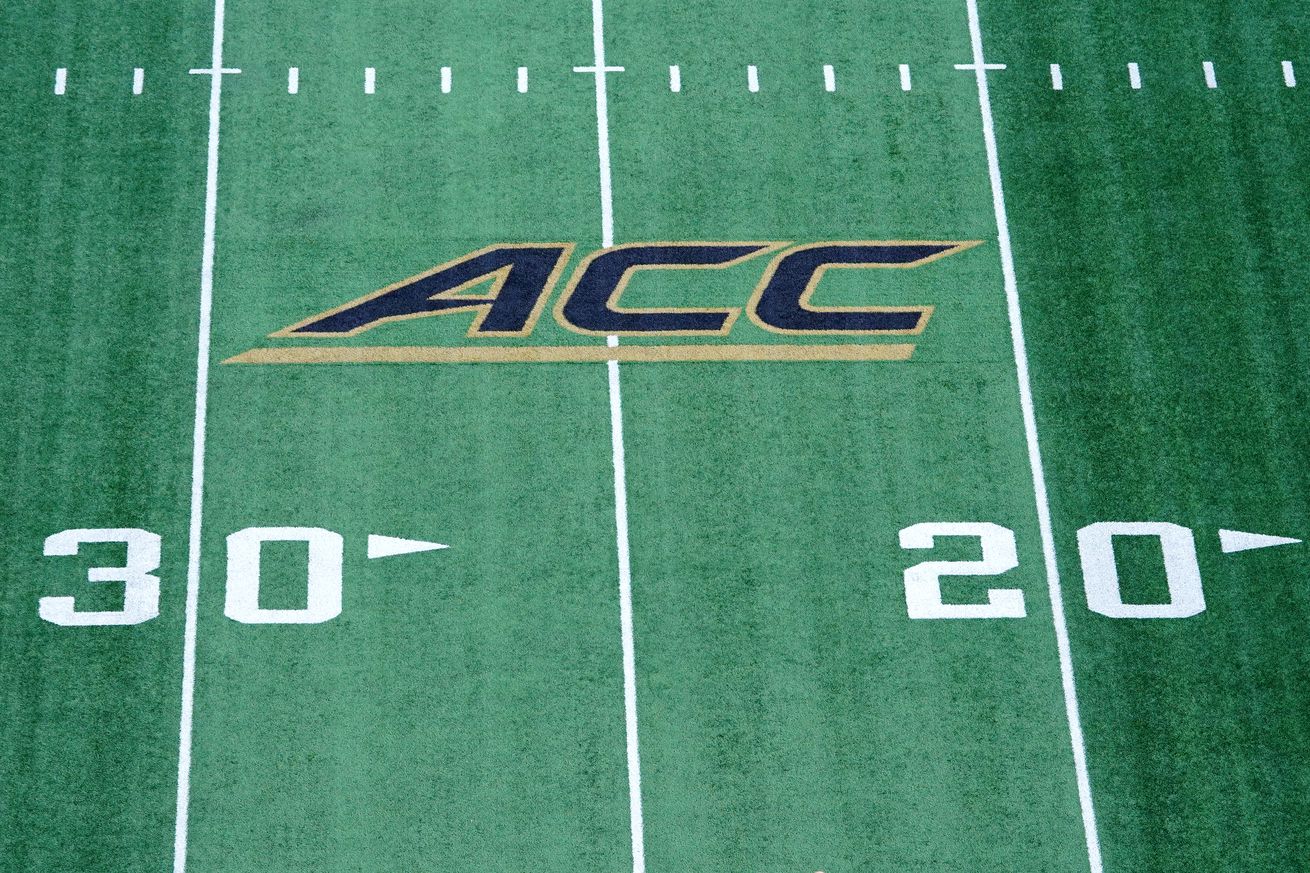 With the ACC season set to kickoff in just six days, the members of the ACC media have made their opinions known by putting out a preseason poll and preseason All-American team.

First off, we might need to set up a GoFundMe to buy a couple of wheelbarrows to help carry around the stones of the two media members who voted the Notre Dame Fighting Irish to finish first in the conference. Outside of that, nothing in this poll is either surprising nor do I find much disagreement with. It should be noted that ND only misses NC State of the bottom 5 teams in the league, furthering the sentiment that John Swofford is a smart man by trying to make this conference thing as appealing as possible.

Thirteen. They have thirteen selections for the first team offense. It’s like the bastard offspring of Josh’s T formation dream, with the inclusion of three running backs, and Mike Leach’s air raid. T-Raid? Let’s go with that. The ACC T-Raid offense. I don’t have a ton of problems with the guys on this list. Trevor Lawrence is a no brainer, as is Travis Etienne. I’ve pounded home on the podcast my love of Florida State Seminoles Tamorrion Terry and Louisville Cardinal’s duo of skill guys. Brevin Jordan makes sense as the leagues returning leader in yards per game from a TE. When it comes to the offensive line, I don’t know how much complaining I actually want to do. Do I feel like Notre Dame could have 3 or 4 guys on this list? Yeah. Is Aaron Banks one of the 3 or 4 I would have picked? No. I am very excited to see how well this vaunted Boston College Eagles line does in November. Did you know Boston College finished fourth in sacks allowed with just 13 given up? Granted, when you’re 118th in pass attempts that certainly helps… Maybe I’m going to be proven wrong but boy…I am real tired of the North Carolina Tar Heels hype train. Michael Carter is by my definition a JAG (just another guy), the only time he topped a 100 yards in a game last year was the 159 he laid on FCS Mercer. His game actually reminds me a lot of Tony Jones Jr, he’s not very fast but can catch the ball and runs north/south pretty well. Is that worthy of inclusion in the All-ACC team as an all purpose back?

It looks as though the hype on Jeremiah Owusu-Koramoah is legit. This feels like when a band you like finally starts getting noticed and you see them playing on the Late Show. On the flip side, Kyle Hamilton’s exclusion…is…understandable. (That felt gross) Look, I think by seasons end Hamilton is going to be a household name but right now a lot of it is projection. Media guy from Winston-Salem likely doesn’t know who Kyle is (he’ll find out in three weeks) and he just picked the names he’s heard. I am curious as to why the hell Hamsah Nasirildeen is on this list over Andre “thong-song” Cisco however. Yes, Nasirildeen had a 100 tackles as a safety but maybe that is side effect of Florida State’s secondary being a matadors cape last year. The Seminoles finished 119th in passing yards allowed, so he was getting plenty of chances to make tackles, kudos to him for making some of them I guess. The only other item of note is the lack of Clemson Tigers defenders on the list. I say that because in each of the last two years they posted five players in the preseason all-ACC team. Perhaps the losses of Isaiah Simmons, AJ Terrell, K’Von Wallace and Tanner Muse might lead to a regression for Brent Venables unit. Who am I kidding, Xavier Thomas is going to blow up and we’re going to be talking about how Notre Dame can possibly stop this kid come November.

I have a confession to make and I might regret making it. When Notre Dame released the video of the ACC logo being painted on the field, I was less than ecstatic about it.

A funny thing happened after that however. I started watching the ACC Network last night. In most years leading up to the season you might OCCASIONALLY catch ESPN mentioning the Irish and it was always with a perceived air of disdain or dismissal. Last night when I was watching their football news shows, they were legitimately talking about Notre Dame and it wasn’t to shit all over them. They had nice things to say about Ian Book. They were talking about the offensive line with reverence. They even brought up Joe Theismann in reference to counting down the start of ACC play. I felt odd, it felt like Notre Dame was… wanted. The ACC network wants Notre Dame to join the ACC, they want our eyeballs and they were treating us nicely, hyping even.

I’m not saying I want Notre Dame to join the ACC or anything but…it kinda felt good.