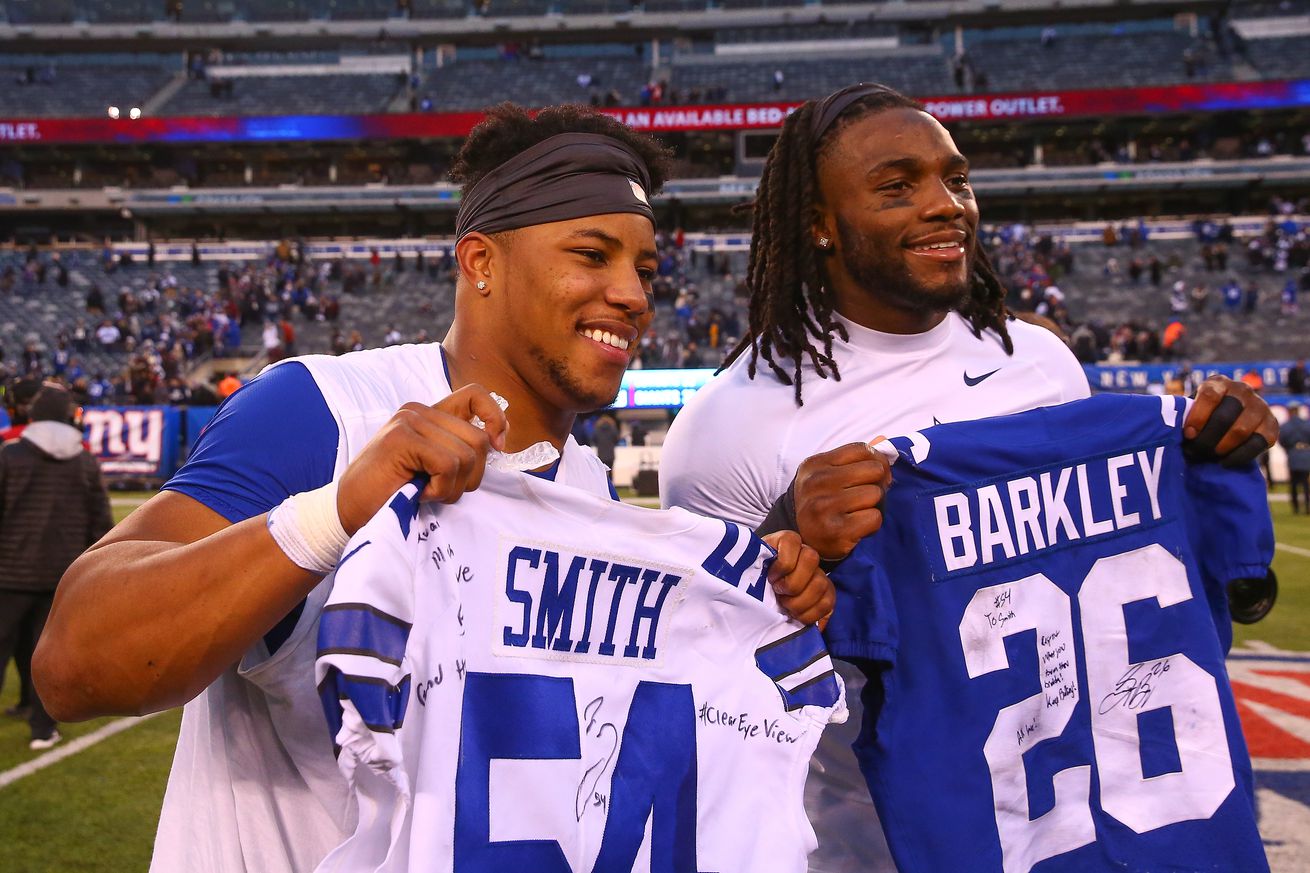 From Josh Adams to Sam Young, and everyone in between.

We are now within the 24-hour window for teams to claim players who were placed on waivers. When the waiver claim period ends at noon Sunday, teams will begin putting together their 16-player practice squads.

Asmar Bilal ’19: The Los Angeles Chargers waived the linebacker, who was signed as an undrafted free agent following the 2020 NFL Draft.

Jalen Elliott ’20: The Detroit Lions waived the safety, who was an undrafted free agent.

Bennett Jackson ’14: The Jets released the defensive back, who split time between the New Jersey team and the Baltimore Ravens last year. He had resigned with the Jets on March 25.

Jarron Jones ‘16: The Pittsburgh Steelers released the former Irish defensive tackle, who has played offensive tackle in the pros. Jones signed with the Steel Curtain April 20 after a stint in the XFL.

Tony Jones Jr. ’20: The New Orleans Saints released the running back, who they signed as an undrafted free agent following the draft.

Sam Mustipher ’18: The Bears waived the former center, who they signed as an undrafted free agent at the conclusion of the 2019 NFL Draft. Mustipher was on the Bears’ practice squad last year.

James Onwualu ’17: The Carolina Panthers cut the former Irish linebacker, whom they signed Wednesday. Onwualu played in nine games for the Los Angeles Chargers in 2017 and in five games for the San Francisco 49ers in 2018. He missed the entire season with a knee injury while with the Jacksonville Jaguars.

Theo Riddick ’13: The Las Vegas Raiders released the former Irish running back, who was a sixth round pick of the Detroit Lions in 2013.

KeIVarae Russell ’18: The New York Giants signed the former Irish defensive back on Aug. 29 and released him a week later.

Dexter Williams ’19: The Green Bay Packers waived their sixth round pick from the 2019 NFL Draft.

Sam Young ’10: The Las Vegas Raiders released the offensive tackle, who signed with the team May 6. He was a sixth-round pick of the Dallas Cowboys in 2010, but played three seasons each with the Buffalo Bills, Jacksonville Jaguars and Miami Dolphins.

Te’von Coney ’19: The Las Vegas Raiders cut the former Irish linebacker on May 5.

One of the #49ers’ top undrafted rookie signings, former @NDFootball slot/return man Chris Finke, was waived/non-football injury yesterday. He tweaked his hamstring in offseason workouts. The door is open for Finke to return when healthy. He is a practice-squad candidate.

DeShone Kizer: The former Cleveland Browns second round pick was waived May 5 by the Las Vegas Raiders.

Ben Koyack ’15: The former Irish tight end has had tryouts in the last month with the Detroit Lions and Indianapolis Colts.

Ben Koyack became an unrestricted free agent when the NFL’s new year started last week. He has played five seasons with the Jaguars since being drafted by them in the seventh round of the 2015 NFL Draft. #NDFB #IrishIntheNFL https://t.co/6iKifmuSgY

Julian Love: The lockdown corner — now a safety for the New York Giants — signed a four-year, $3.29 million contract after being drafted 108th overall during the 2019 NFL Draft.

Cole Luke ’17: The Carolina Panthers cut ties with the defensive back on Aug. 28. He worked out today with the Washington Football Team, according to the Houston Chronicle’s Aaron Wilson.

Tyler Newsome ’18: The Kansas City Chiefs waived the former Irish punter July 29. He has signed tried out for the New England Patriots.

Reminder, 4 pm deadline for teams to reach 53.
Another reminder, today’s 53 isn’t likely to be Sunday’s 53.
I won’t be surprised if Colts carry DT Sheldon Day and TE Trey Burton on initial 53, then place them on short-term IR Sunday.

The #Texans are signing FA RB CJ Prosise to their practice squad, source said, a smart move for Houston given the new PS rules.

Donte Vaughn ’20: The Los Angeles Chargers waived the defensive back, who signed with the team following the 2020 NFL Draft.

Miles Boykin ’19: The receiver, who was a big part of the Irish’s playoff run in 2018, signed a four-year, $3.5 million contract with the Baltimore Ravens, the team that drafted him.

Tyler Eifert ’13: The Mackey Award winner signed a two-year, $9.5 million contract with the Jacksonville Jaguars. His guarantee was $3.25 million, according to OverTheCap.com.

Will Fuller: The Houston Texans exercised a fifth-year option on Fuller’s rookie contract, paying him $10.2 million this season.

Will Fuller will be just the 3rd WR ever to play on his fifth year option without an extension, and the first to do so before hitting free agency as the NFL’s cap shrinks because of a pandemic.

On a unique contract year and what’s to come for Fuller: https://t.co/kdjt3iLD8J

Alohi Gilman ’20: The Los Angeles Chargers signed Asai Alohilaniokala Gilman to a four-year, $3.48 million deal after drafting him in the sixth round.

J.J. Jansen ’08: The long snapper has one season remaining on his five-year, $5 million contract with the Carolina Panthers.

Cole Kmet: The Chicago Bears signed their second-round pick in the 2020 NFL Draft to a four-year, $7.57 million contract.

Nick Martin ’15: The Houston Texans center signed a three year, $33 million extension in September 2019. Of that $33 million, $18.3 million is fully guaranteed, according to OverTheCap.com.

Zack Martin ’13: The former Irish tackle is in the third year of a six-year, $84 million contract extension with the Dallas Cowboys. (He plays guard for America’s Team.)

Mike McGlinchey ’17: The former Irish tackle is in his third year of a four-year, $18.3 million fully guaranteed contract with the San Francisco 49ers.

Quenton Nelson ’18: The former Irish guard is in his third year of a four-year, $23.8 million contract with the Indianapolis Colts.

Isaac Rochell ’17: The Los Angeles Chargers signed their seventh-round pick in the 2017 NFL Draft to a four-year contract worth $2.48 million. This is the final year of that deal.

Durham Smythe ’17: The former Irish tight end is entering the third year of a four-year, $3.09 million contract with the Miami Dolphins.

Ronnie Stanley ’16: The Baltimore Ravens exercised the fifth-year option in Stanley’s contract, and will pay him $12.86 million guaranteed this year.

Golden Tate: Tate is in the second year of a four-year, $37.5 million contract with the New York Giants.

Drue Tranquill ’18: Tranquill signed a four-year, $3.17 million contract with the Chargers, the organization that picked him 130th overall in the 2019 NFL Draft.