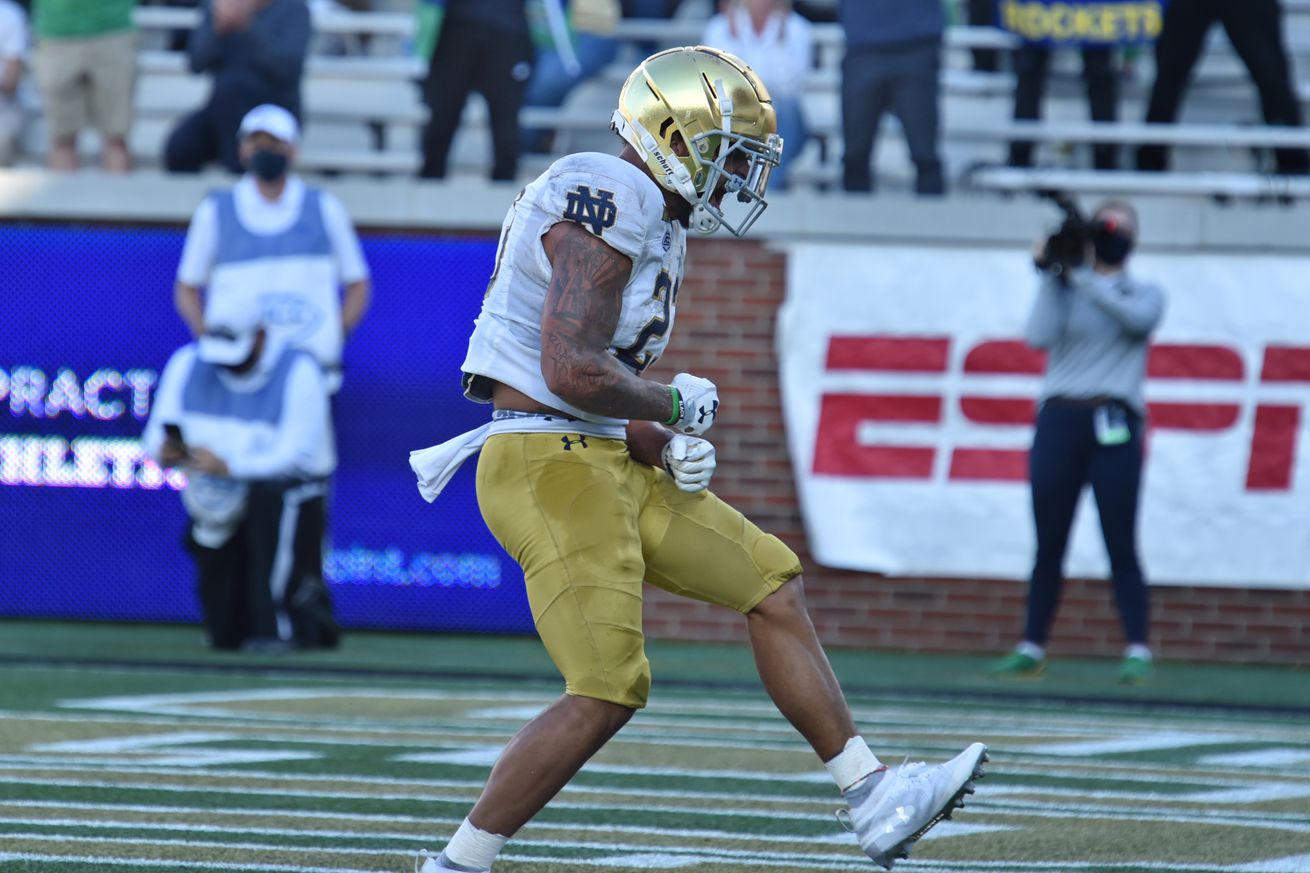 The Notre Dame Fighting Irish released their depth chart for this Saturday’s huge showdown with the #1 ranked Clemson Tigers.

The big change here is that Jafar Armstrong has officially been moved from running back to wide receiver. Notre Dame and Brian Kelly feel very good about Kyren Williams, Chris Tyree, and C’Bo Flemister — and want more out of the wide receiver position. Jafar is listed behind Javon McKinley, but honestly we could see him in a variety of ways (or not). No mention of Jordan Johnson by BK or by any reporters today.

There are no changes to the defensive depth chart. Marist Liufau will not be available in the first half for the Irish because of a targeting call against Georgia Tech, but I expect more from Jack Kiser this week anyways. One other note… some are still alarmed at Isaiah Foskey’s position on the depth chart. Please remember there is an “OR” by his name as the 2nd string for both Vyper and Strong and Notre Dame uses a heavy rotation.

Matt Salerno has solidified his place as the number one punt returner on the team despite the return of Lawrence Keys III. Other than that, the units continue to be the same.