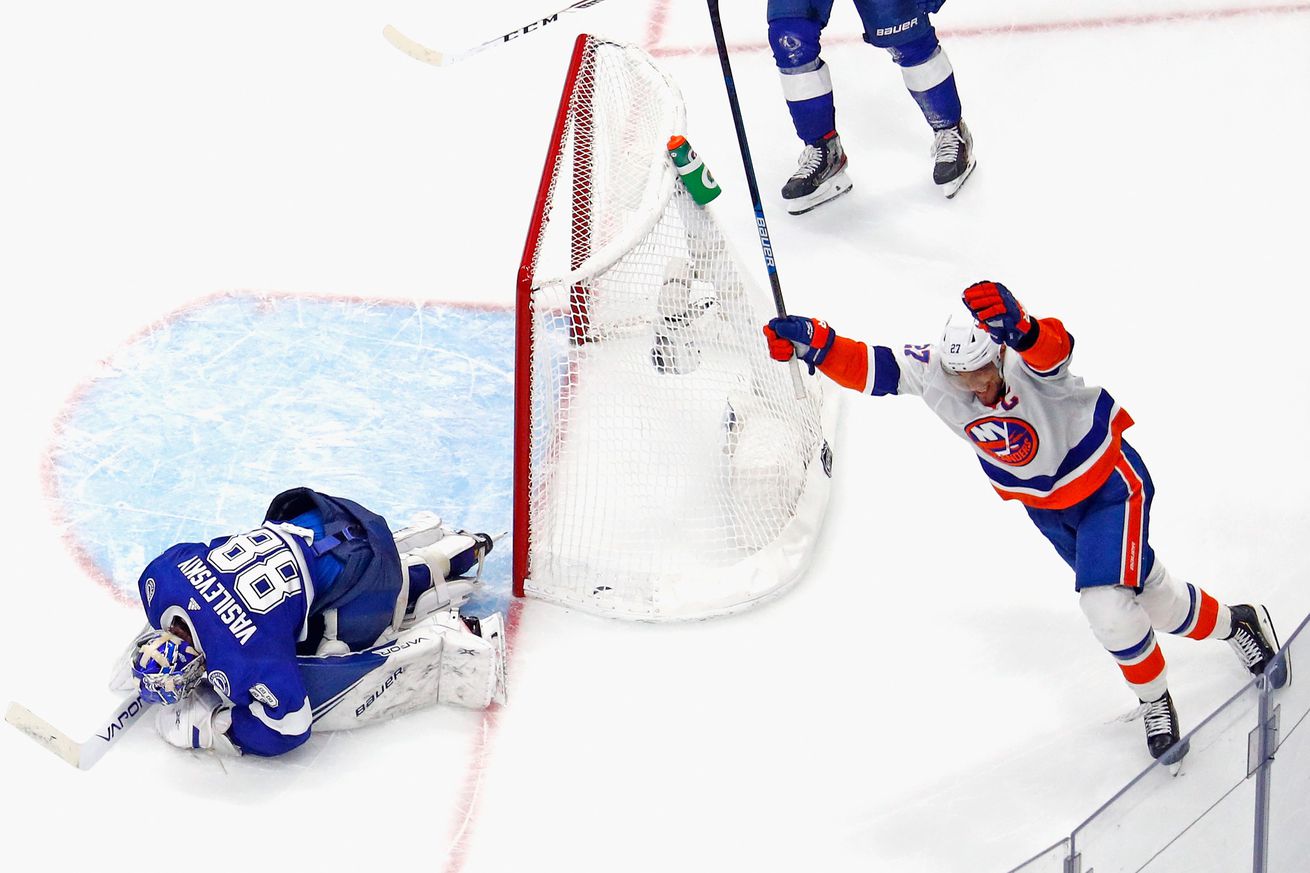 The Bolts avenged 2019 and finally raised the Cup, let’s see how the former Golden Domers fared.

In a season where at times we weren’t sure a Stanley Cup champion would be crowned, it was the Tampa Bay Lightning who lifted the most recognizable prize in sports on Monday night. The championship is the second in franchise history and the first since 2004.

The Finals were played at Rogers Place in Edmonton, AB; one of two hub cities, along with Toronto, to host the 2020 Stanley Cup Playoffs. The tournament began with a qualifying round on August 1st. While no former Golden Domers hoisted Lord Stanley’s Cup, the Irish were still well represented among the 24 teams.

The Bruins surprised many by stumbling out of the gate and losing all three games of the Eastern Conference Seeding Round-robin. They then made quick work of the Carolina Hurricanes in five games, only to lose in five to the eventual champions. Having signed a three-year extension on the eve of the playoffs, Bjork only registered an assist in 13 games this summer. The third line winger attempted 7 shots on net in the Bruins’ final game of the playoffs.

Evans, a former Notre Dame captain, also registered one assist in this year’s playoffs. Evans and the Canadiens upset the heavily favored Pittsburgh Penguins in the Cup qualifiers before falling to the Philadelphia Flyers, 4-2. Evans appears to be in Montreal’s long-term plans, the 24 year old was signed to a two-year deal earlier this week. Habs fans will hope he can blossom into a third line center.

Fogarty had a block and two hits in only seven minutes of ice time while the Rangers were swept by the Hurricanes in the qualifying round. The future looks bright in Manhattan, as the Blueshirts won the draft lottery and will in all likelihood draft phenom Alexis Lafrenière. It remains to be seen if the former Notre Dame captain will be a part of their long-term plan, as he enters the offseason as an unrestricted free agent.

The Islanders reached the Eastern Conference Finals for the first time since 1993, before falling in six to eventual Stanley Cup champions. Lee registered seven goals and four assists in 22 playoff games. Two clutch goals against Philadelphia and the Washington Capitals turned the tide for his team, which has the home-grown talent to stay a contender for years to come on Long Island.

Peeke made his NHL debut this season and bounced back and forth between Columbus and Cleveland, their AHL affiliate. The former Notre Dame captain did not see any ice time in the playoffs, but the Blue Jackets defeated the Toronto Maple Leafs in the qualifying round before falling to the Lightning in five games. The 22 year-old is signed through next season.

While Rust failed to win a third cup in five seasons, he made his presence felt with a goal and two assists in the qualifying round for Pittsburgh. The Canadiens defeated the heavily favored Penguins three games to one. He has two years left on his deal in the Steel City.

Playing in his fourth Stanley Cup playoffs, Cole tallied a pair of assists in 15 games before the Avalanche were eliminated in the second round by the Dallas Stars in a series that went the distance. The veteran defenseman won back-to-back cups in Pittsburgh before heading to the Mile High City, where he is signed through next season.

Gross did not see the ice for the Coyotes in this year’s playoffs. Arizona got past the Nashville Predators in the qualifying round before being eliminated by Colorado in five. The rookie defenseman enters this offseason as a restricted free agent.

Another Domer-turned-Coyote, Hinostroza recorded two assists in seven games for Arizona in his second NHL playoff appearance. Like Gross, Hinostroza is a restricted free agent this offseason.

After a 22-month absence due to post-concussion syndrome, Johns returned this season to help Dallas reach the Stanley Cup Finals for the third time. He was limited to four games in the playoffs due to an undisclosed injury. For his inspirational return to the ice, he was a finalist for the Bill Masterson Memorial Trophy, which is given to the player who best exemplifies the qualities of perseverance, sportsmanship, and dedication to hockey.

Sheahan made his fifth playoff appearance after signing a one-year deal in Edmonton prior to the start of the season. He had eight hits and four blocked shots for the heavily favored Oilers, who were upset by the Chicago Blackhawks in the qualifying round.

Tynan, who is tied for the most games played at Notre Dame, did not make an appearance for the Avalanche in this year’s playoffs. However, prior to the NHL’s restart, he signed a one-year deal to remain in Colorado for the 2020-21 season.