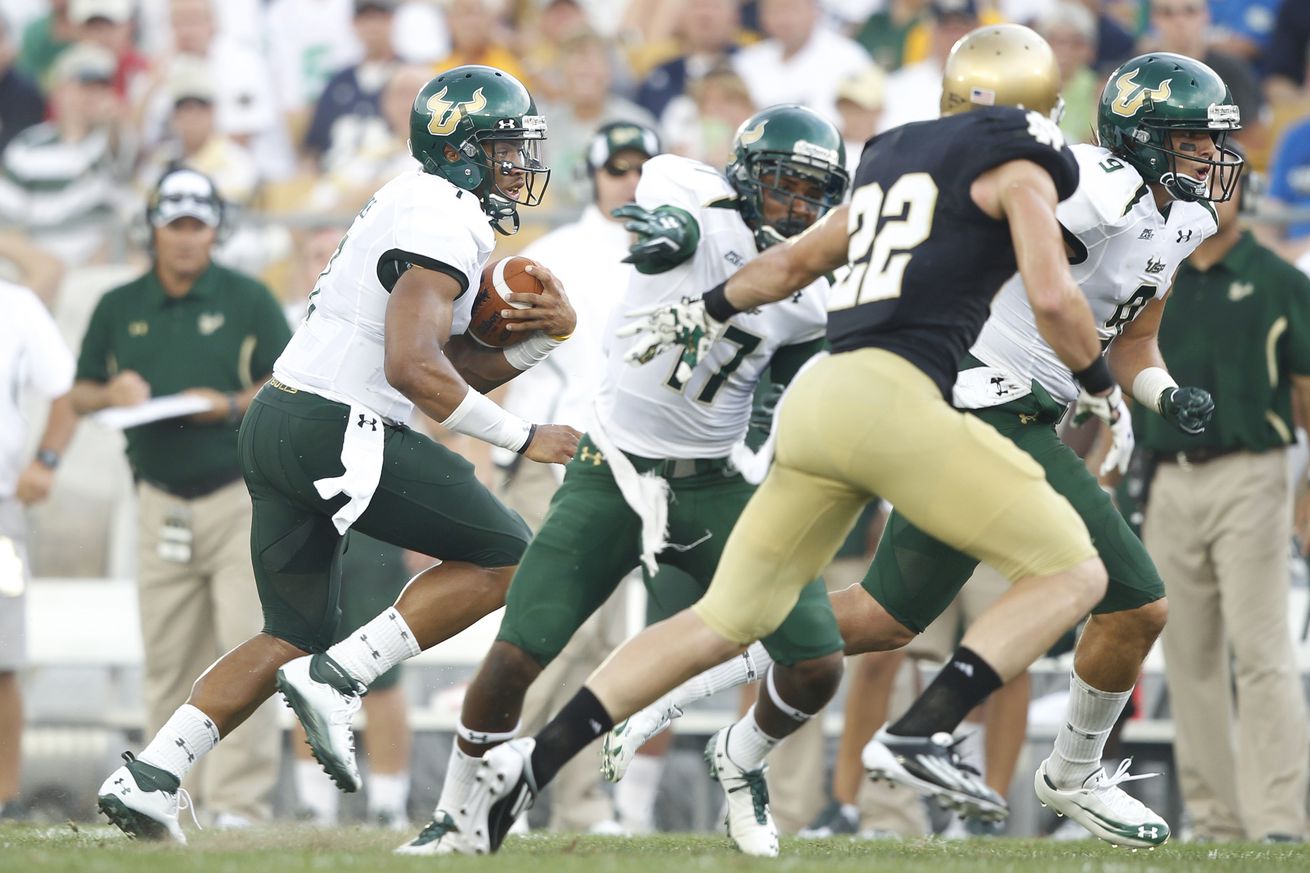 When it rains… what the hell?

According to a report on Irish Illustrated by Tim Prister, the Notre Dame Fighting Irish will play the South Florida Bulls on September 19 in South Bend. The Irish were originally scheduled to play the Western Michigan Broncos, but their season was cancelled after a decision by their conference, the MAC.

Notre Dame famously last played South Florida in 2011 as the season opener. It was a game that was delayed during regulation due to lightning from a thunderstorm. It’s also the famous “Purple BK” game as Brian Kelly lost his temper on the sideline with Irish receiver TJ Jones. Notre Dame eventually lost the game 23-20, with the bad omens starting early when Kayvon Webster returned a Jonas Gray fumble 96 yards for a touchdown. The Bulls were coached by Skip Holtz (son of Lou) and is still a major source of pain for Notre Dame fans.

This news comes just less than a day after Notre Dame football cancelled their practice to address the coronavirus situation on campus. So, either Jack Swarbrick and Notre Dame are extremely serious about getting in as much football as possible in 2020, or this is just another “thing” that won’t matter in a couple of weeks.

Right now — I could go either way.

It is a little strange given that Swarbrick has publicly talked about 8-10 games, but again… it’s 2020. Anything is seemingly possible — except the taming of COVID-19.