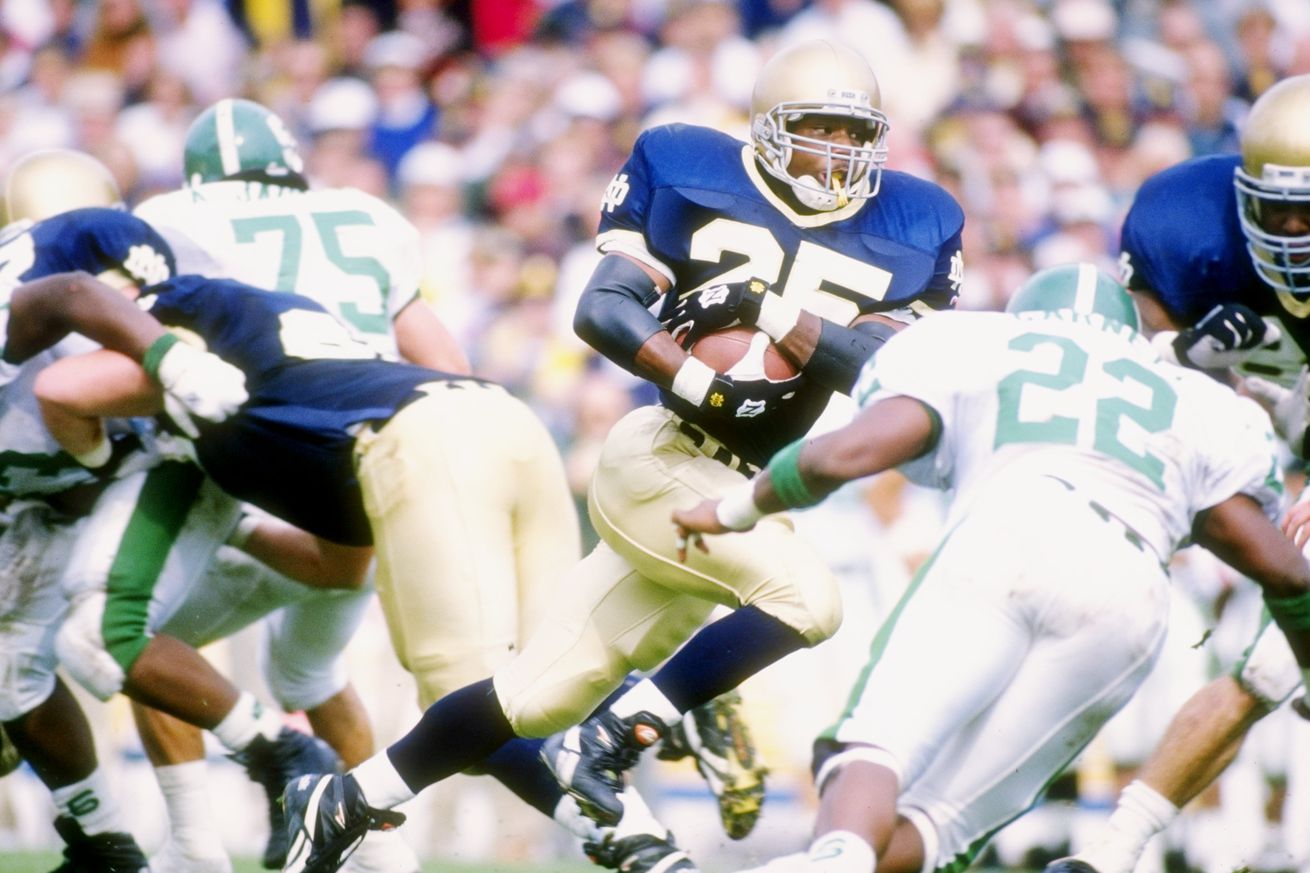 RELEASE THE TAPES! (This is for a limited time only)

On Saturday night, the Notre Dame Fighting Irish had their 2nd game watch of the 2020 coronavirus season when they aired the great 1993 game against the Florida State Seminoles. As part of the celebration, Notre Dame then added the entire 1993 home season to its channel on YouTube.

Notre Dame did the same thing last week during its Game Watch for the 2015 win over the Texas Longhorns as they released the 2018 home season on the channel.

There is a key thing to keep in mind here… THIS IS FOR A LIMITED TIME ONLY and says exactly that in the description of each video.

I spoke to a source last week before the Texas game, and that person told me that since Notre Dame is the only school in the country that owns their own rights (thanks to the NBC contract) they are the only school that can do such a thing. The same source also said that Notre Dame would do this with more seasons for a “limited time” due to the COVID-19 pandemic.

So if you want to re-watch an old game that has barely existed before on the internet… be sure to get your fix in now (like this gem against the Pitt in 93):