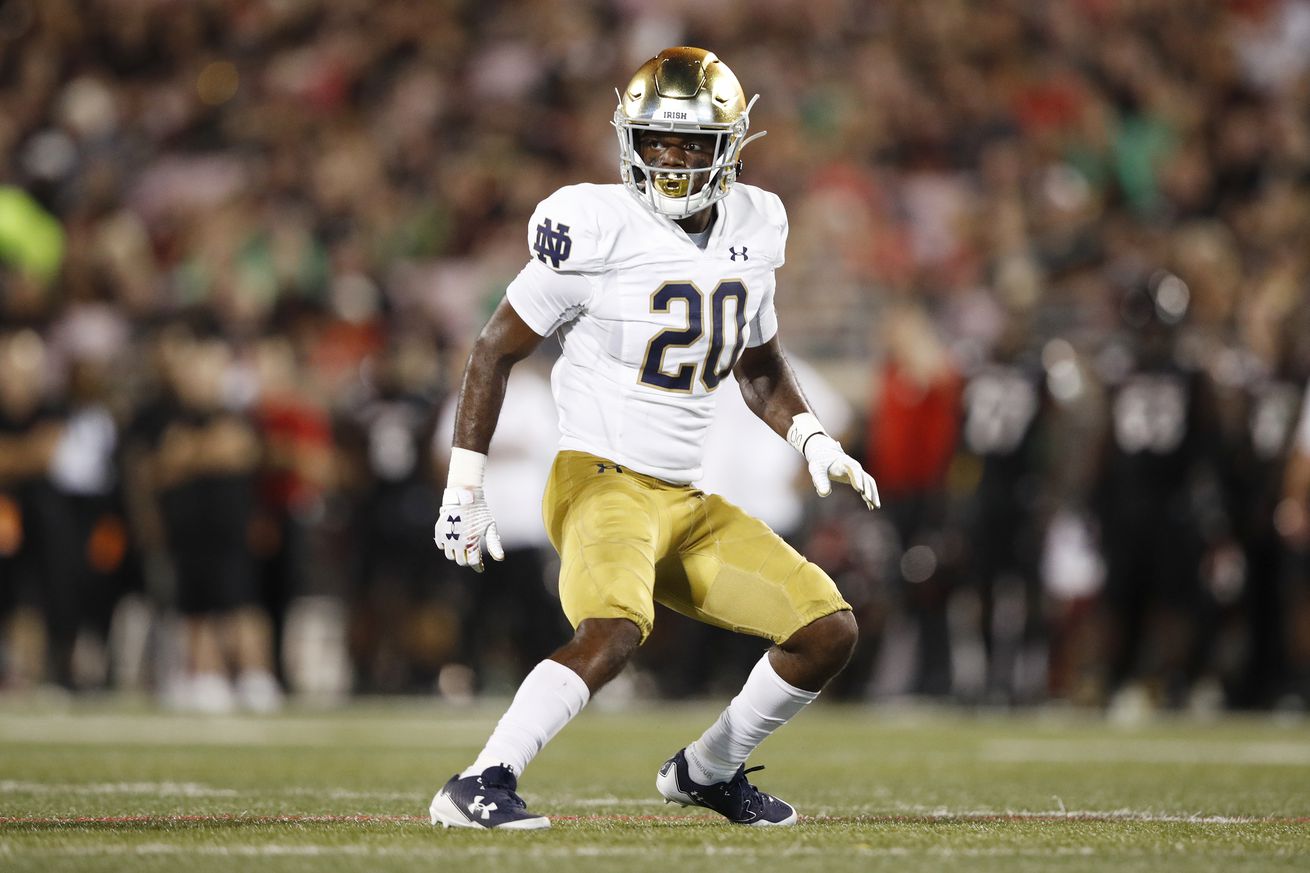 When the can you were kicking falls into a sewer

Remember when I told you to prepare for no Notre Dame Fighting Irish football this fall? That was just over one month ago, and unfortunately, it’s looking more and more like it’s going to be true.

Commissioners of the Power 5 conferences held an emergency meeting on Sunday, as there is growing concern among college athletics officials that the upcoming football season and other fall sports can’t be played. https://t.co/rZmwihyhZi

Of course — NOTHING is official right now. As the week goes on, there should be more and more news leaked about any of the details involved. It’s my understanding that the Power 5 conferences want to do something in unison rather than independently, but as we have seen in the past, it may still be more of a domino like effect.

Why the sudden change when we are just one week removed from all sorts of new schedules and new hopes? Well… I don’t have a good answer for that question, and I’m not looking for a giant coronavirus debate. What I will say, is that if you’re asking “what’s changed?” — the best answer is that the people in charge are finally ready to stop kicking the can down the road.

You have to remember, all of the professional sports are going into a bubble to play a season while college athletes are coming out of one. And to be honest, you can’t create a bubble for college athletes and still remain under the shroud of amateurism.

If they want to start paying college athletes immediately and treating them like the professional players that they really are, then yeah… I suppose you can do that. That also means the formation of a college football players association (also known as a union).

Of course these guys want to play, and University presidents and athletic directors need to hear their voice — but hearing a voice and doing what that voice asks are two entirely different things. None of the players are doctors or health professionals (at least not right now) so it would be irresponsible of administers to ignore doctors and health professionals for the desires of a 20 year old wanting to play a game.

Big 10 source: “There’s no path forward that medically is safe. Hope we can all realize this as the season should have been called a month ago. No decisions today.”

All of this sucks — every single bit of it. I want football this fall, and honestly I don’t know how no football is going to affect me and my bank account. I love this game and have dedicated the last 14 years of my life covering Notre Dame football. That doesn’t mean that I can ignore what’s happening all over this country.

If you want to be pissed at something, don’t shoot the messengers. There’s plenty of real blame to go around such as governors opening up states too early and citizens all over that have ignored or downplayed the dangers of covid-19. The ONLY way we were going to get college football this fall is if the curve went flat and then descended. It didn’t as Americans all across the country went about their lives without masks or other safety precautions.

So, this week will consist of a whole lot of waiting to see what the Power 5 bosses say and do. There’s really nothing else we can do.