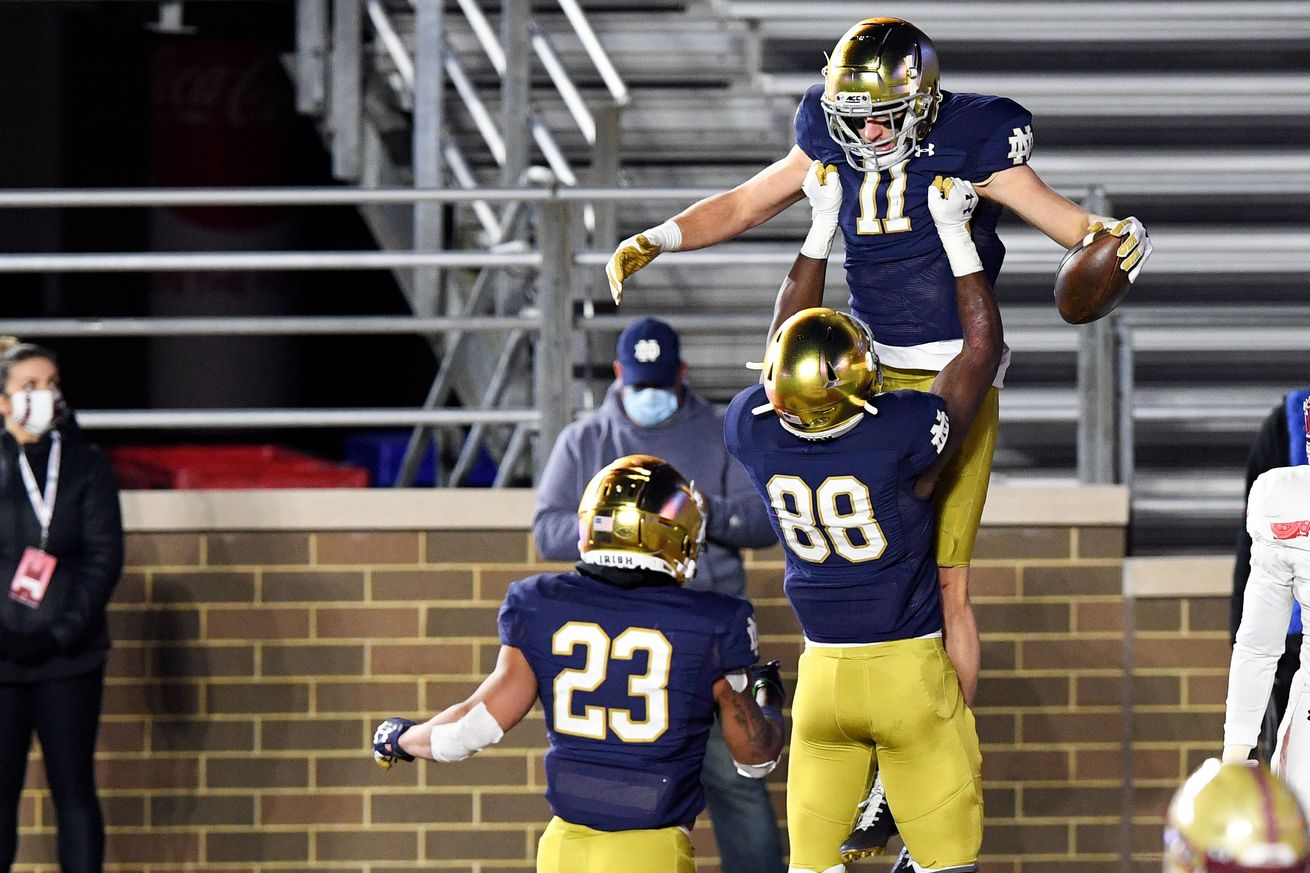 Brian Kelly’s squad is in a really good place

The Notre Dame Fighting Irish are now heading into a bye week after their 45-31 win on the road over the Boston College Eagles. As they rest up and prepare to finish the regular season, they will do it as the #2 in the country according to both the AP Top 25 and Coaches Poll.

While the Irish didn’t budge much this week, they did lose one first place vote in both polls — and none of it matters. The College Football Playoffs selection committee will release their first rankings on Tuesday, November 24.

This means that when that first set of rankings is released the committee will have everything Notre dame has shown right now to use in its determination. There is nothing to suggest Notre Dame will be ranked anything below #2 when those rankings come out, but there is also a strong argument to be made that the committee will rank them #1.

Which still doesn’t matter — but this is where we are.