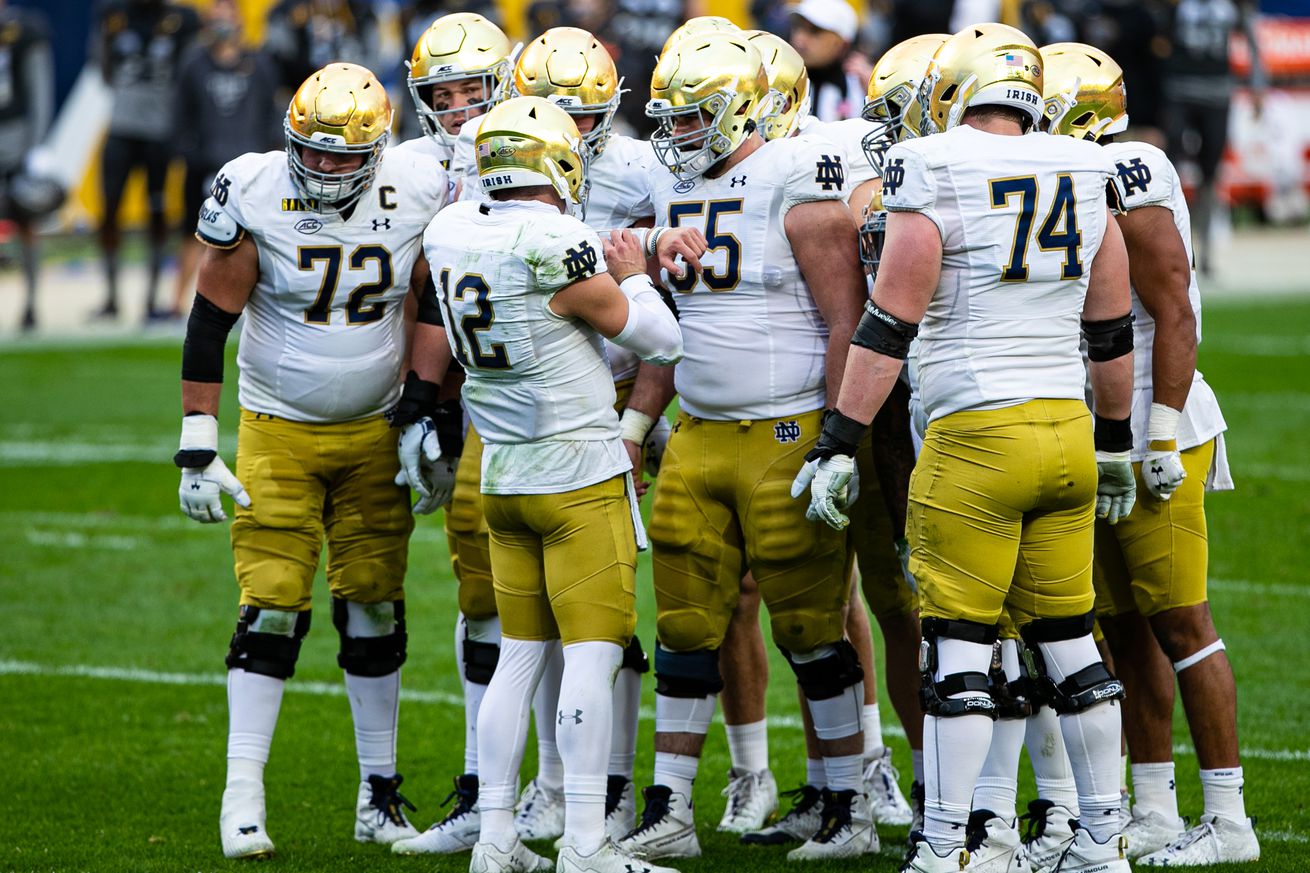 The Notre Dame Fighting Irish beat the crap out of the Pittsburgh Panthers on Saturday and were rewarded with just a single dropped spot in the rankings. Both the AP Top 25 and the Coaches Poll have the Irish at #4 this week after the Ohio State Buckeyes leapfrogged them for the #3 spot.

This was absolutely expected, and I refuse to put too much into my eye rolls. One of the segments on ESPN’s College Gameday was dedicated to bashing ND at #3 and questioning if they should even be in the top 10 — all because they won a game against a conference opponent in a low scoring game.

It’s all bullshit and eye candy. What most continue to fail at mentioning is how dominant this Irish defense is this year. There’s all sorts of stats out there that show Notre Dame’s defense as one of the absolute best in the country, but none of that matters because they kicked a couple of field goals instead of touchdowns in one game.

We also need to keep in mind that Ohio State started the preseason poll ranked #2. The voters love them because there is a lot to love. They’re an incredibly talented team with a Heisman caliber quarterback. So if you think this is some type of unholy conspiracy — it’s not.