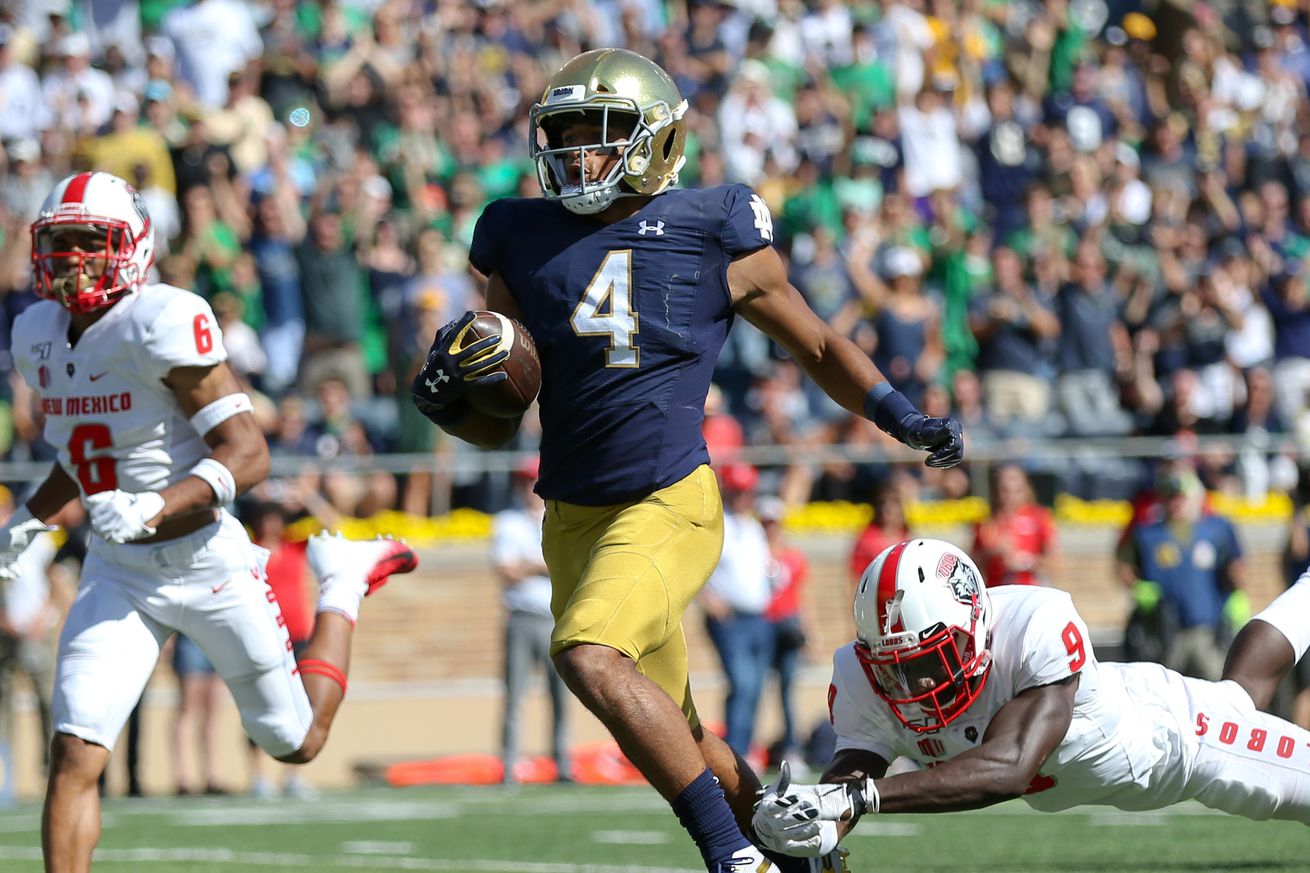 Football is #back AND IM CRYING

Welcome to Notre Dame Fighting Irish Hot and Cold Takes: Duke Edition. As a reminder to all of the readers, this is HEAVILY driven by you. The format allows readers and fans to leave their own takes for the game, both HOT and COLD. As a recap, a HOT take is one that may cause some controversy, but will allow you to say, “CALLED IT!”. A COLD take is still impressive, but is generally more reasonable/expected. During the season, I will feature the most accurate, most interesting, and the most wildly inaccurate after each game week. Now let’s get to the takes for the upcoming action featuring the Notre Dame Fighting Irish and the Duke Blue Devils.

With Kevin Austin sidelined for a few more weeks, look to the veteran receiver with 110 career catches to lead the way. The talks from the offseason is that Skowronek spent tons of time with Ian Book and has developed very nice chemistry with the Irish QB. Skowronek is a big, solid target with very good hands and knack for having great body position when the ball is in the air. Book will rely on him early and often, particularly on third downs. He almost certainly will not lead the team in yards, but look for a 7-8 catches, 85 yards and a touchdown type of performance in his Irish debut.

The combination of Chris Tyree, Braden Lenzy, Avery Davis, and Lawrence Keys III will hopefully have the ball in their hands for kickoffs and punts this year. I think you also toss in Joe Wilkins into that mix as well from a punt return perspective. He is not a burner, but the other guys all have elite track speed. With teams like Duke, the talent gap becomes wider and wider when you get to back ups and special teams. These gaps add up when you have 11 on 11 kick and punt return units. Brian Polian and co should write up some good schemes to provide some holes, and the guys listed above have the ability to take it one cut to the house. We saw glimpses with Braden Lenzy in the bowl game a year ago, which can hopefully be replicated this year. Also can you imagine the pandemonium if Chris Tyree takes the opening kickoff the distance…..?

Braden Lenzy will define 0 as a “fast” number

Braden Lenzy looks like the handsomest man in the universe with that new number. pic.twitter.com/o4TPW3JM71

2020 is the first year college football players will be able to sport the number 0. There have been takes back and forth on if it is a “good” number, but let me say at OFD WE ENDORSE 0 AS A DOPE NUMBER. Lenzy has the chance to define the number 0 the way Rocket did 25. Numbers aren’t defined until a player breaks out in that. Lenzy has a chance to do something very special this year because of his intense work ethic and talent, but that something special will be etched in history as the first “0” star in college football.

Your Takes: Please leave your takes below (hot, cold medium-any temp). I will feature the Top Takes next week. GO IRISH!