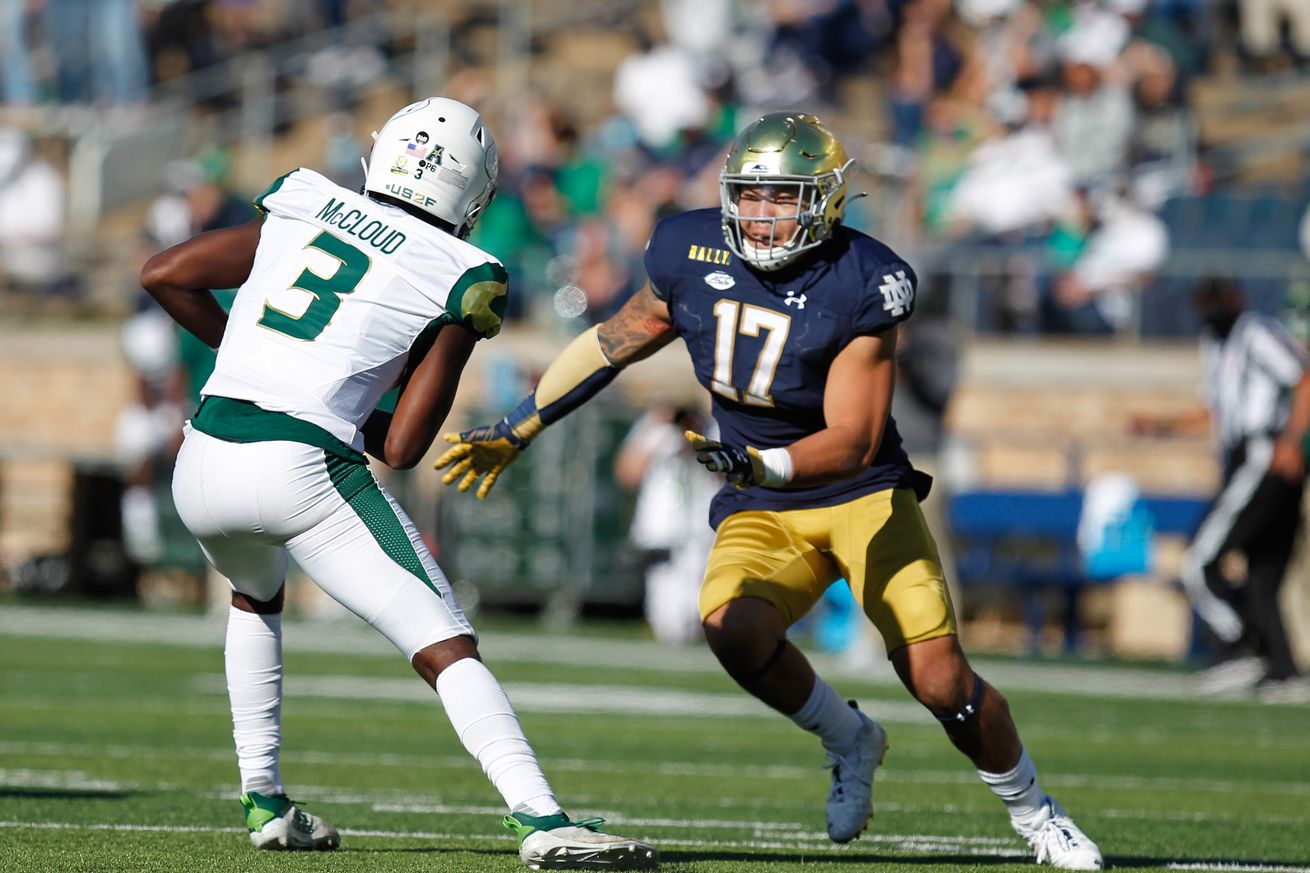 The Notre Dame Fighting Irish rolled up 429 yards in a 52-0 win over the South Florida Bulls. The Irish had great field position all day (avg own 44) so it was a performance that could have been well over 500 yards.

But that doesn’t matter.

The Notre Dame defense was what really stood out on the day by getting a shutout. Notre Dame was playing with backups at a corner and at a safety spot. They were also down to their 3rd string BUCK linebacker in Jack Kiser — the guy that got a game ball for his really solid day of 8 tackles, 2 TFL, and 1 QBH.

There were a lot of points scored, and the offense did some really good things — especially on the ground — but the defense set it all up all afternoon.

You can also add a little special teams love here. Despite Jonathan Doerer missing a field goal, Notre Dame’s coverage unit was outstanding once again, and a Osita Ekwonu blocked punt allowed Jordan Botelho to fall on the ball for a touchdown.

Ian Book had a steady day at quarterback. He was 12-19 for 14s yards and ran the ball 4 times for 9 yards and 3 touchdowns — but he doesn’t want any credit.

Houston Griffith played quite a bit against USF and tied for second on the team with 5 tackles and he also had a TFL. He said Notre Dame’s defense is “60 minutes of hell.”

Kiser got today’s game ball and was very emotional about what all of this meant to him. His hometown has ONE yellow light. This is a very big deal.