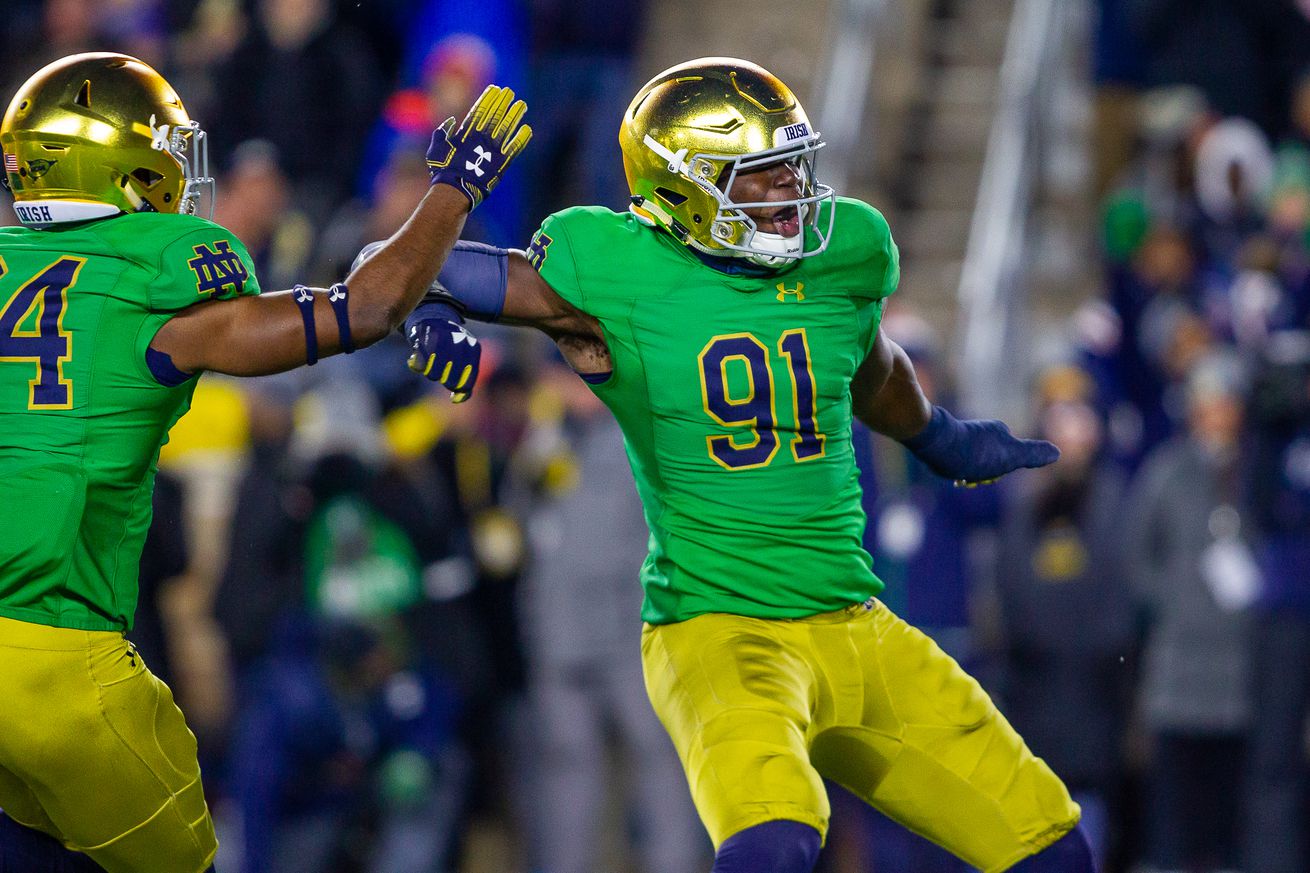 Just do it (or protect this house I guess)

It wasn’t all that long ago when the Notre Dame Fighting Irish refused to publicly support any type of fan movement in terms of a “green out” and things of that nature. That, of course, all changed in 2018.

In 2018 Notre Dame introduced the disastrous Pinstripe uniforms for the Syracuse game, and fans collectively puked. Later that fall, I theorized that since apparel sales were likely down, Notre Dame and Under Armour scrambled to jump on the GREEN OUT train before the 2018 season opener against the Michigan Wolverines. That scramble included a HUGE push to buy “IRISH WEAR GREEN” green shirts from Under Armour DESPITE the fact that the “2018 The Shirt” was actually green and not terrible.

The Michigan was the perfect time to break out the green jerseys, but of course they did not, and chose to wear them against a bad Florida State Seminoles team on Senior Day. In 2019, Notre Dame asked for a green out with the same type of “IRISH WEAR GREEN” campaign against the USC Trojans, and chose to wear blue jerseys.

This is unacceptable. Believing in a curse or jinx or whatever is ALSO unacceptable. Just be cool — wear the green jerseys against the Clemson Tigers.

Once again the Irish are asking YOU to wear green, and even though it seems absurd in 2020 because of there being only like 13,000 fans that will be there, it’s still a thing. So, if they’re asking the fans — they should lead and wear green themselves. Just get over it and make a big game all that more sexier.

WEAR THE GREEN JERSEYS YOU COWARDS!

Next Saturday… the Irish Wear Green.☘️