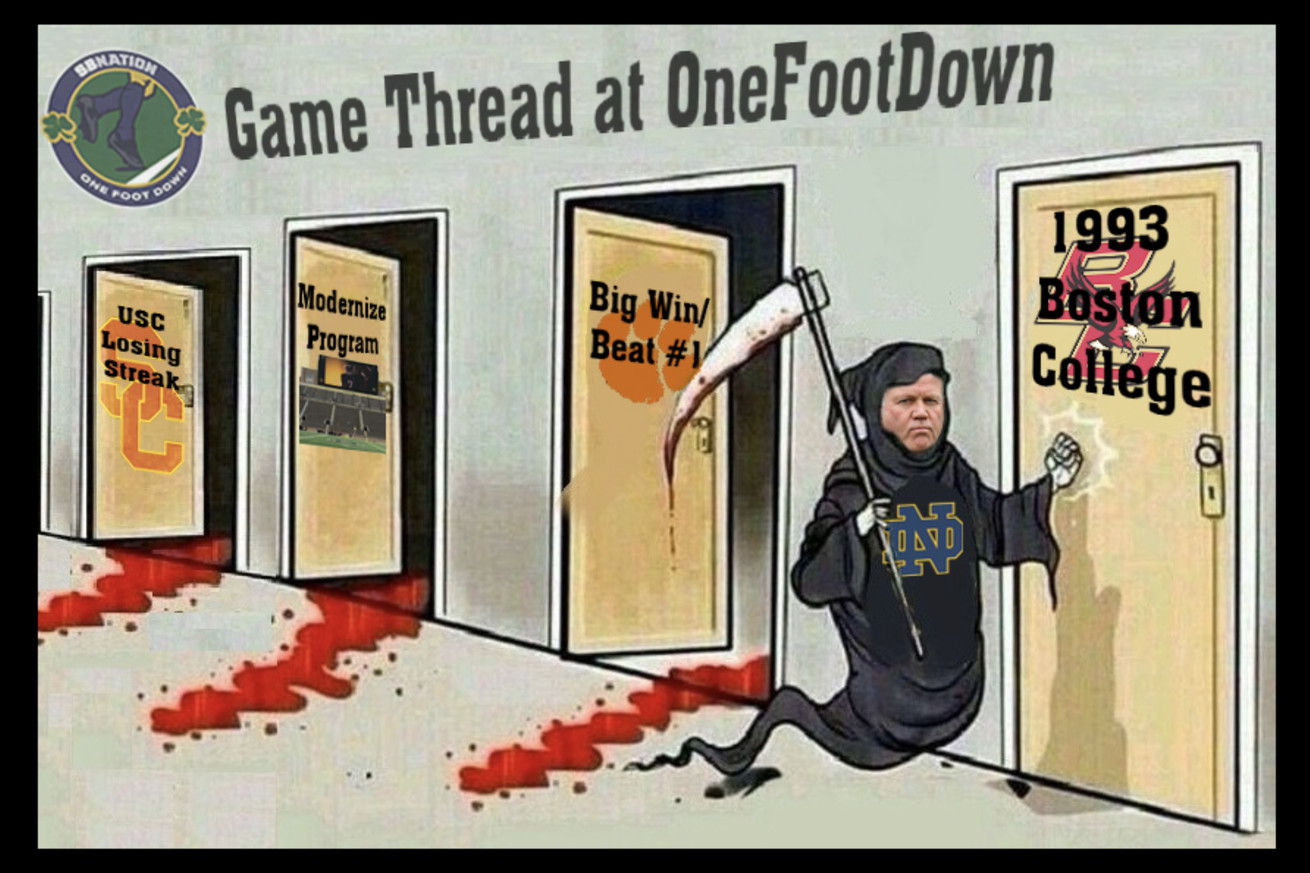 Over the last 25 years (and more) Irish fans have spent a lot of time talking about the demons that surround the football program. Notre Dame has had a demon infestation — but finally we are seeing a real exorcism.

The Brian Kelly era has been nothing short of a holy war with these internal demons, and it hasn’t been easy or quick. Still, as the years drift away, Brian Kelly and Notre Dame have continually swatted down one demon after another — big and small.

Today the Irish face a demon that, quite frankly, has absolutely zero power or effect. The Boston College Eagles took down #1 Notre Dame in 1993 after that glorious Irish win over Florida State, and many Irish fans still lose sleep over this. It haunts them — as it has haunted the program. It’s why so many fans and lazy media members keep bringing up the 93 game despite it having absolutely zero impact on today’s game.

It’s just another demon that Brian Kelly has to destroy. So be it.

WHEN, WHERE, AND HOW TO WATCH

When: 3:30 PM EST
Where: Alumni Stadium, Chestnut Hill Massachusetts
How To Watch: ABC

The game thread is open below. I know many of us are on Twitter for most of the game, but I encourage you to vent and do other things that require more than 280 characters here.

BK will avenge us of the 93’ Demons pic.twitter.com/XrI7TzHS0X