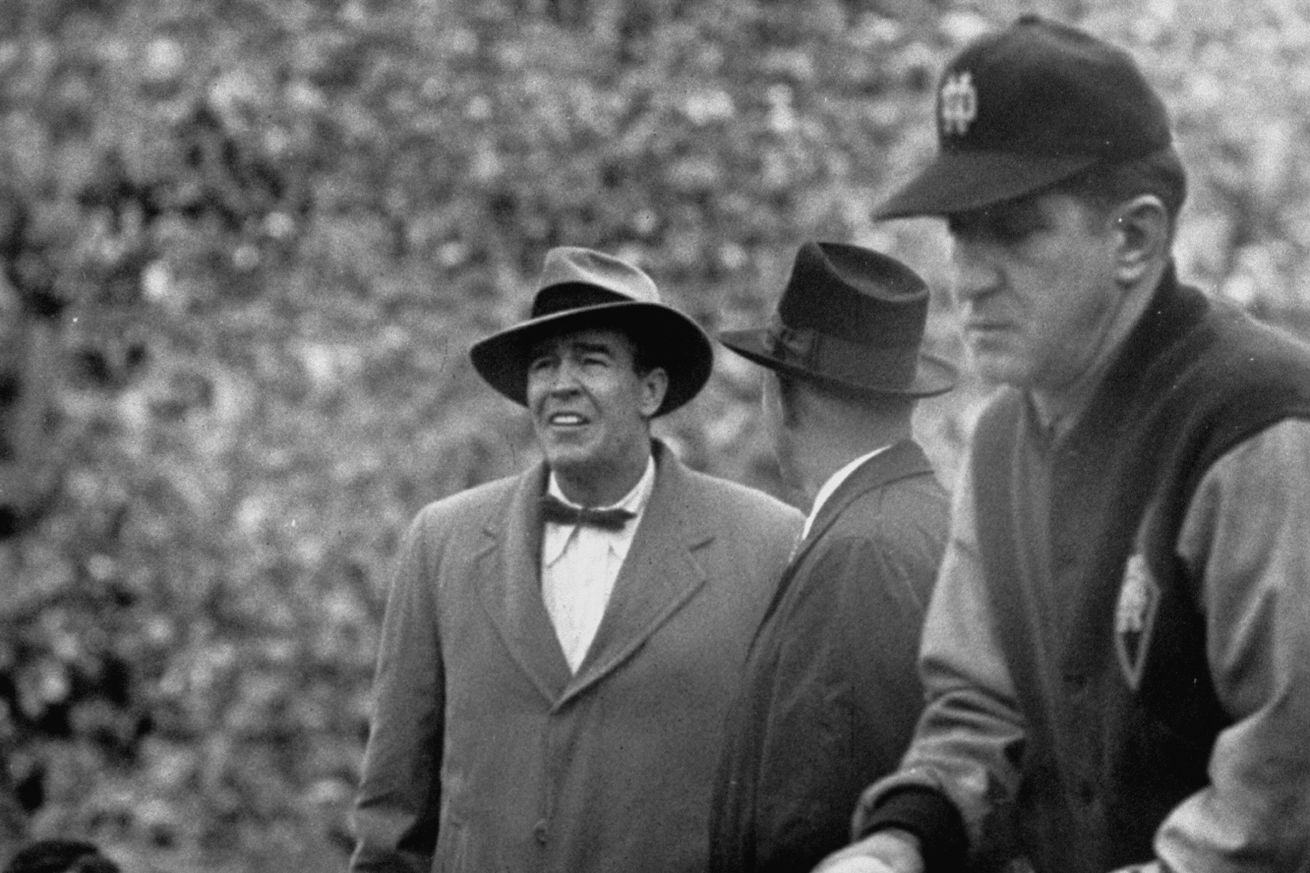 He was also THE MAN

The OFD Bookcast returns as we get deeper into Notre Dame’s Greatest Coaches by Stephen Singular and Moose Krause. In this episode I discuss the next three chapters of the book which include:

And a little bit more weaved in and out. After recording, I really feel like I fell short of explaining the brilliant madness of Frank Leahy — which in the 1940’s would have meant that Moose would be allowed to just hit me over and over again for like an hour. So… be sure to read the book.

Please take a moment to rate and review. All reviews on Apple Podcasts will be read on the next OFD Podcast.

You can listen to the podcast in the player below, on Apple Podcasts, Spotify, Overcast, or wherever you get your favorite podcasts.