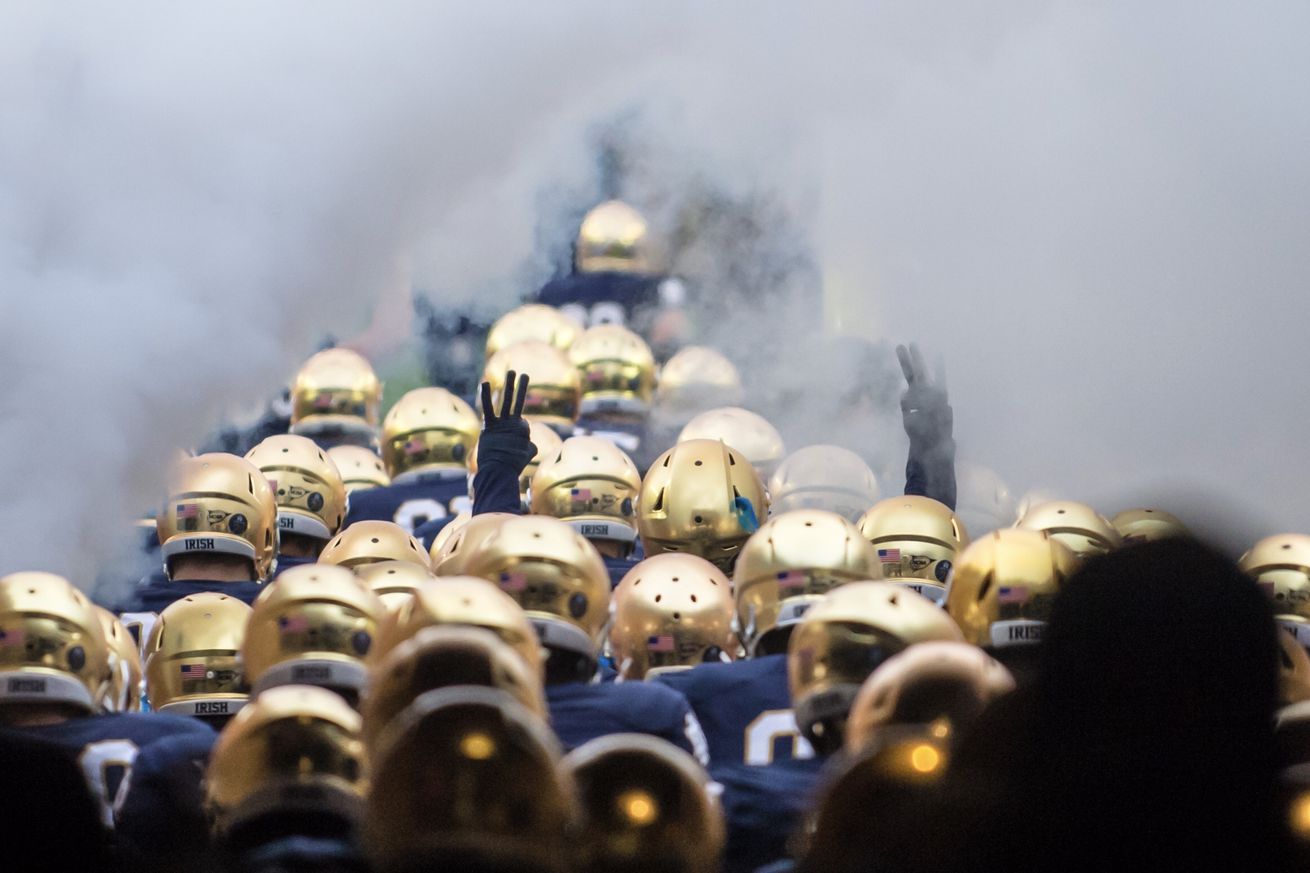 Another narrative on the line against Clemson

Earlier this week, a friend sent me this graphic about the Notre Dame Fighting Irish:

It struck me when viewing this that “no one comes to South Bend and wins” is a statement of a relatively recent vintage. When college football fans discuss the most fearsome venues in the sport, Notre Dame Stadium seldom comes up. To a large extent Notre Dame itself is responsible for this: between a mild-mannered and polychromatically dressed fanbase, a smaller overall crowd size, an administration more focused on hospitality than hostility and a handful of crushing home losses – often to low-profile opponents – earlier in the last decade, much has happened to diminish Notre Dame’s home-field intimidation factor.

In recent years, however, the Irish have fiercely protected their home field. And so that home win streak stands: 22 games and counting, with several solid squads on the victims’ roster. No visiting team since the 2017 Georgia Bulldogs – a team that came within a hair’s breadth of winning the national title – has walked off the field in South Bend victorious.

If the Irish are to reclaim their place as a truly dominant force on the national scene in college football, establishing Notre Dame Stadium as a hostile place for opponents to play will be a critical step. Teams should be afraid to come to South Bend; standing in the shadow of Touchdown Jesus should fill them not only with reverence, but with fear. An L should be expected in South Bend the same way it is expected in Tuscaloosa or Columbus.

The current home win streak is a healthy step in that direction, but now the Irish have an opportunity to make a definitive statement with the #1 Clemson Tigers coming to town on Saturday. A win in this game would be many things: the most significant game of the 21st century for Notre Dame; a signature win for coach Brian Kelly; and a legitimizing victory for a team with College Football Playoff aspirations. It would also go a long way toward giving Notre Dame Stadium a reputation as a house of pain – a graveyard of football empires. No, the full home crowd won’t be there; no, neither will Trevor Lawrence. Still, when we talk about the wins that make a team and place legendary, we talk about games like this. It might contribute all the more to the lore of the Irish turf that they were able to defend it without a roaring crowd at their backs.

Looking ahead at the games to come, a victory against Clemson would also likely mean that the Irish would carry their home win streak into at least the 2021 matchup against the USC Trojans. This is yet one more way in which this game is not just a one-day affair, but a step on the journey to something greater.

As the folks who make the Irish uniforms would say: it’s time to protect this house.