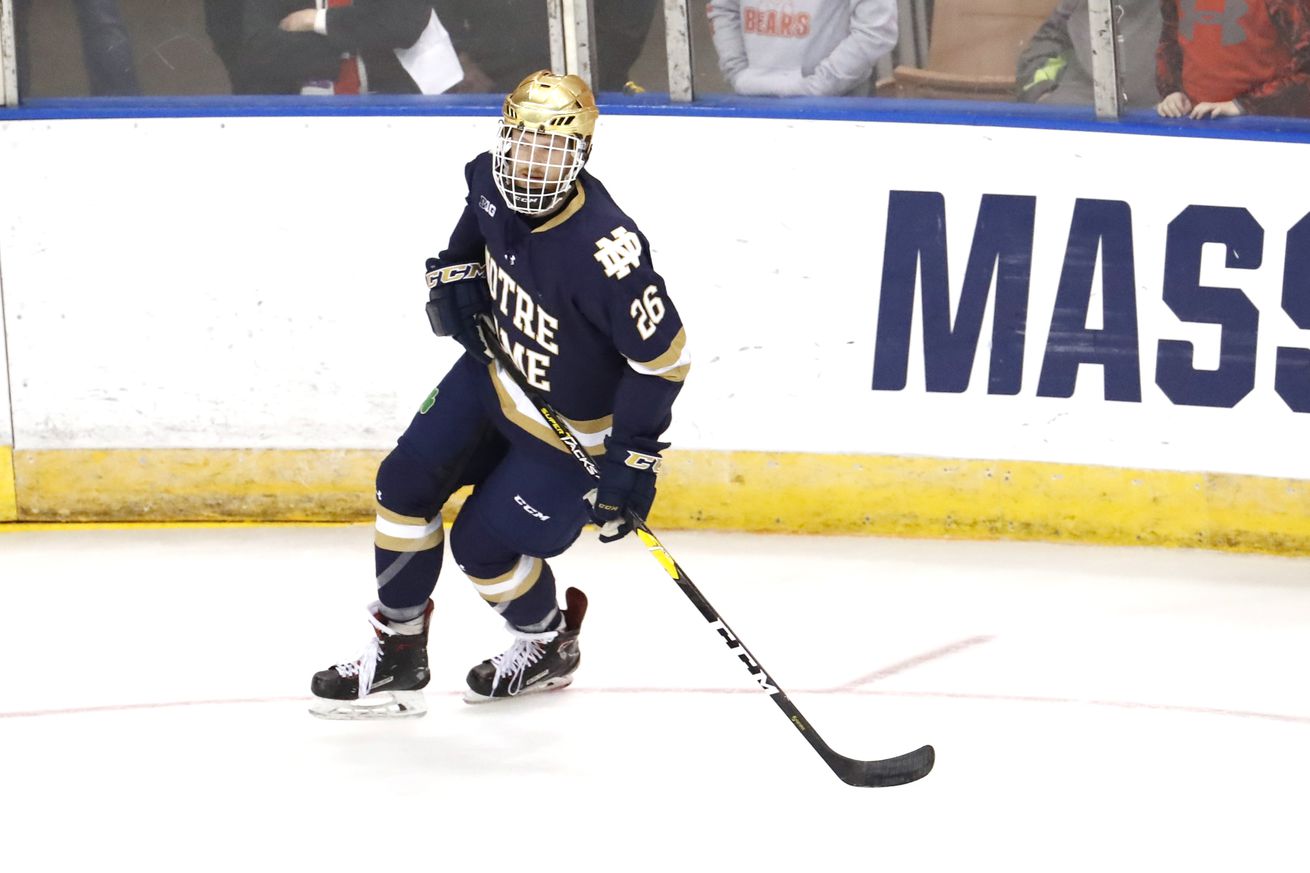 The former Irish forward is headed to the pros.

Cam you believe?!@NDHockey forward Cam Morrison has inked a two-year contract that runs through the 2021-22 season ($925,000 AAV)! #Blackhawks pic.twitter.com/PUV8ffx8v0

Morrison, who finished his career at Notre Dame when the season ended in March, was drafted by the Colorado Avalanche in the second round of the 2016 NHL Entry Draft. After not signing with the Avalanche, his rights expired on August 15 and he became a free agent.

Over his four years at Notre Dame Morrison scored 95 points (44 goals, 51 assists) with at least 20 points in each season. He may be best remembered though for his postseason heroics throughout his career. He scored the game winning goal in the 2018 and 2019 Big Ten Championship Games as well as assisting on the game winning goal that sent Notre Dame to the 2018 National Championship and scored an overtime winner in the 2109 regional.

Morrison will likely start his career in the AHL with the Rockford IceHogs, but should be able to contribute with the Blackhawks before long.

Hey, @NHLBlackhawks, just giving you a heads up that this Cam guy is pretty clutch. @cammorrison6 • #IrishInTheNHL☘️ pic.twitter.com/Tug4aFWOB5